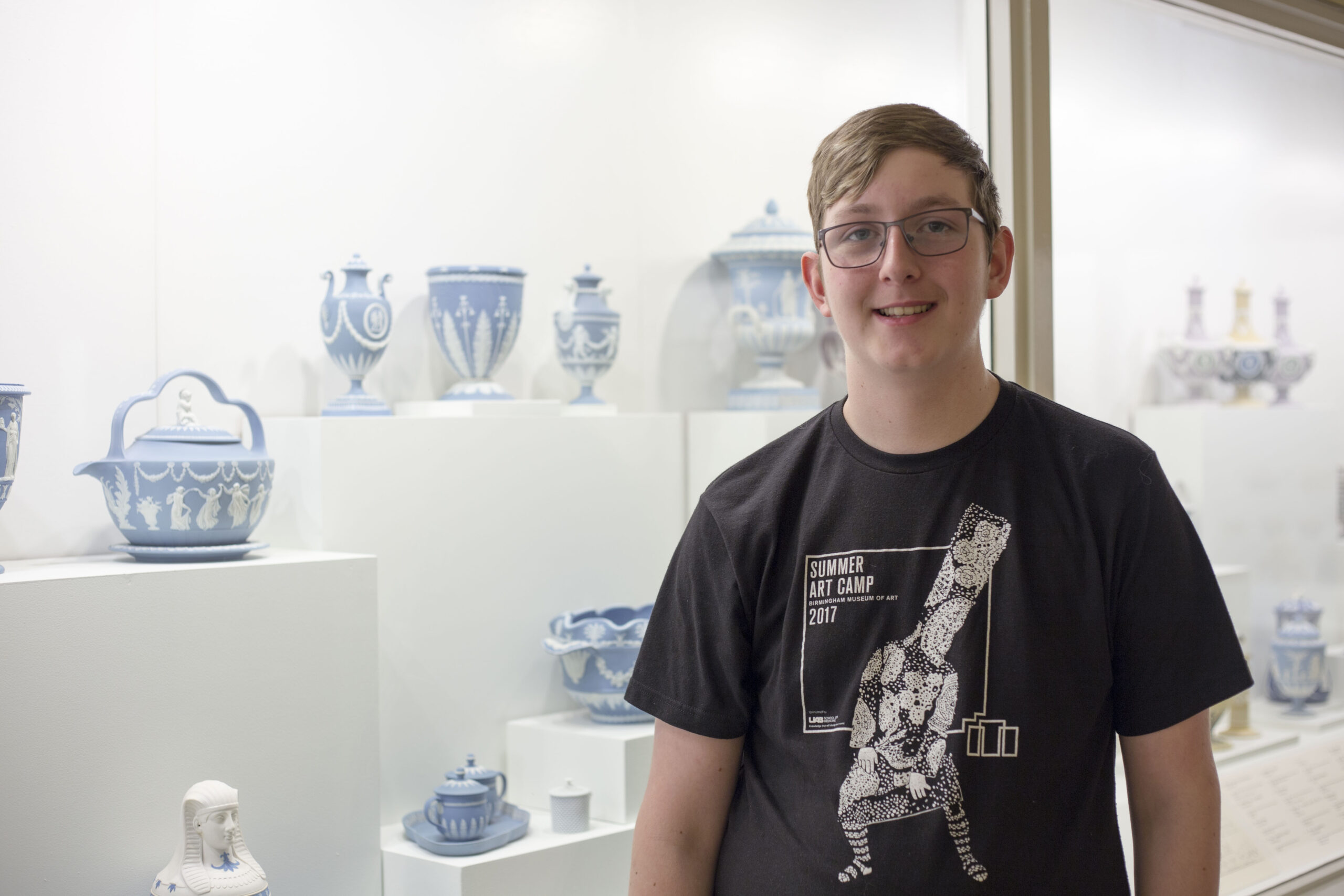 Traveling from Essex, located an hour northeast of London, 18-year-old William Leisk arrived in Birmingham this summer to study the Museum’s Wedgwood collection during an eight week-long internship.

Leisk had previously met Anne Forschler-Tarrasch, Chief Curator and Curator of Decorative Arts, in London at the 2016 Wedgwood International Seminar, a gathering of Wedgwood collectors, scholars and ceramic enthusiasts. As one of the youngest conference attendees, Leisk’s fascination with Wedgwood left an impression.

“Anne took an interest in how much I knew about Wedgwood and my passion for it,” Leisk said. “One day, in a taxi, she offered me the opportunity to do an internship here.”

Leisk spent months raising money for his trip across the pond. Forschler-Tarrasch reached out to AL.com, and the media outlet published an article in November about Leisk, his fascination with Wedgwood, and his growing personal collection. The article promoted a GoFundMe page that he created to raise money for the trip, and he received donations from many who were interested in his story and excited about his opportunity at the BMA, including Museum employees.

“I met William last summer and was so impressed by his passion for Wedgwood, at such a young age,” Forschler-Tarrasch said. “I think that a lot of people, including BMA staff members, were intrigued by William and were caught up in his enthusiasm. Many people wanted to help him achieve his goal.”

In addition to selling items from his personal collection, Leisk received a grant from his school to come to the Museum and further explore his interest.

Leisk’s fascination with Wedgwood began as a child when his mother took him to museums, auctions, and antique fairs. Unsure of what exactly sparked his fascination with the pottery created by Josiah Wedgwood, Leisk believes the colors, history, and production process caught his attention.

When he began obtaining pieces of Wedgwood for a personal collection, he focused on buying cheaper pieces of more modern work that he could find for one or two pounds each. However, as he became more knowledgeable, Leisk began selling the modern pieces and buying older, more expensive pieces of Wedgwood. His collection once included between 300 and 400 pieces, but Leisk now holds about 100 pieces, a smaller quantity of 18th and 19th century pottery.

During his internship, Leisk spent most of his time in the BMA conservation lab studying the objects, researching their history, and comparing them to the pieces found in other museums. He became interested in the connections between Wedgwood, the United States, and the American interest in English pottery, and gained a better understanding of careers in the museum field.