On July 22, the Birmingham Museum of Art unveiled the final panels of a national award-winning community mural project to beautify the Shields Conference Center at W.C. Patton Park, a response to the destruction of the April 2013 tornadoes. The unveiling of the project “Into the Streets” was attended by hundreds of the students, teachers, and volunteers who created the murals, along with Birmingham City Councilors William Parker of District 4, Valerie Abbott of District 3, and Sheila Tyson of District 6.

Since 2013, the Birmingham Museum of Art has worked with thousands of children representing all nine districts in the City of Birmingham to design and paint a total of 56 large-scale, brightly colored murals. The murals have been installed over the windows at the Shields Conference Center, and are visible from Interstate 20/59 and many flight routes to and from Birmingham. Artist-in-Residence at the Birmingham Museum of Art, Toby Richards spearheaded the project, which recently won third place at the Neighborhoods, USA Conference. To realize the project, Richards partnered with UAB, teachers at Jefferson County and Birmingham City Schools, and The Mayor’s Office on Americans with Disabilities.

Of the collaboration Ms. Richards commented, “The panels symbolize a truly united community, brought together by a common goal: to make our city a better place through art.”

Linda Coleman, ADA Director for the City of Birmingham, commented: “When people look from the highway they used to see a broken-down building in a flood zone, but now the center provides a welcoming canvas for all of the citizens of Birmingham, along with others who fly into the Magic City.” 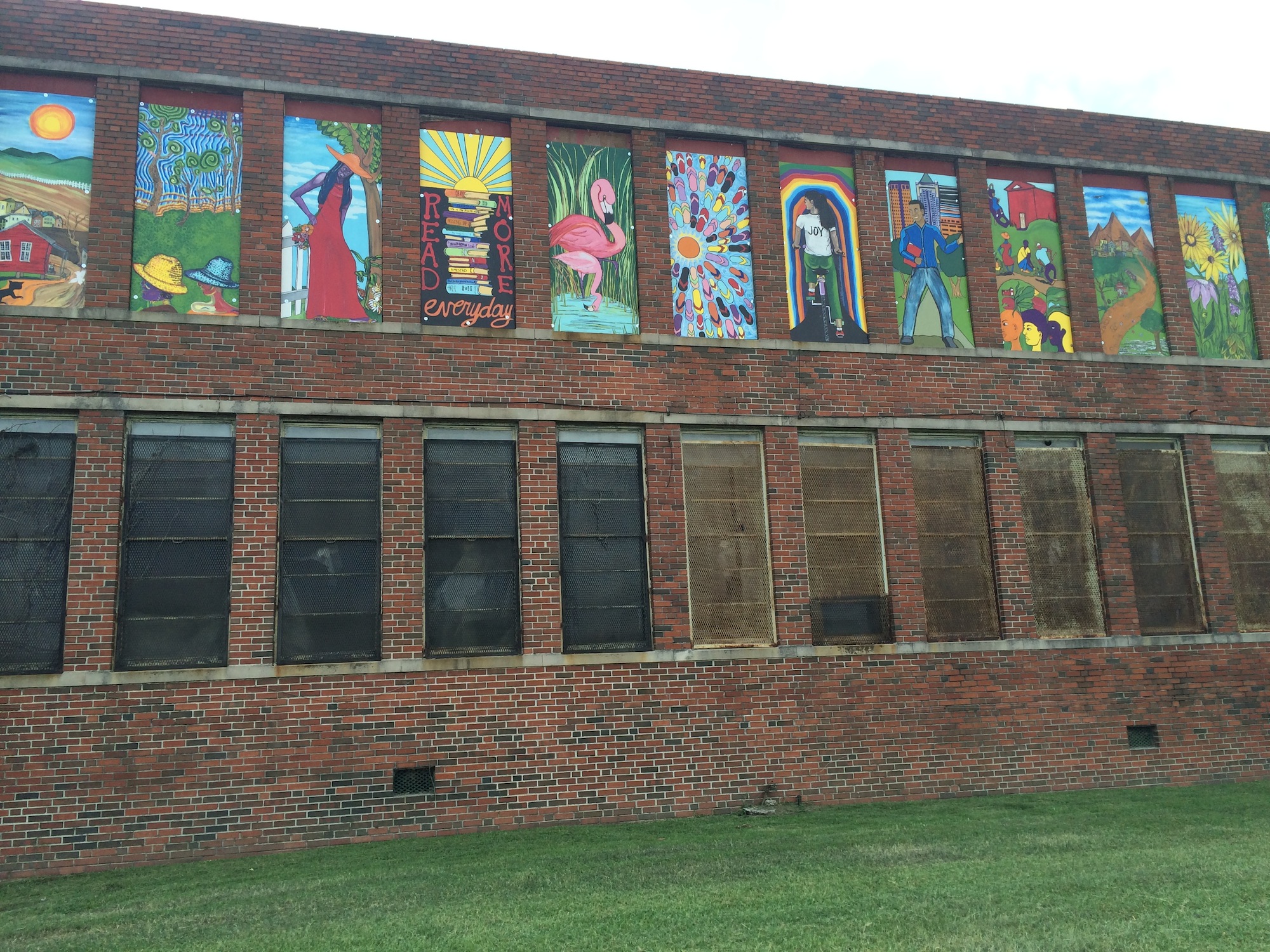 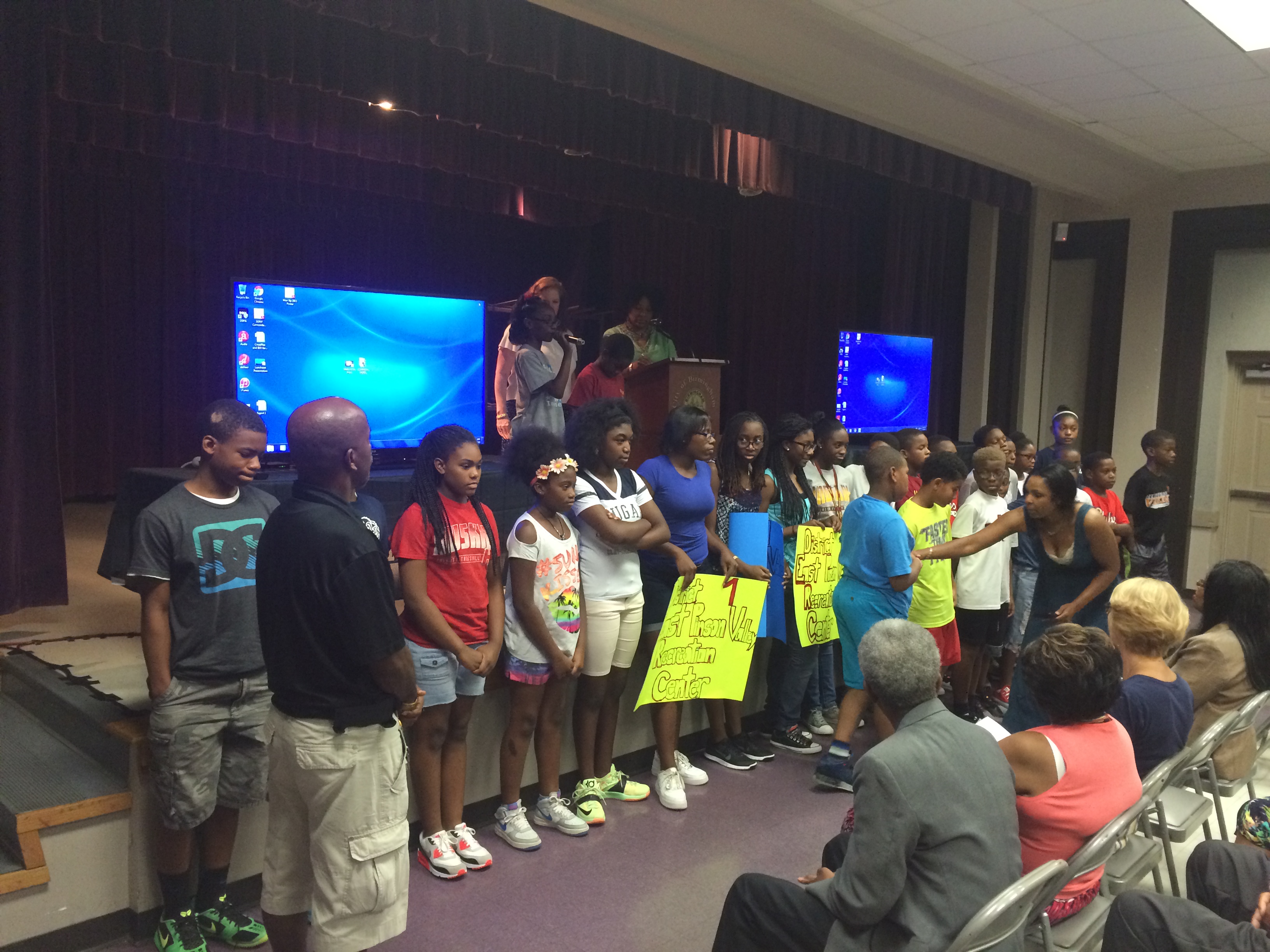 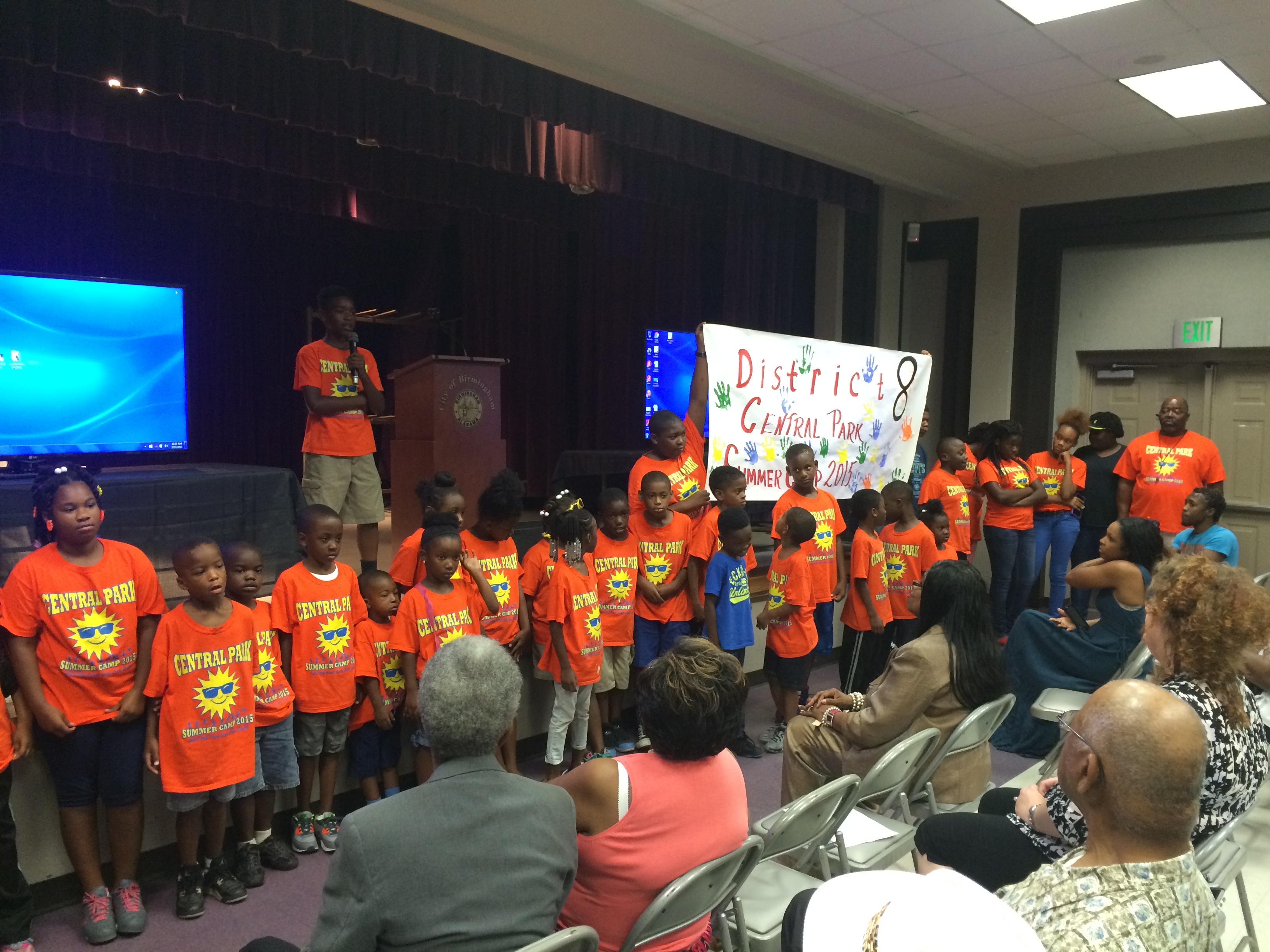 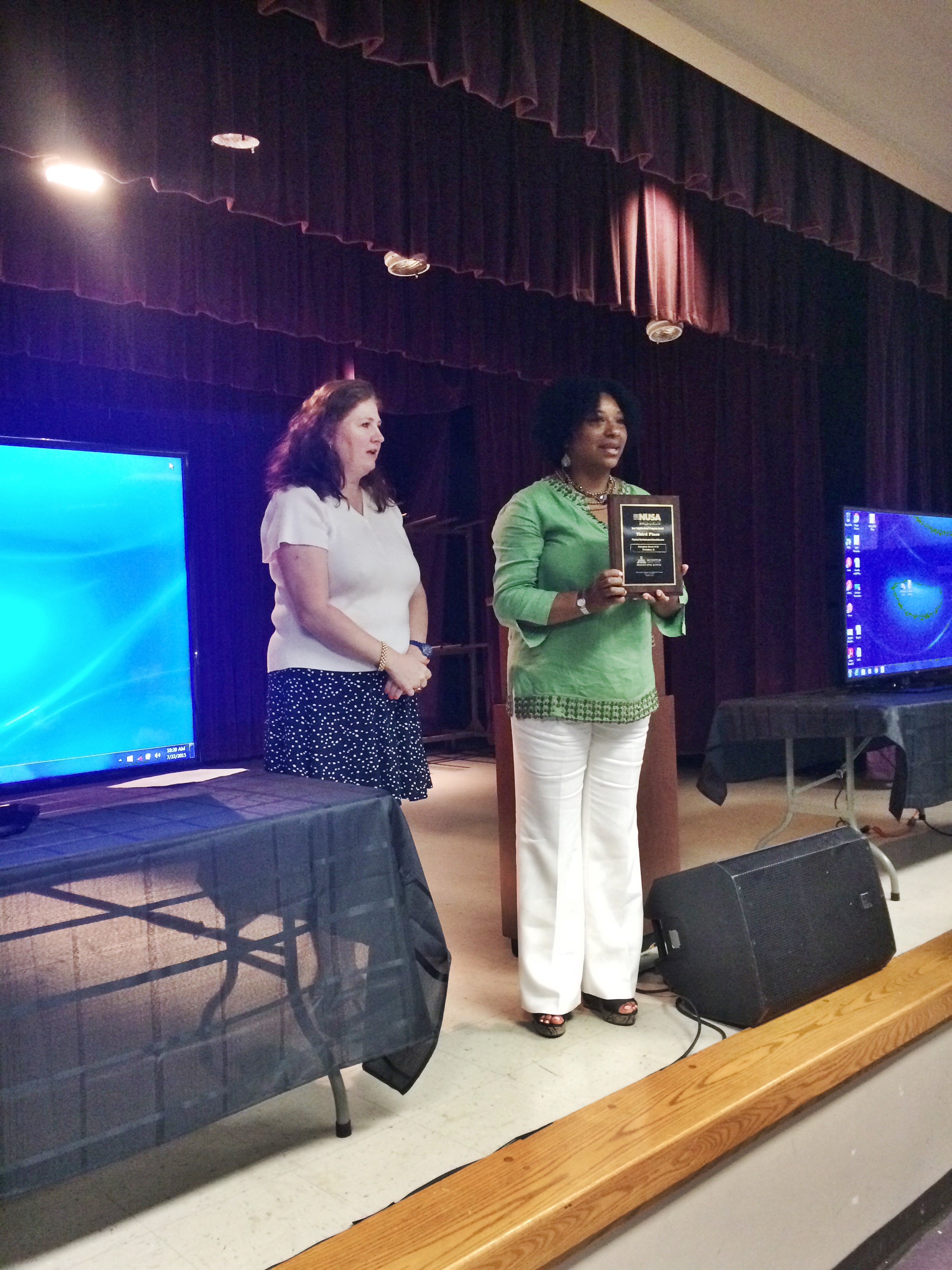 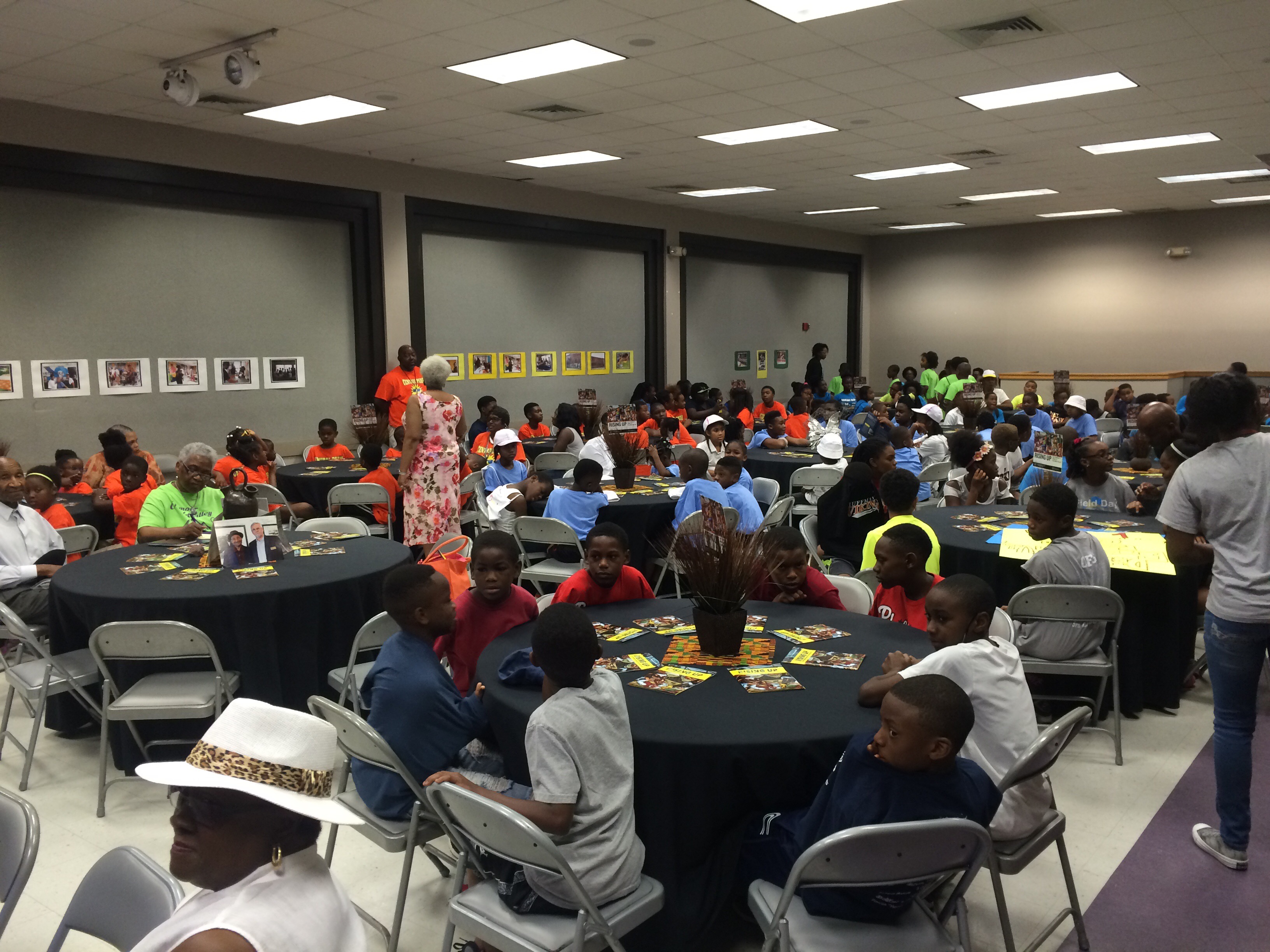