Happy birthday to Rembrandt van Rijn, born on this day in 1606! Did you know that the BMA collection includes a number of pieces by the famous painter and printmaker, whom many acknowledge as the greatest Dutch artist of all time? Read along about his life, and take a look at several Rembrandt etchings from the BMA’s collection below.

Rembrandt’s artistic talent became evident at a young age. His family, who was not wealthy but valued education, sent him to the Leiden Latin School to begin his formal learning. After seven years there, 14 year-old Rembrandt continued his studies at the University of Leiden but left soon afterwards to focus on creating art. He learned painting techniques from local artist Jacob Isaacz van Swanenburgh for three years before traveling to Amsterdam to study under the famous history painter Pieter Lastman. After just six months, Rembrandt, who had proved a fast learner, returned to Leiden to take on his own students. There, the 22-year-old artist made a name for himself quickly with his skillful history paintings and portraits.

Unfortunately, Rembrandt’s life from then on was plagued with tragedy, as three of his four children died shortly after birth. Within a few years, Saskia passed away at the young age of 30. Furthermore, though Rembrandt had established himself in the art world, his expensive house and way of living proved too burdensome. His misfortune continued with the death of Hendrickje, his romantic partner, in 1663 and his Titus, his son, in 1668 at age 27. Rembrandt passed away the following year.

Rembrandt’s suffering over the course of his career did not seem to inhibit his creative energy and talent. Among his many famous works were his etchings, five of which are in the BMA collection. The prints reveal not only his interest and talent in self portraits, which reflect his personality and the different stages of his life, but also his care for detail and delicacy throughout the intricate and involved etching process. 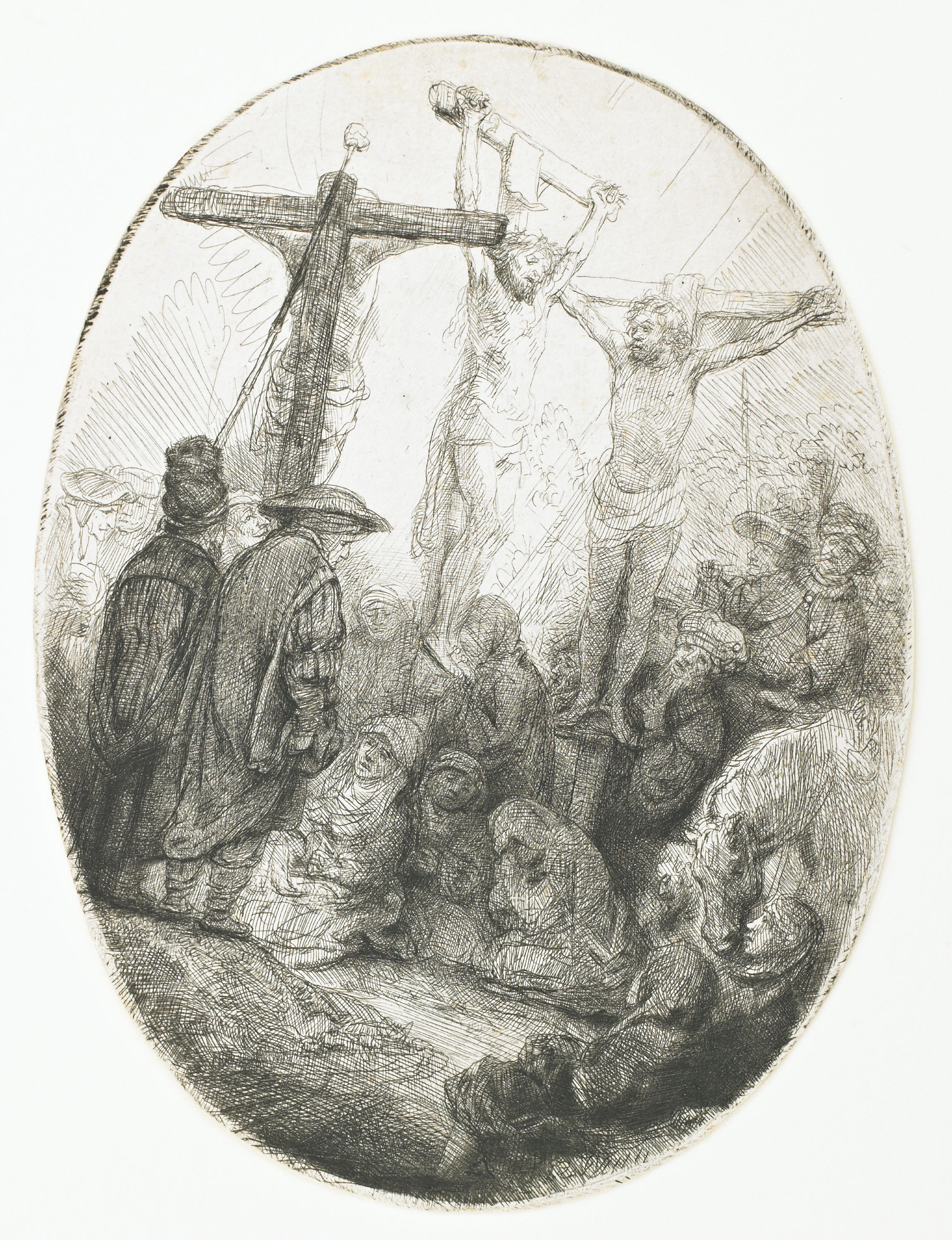 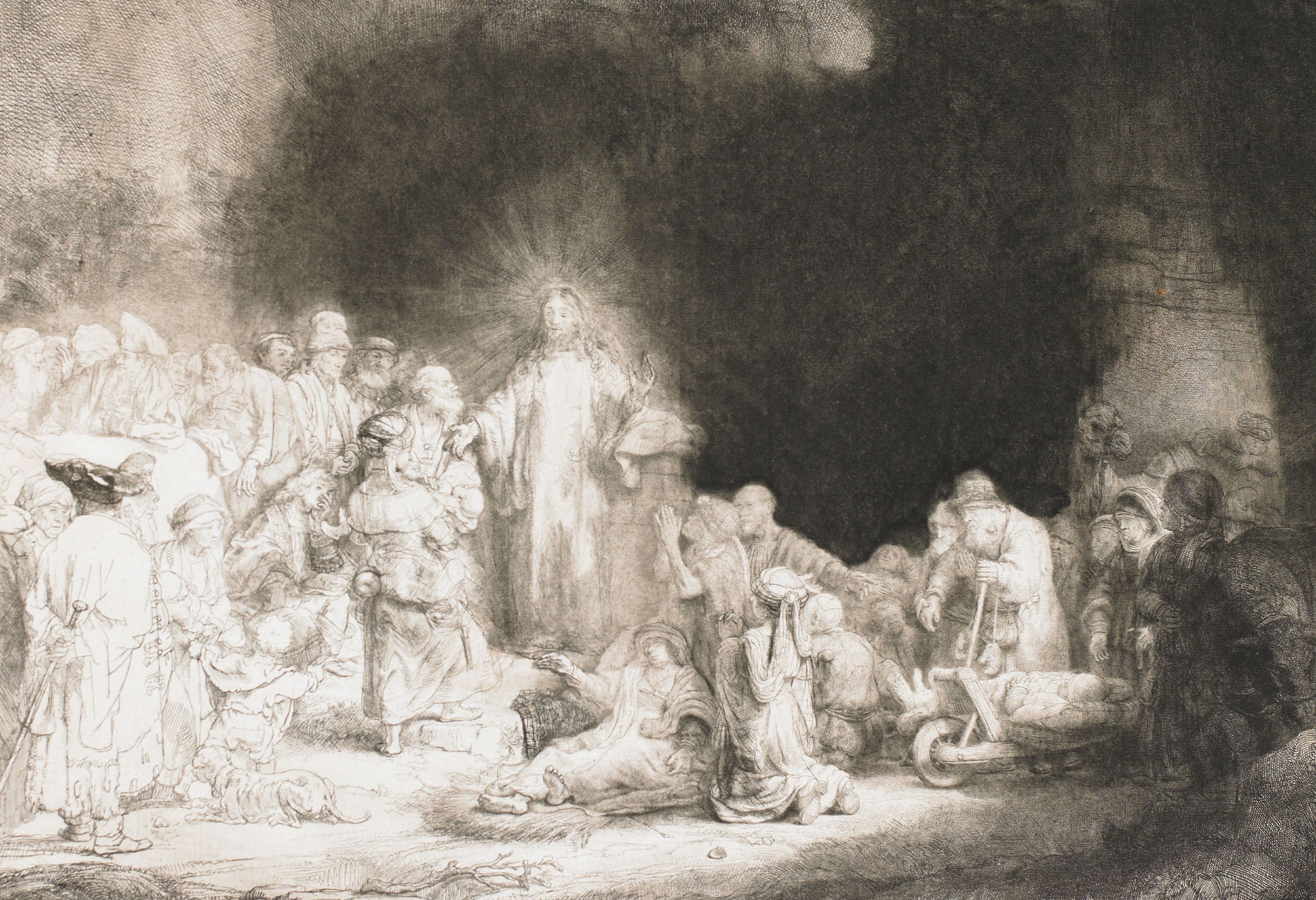 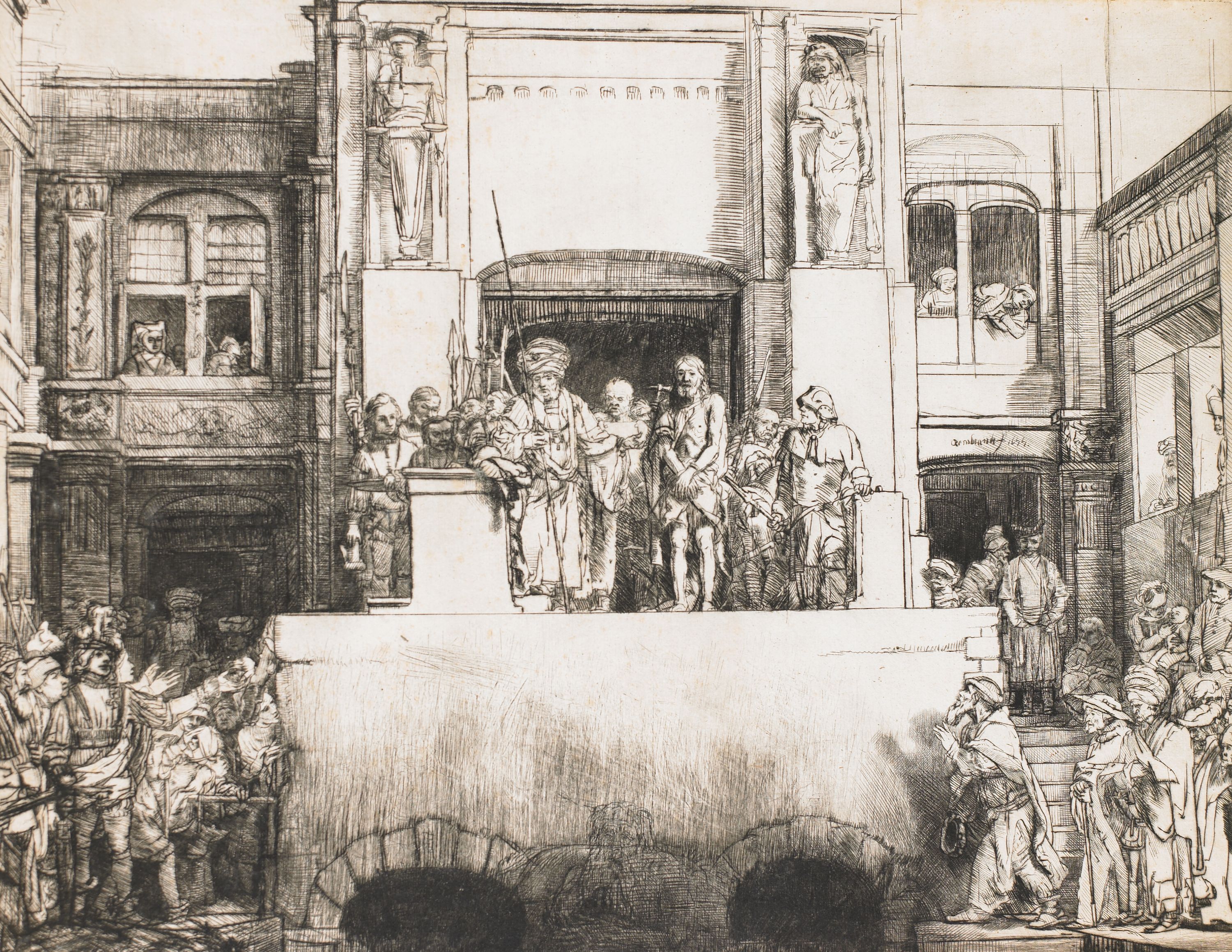 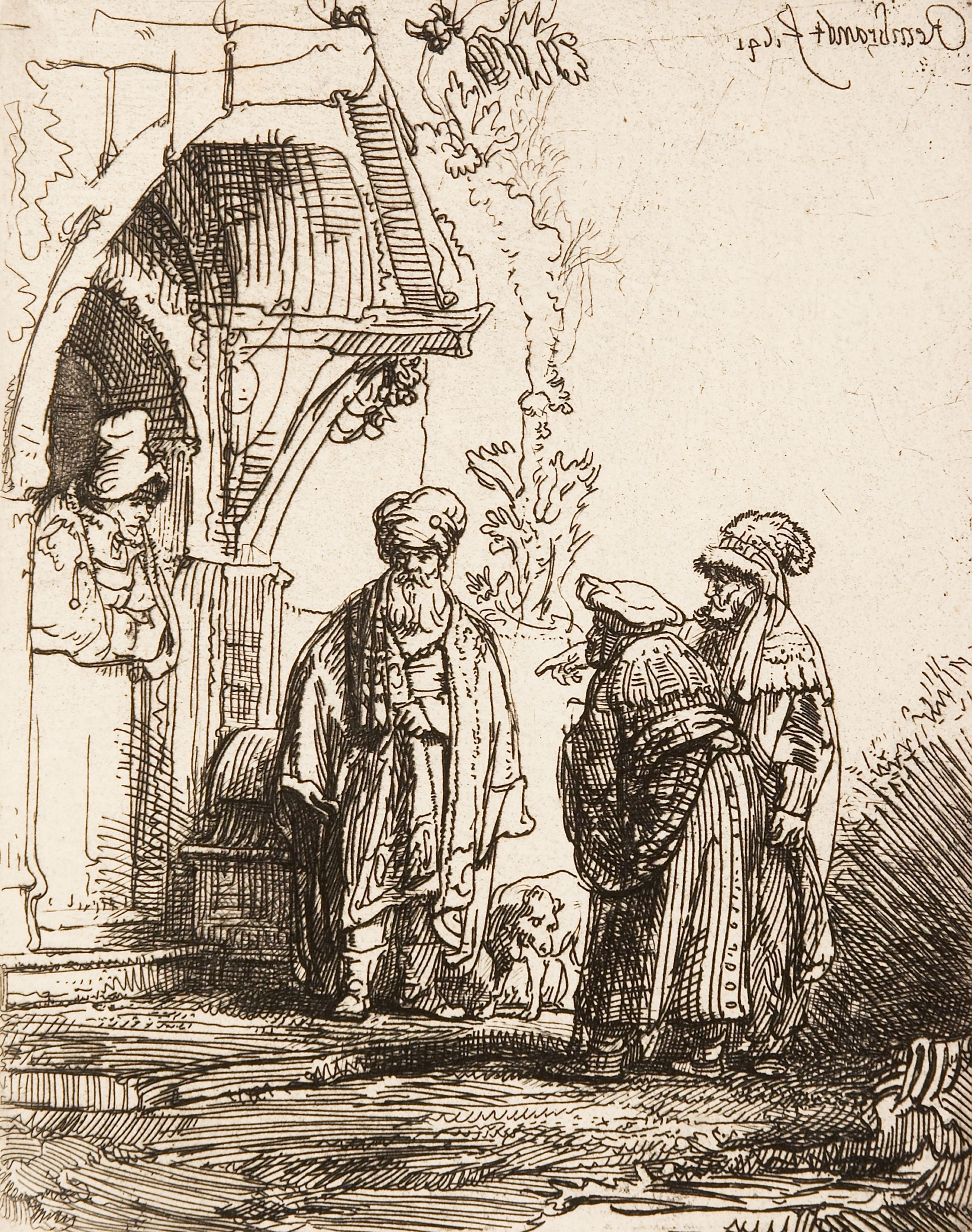 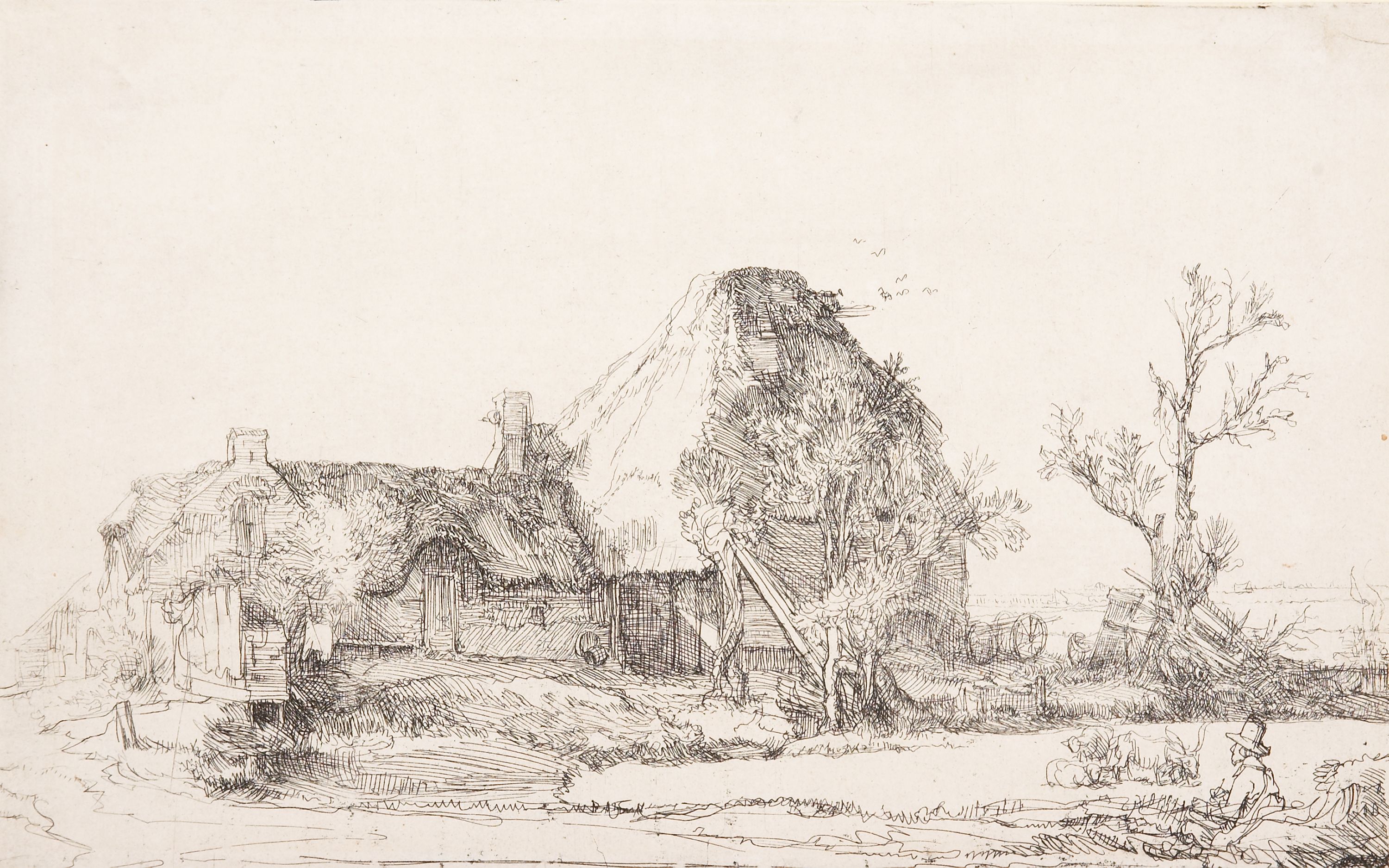 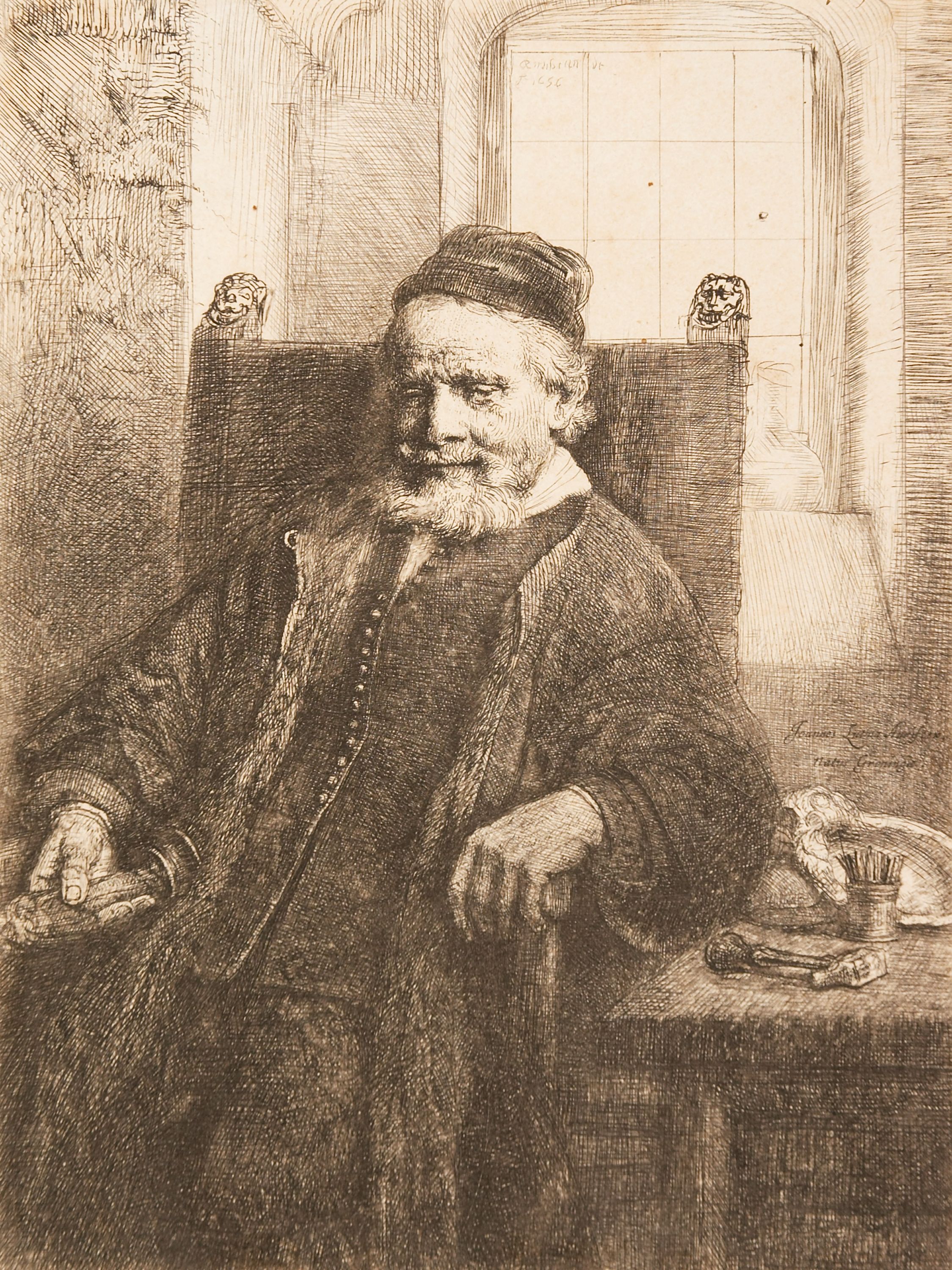 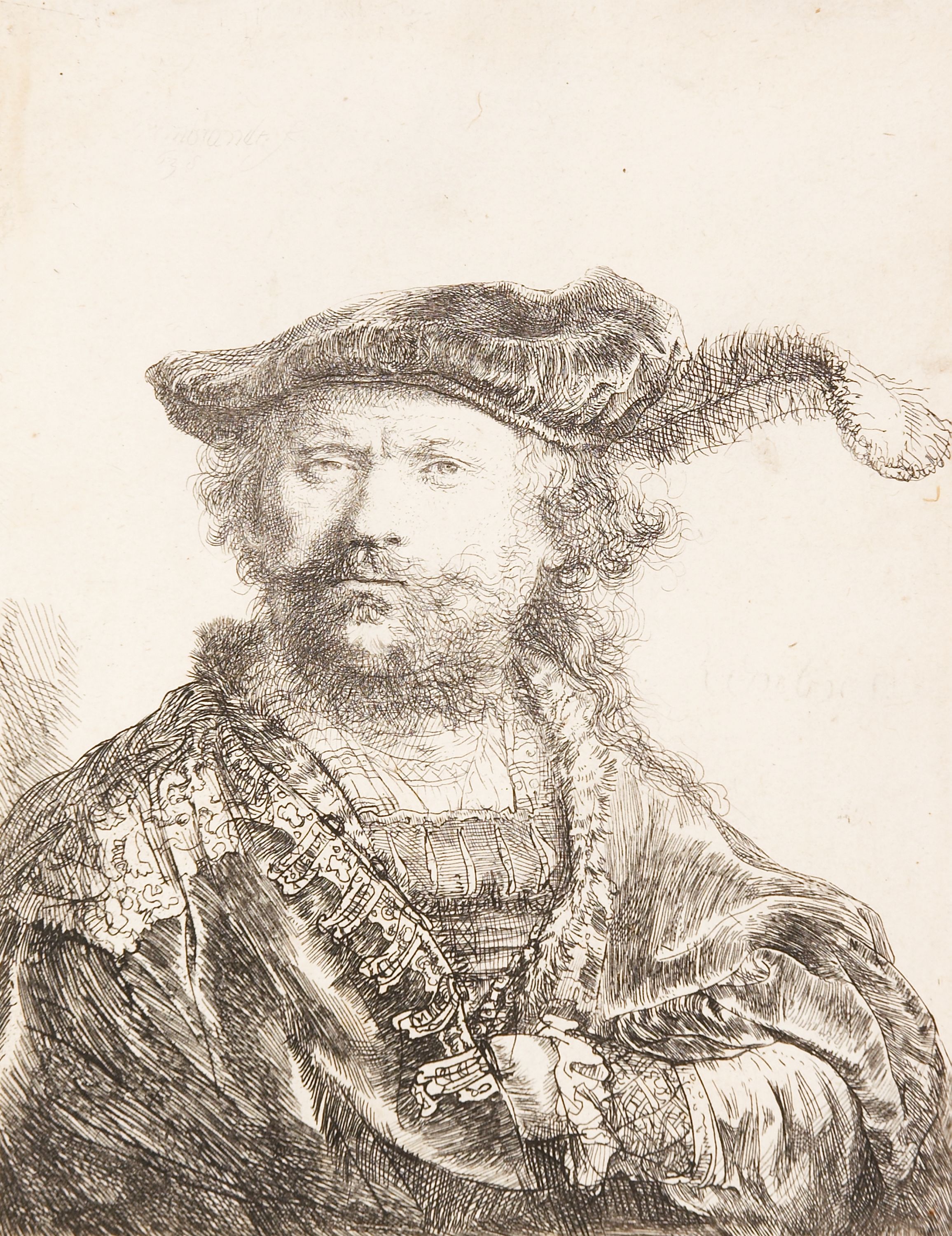 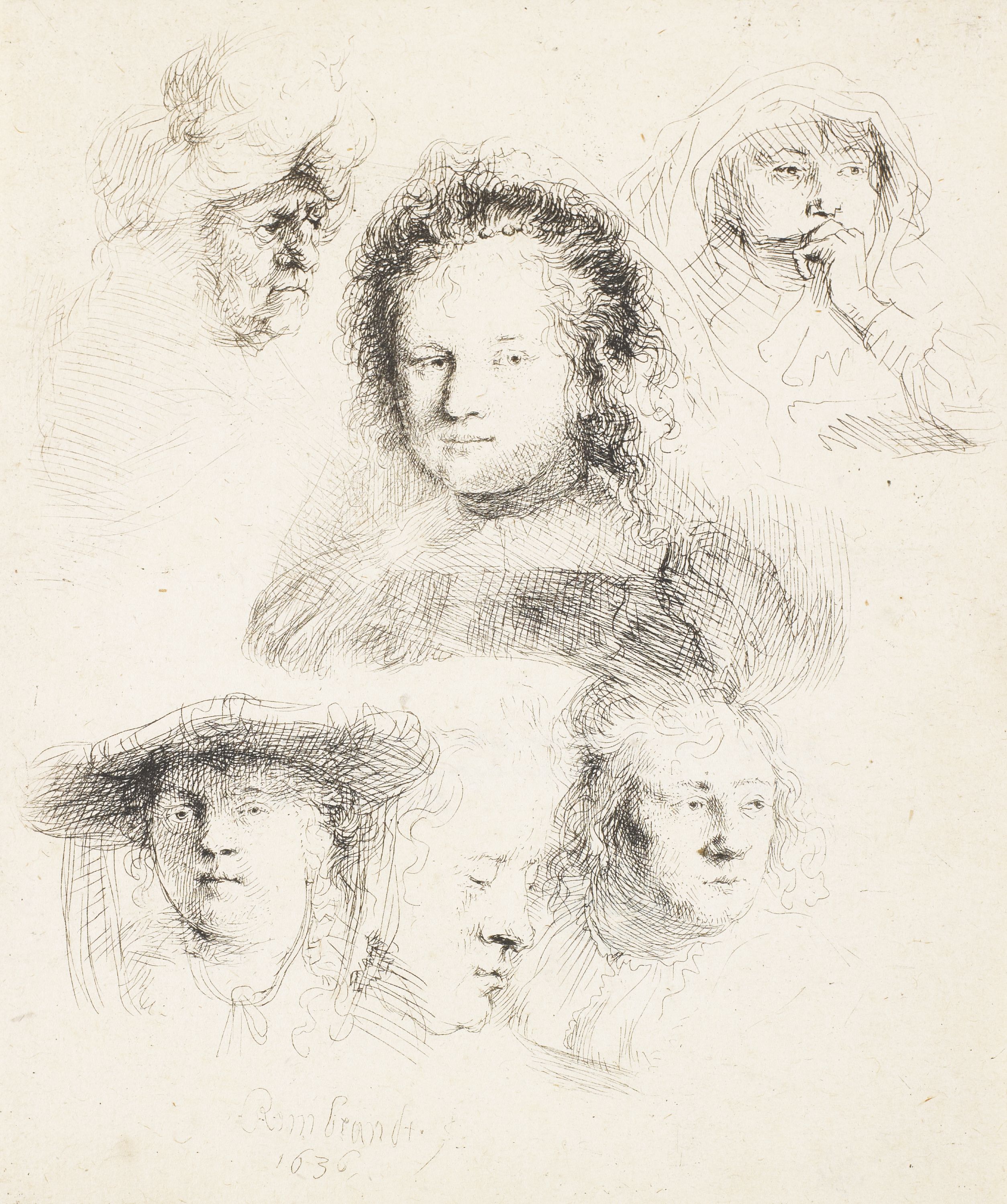