Longtime BMA patrons Norm and Carnetta Davis are featured the October issue of B-Metro magazine for their expansive collection of work by African-American artists. Check out the excerpted piece below and read more on B-Metro’s website.

Displayed prominently on the living room wall of Norm and Carnetta Davis’s house in suburban Birmingham is a piece of art that sums up the couple’s decades-long commitment to tradition, community, and art. On a large piece of weathered wood, etched in black, is an image of Carnetta’s mother, recreated here along with objects that capture an echo from her life as an educator and mother, a matriarch.

The work was commissioned by the Davises from the artist Whitfield Lovell, who is internationally renowned for his installations that incorporate masterful Conte crayon portraits of anonymous African-Americans from the time period between the Emancipation Proclamation and the Civil Rights Movement. Using vintage photography as his source, Lovell often pairs his subjects with found objects, evoking personal memories, ancestral connections, and the collective American past. In 2007, Lovell was awarded with a MacArthur Foundation fellowship, often referred to as the “genius grant.”

The piece created by Lovell for Norm and Carnetta captures the essence of the collection that they have spent the last dozen years assembling, work that helps to tell the continuing story of the evolution of African-American art. The Davis Collection includes more than 100 works of African-American art, spanning the 19th to the 21st centuries. It includes such well-known names as Henry Ossawa Tanner, Charles Evan Porter, Allan Rohan Crite, Benny Andrews, Kevin Cole, and Radcliffe Bailey, among others. “What we once naively defined as African-American art based on the color of the artist’s skin and the skin color of the subjects painted we now realize is as broad and deep as the world of art itself. We have gotten to know many artists, art professionals, and other art collectors who have helped to enrich our lives and have provided unforgettable experiences for us. We thoroughly enjoy our hobby and newfound appreciation for this genre of work,” Carnetta says.

Graham Boettcher, chief curator and The William Cary Hulsey Curator of American Art at the Birmingham Museum of Art, has long admired the commitment of the Davises to their collection efforts. “The Davis collection, which comprises the work of historical artists such as Henry Ossawa Tanner and Richmond Barthé, as well as modern masters including Radcliffe Bailey and Whitfield Lovell, presents a magnificent survey of art made by African-American artists from the late 19th century through the present,” Boettcher says. “It is most impressive for its breadth and comprehensiveness. There are few artists that have escaped the eyes of these astute collectors, and those whose work is yet missing from their collection will undoubtedly be sourced and acquired by the Davises in the future. They are very committed collectors.”

The genre of African-American art is of particular importance and interest to Boettcher and the BMA. “There are a couple other private collectors of African-American art in the Birmingham community, but I would say that Norm and Carnetta’s collection is special because it doesn’t just focus on the work of contemporary artists, but traces the history of black artists in America from a very early point,” he says. “The area in which the Davises collect is very important to the Birmingham Museum of Art, and is a major institutional priority in terms of our collecting focus. My single most significant purchase for the Department of American Art since arriving at the BMA in 2006 is a major landscape—“A Dream of Italy” (1865)—by the African-American landscape painter Robert Seldon Duncanson (1821–1872), so we are committing a lot of resources in that area. The Davises have been wonderful friends and supporters of the BMA in this regard and added a major work to the American collection just last year, a beautiful fruit still life painted in 1884 by Charles Ethan Porter, a Connecticut artist.” 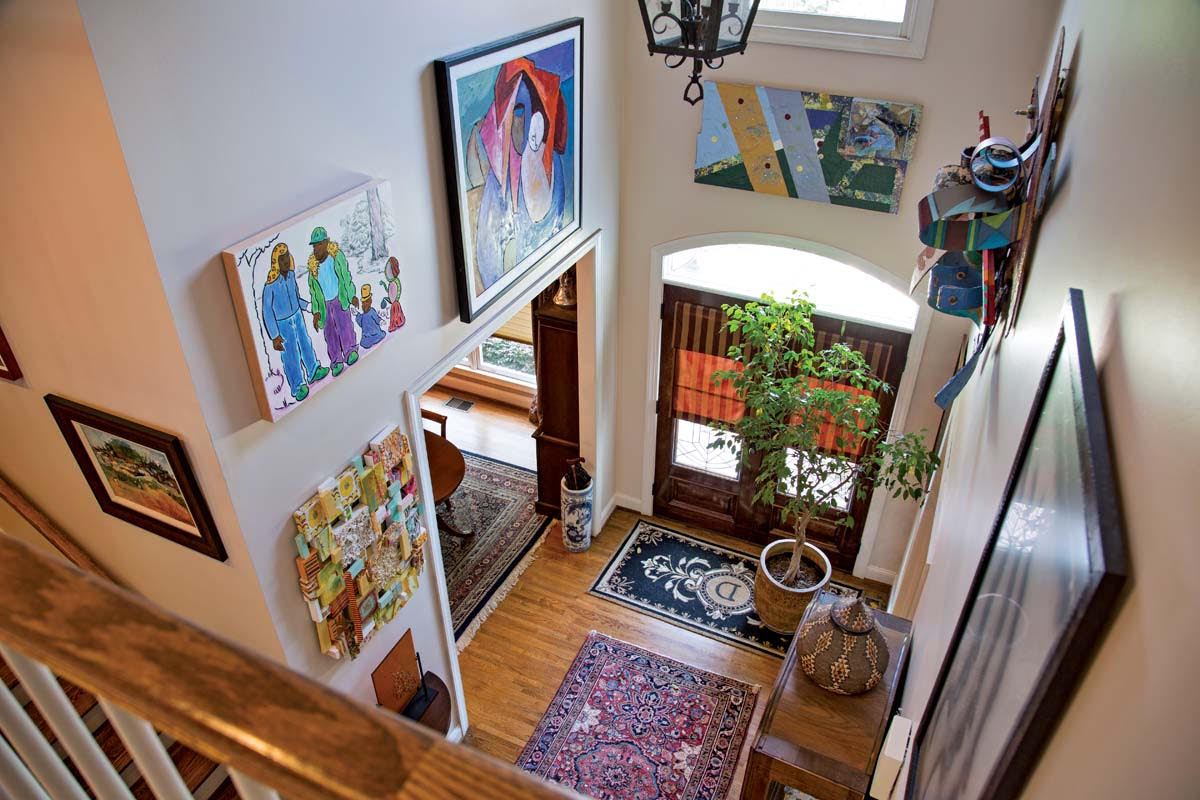 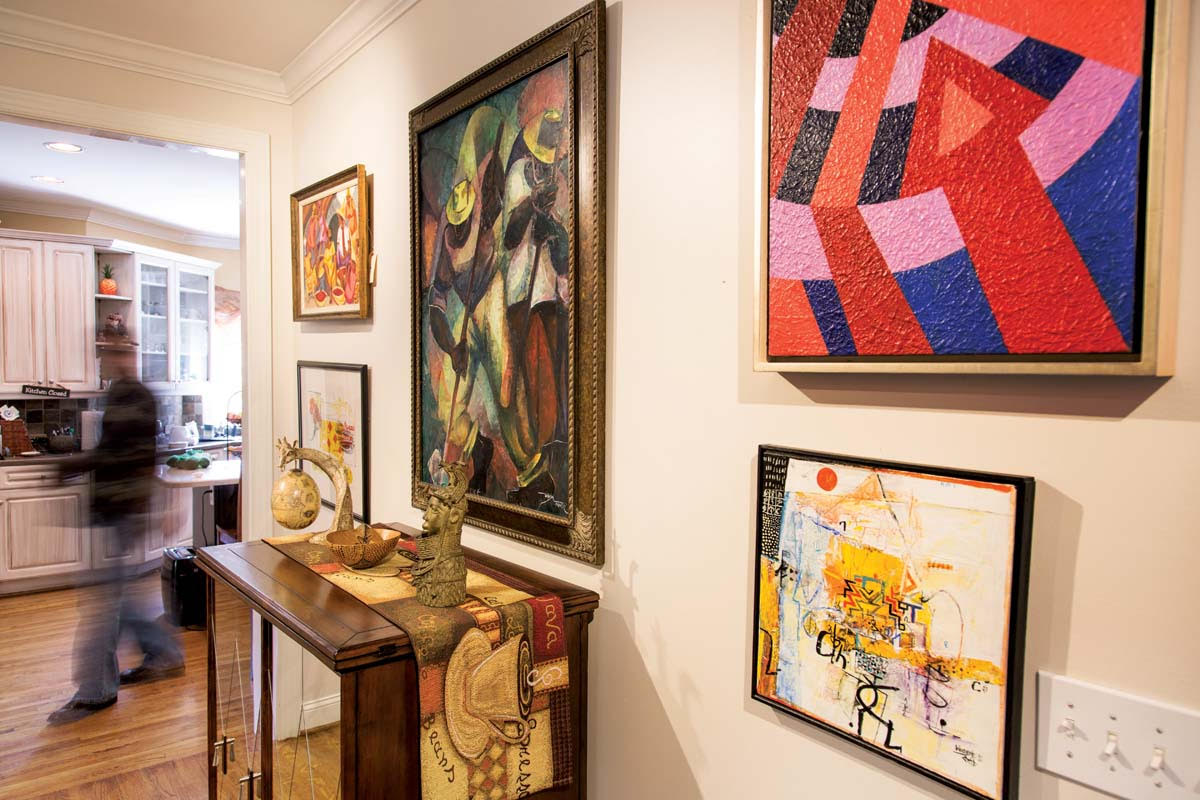 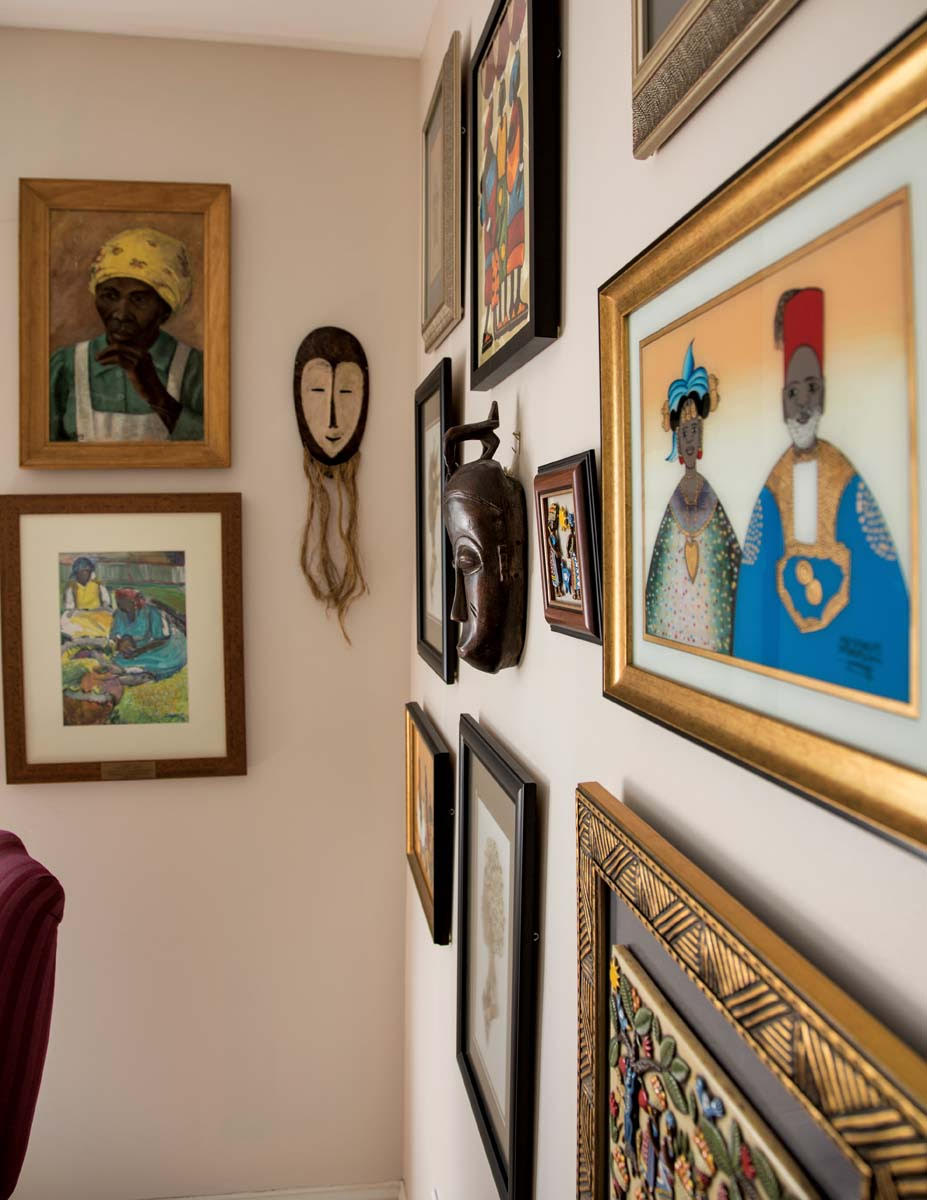 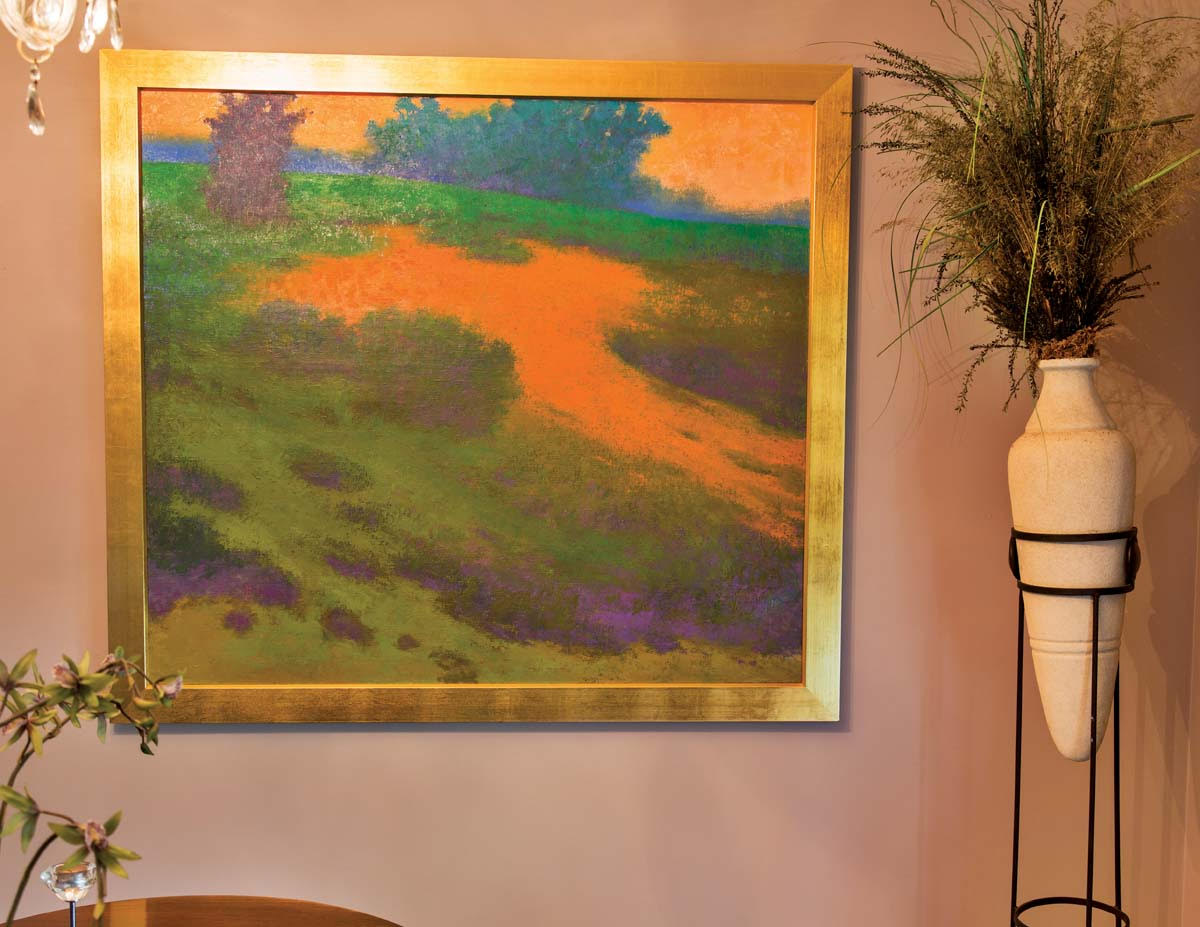 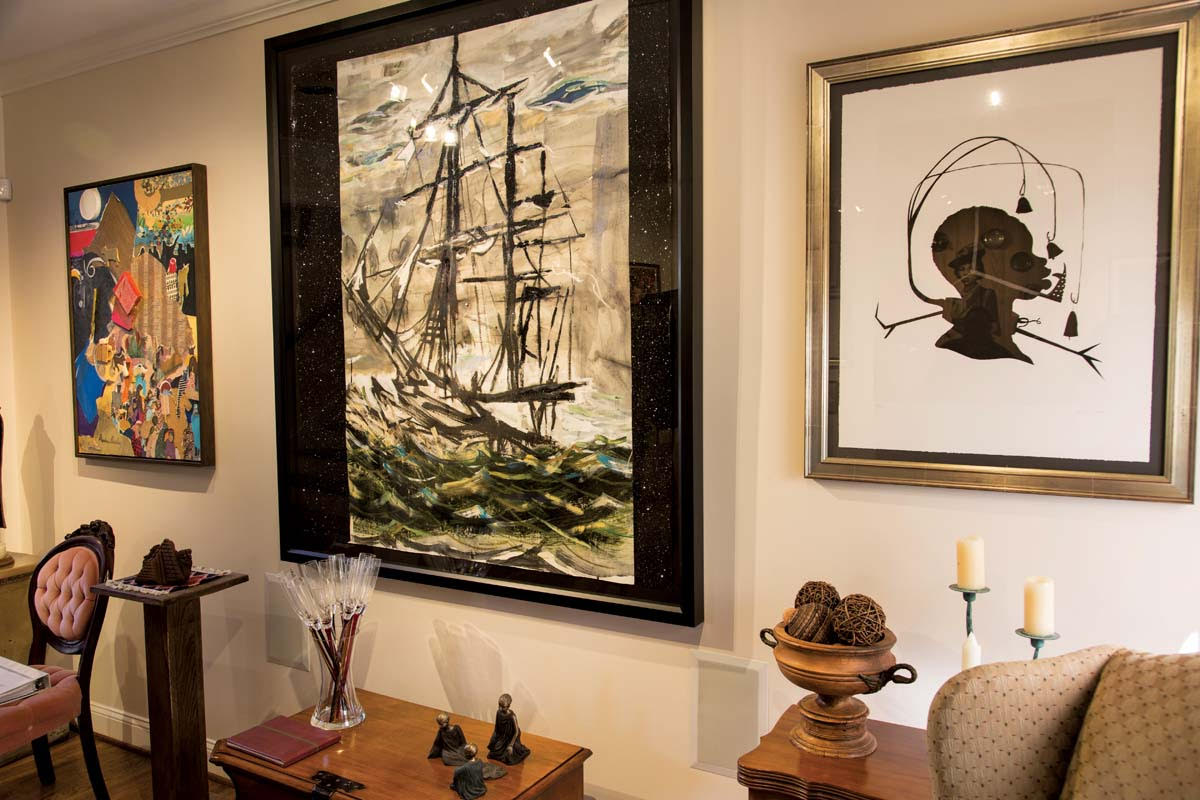 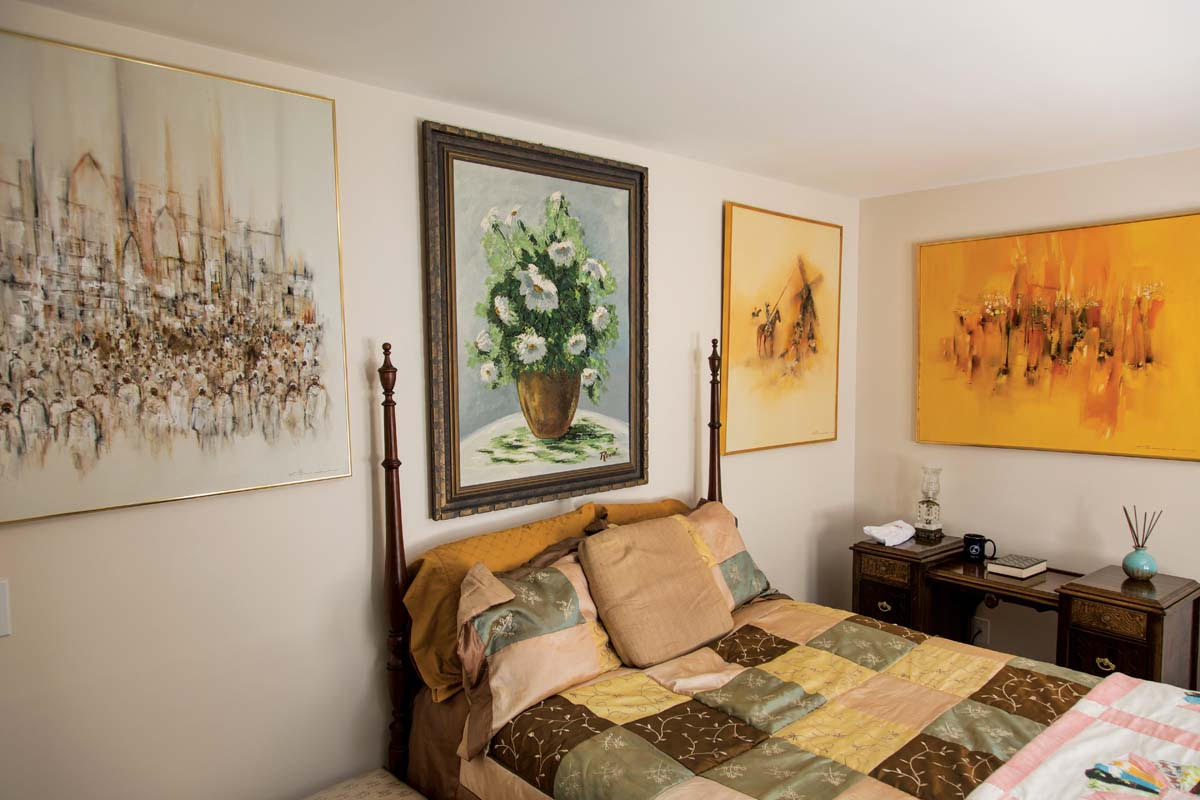 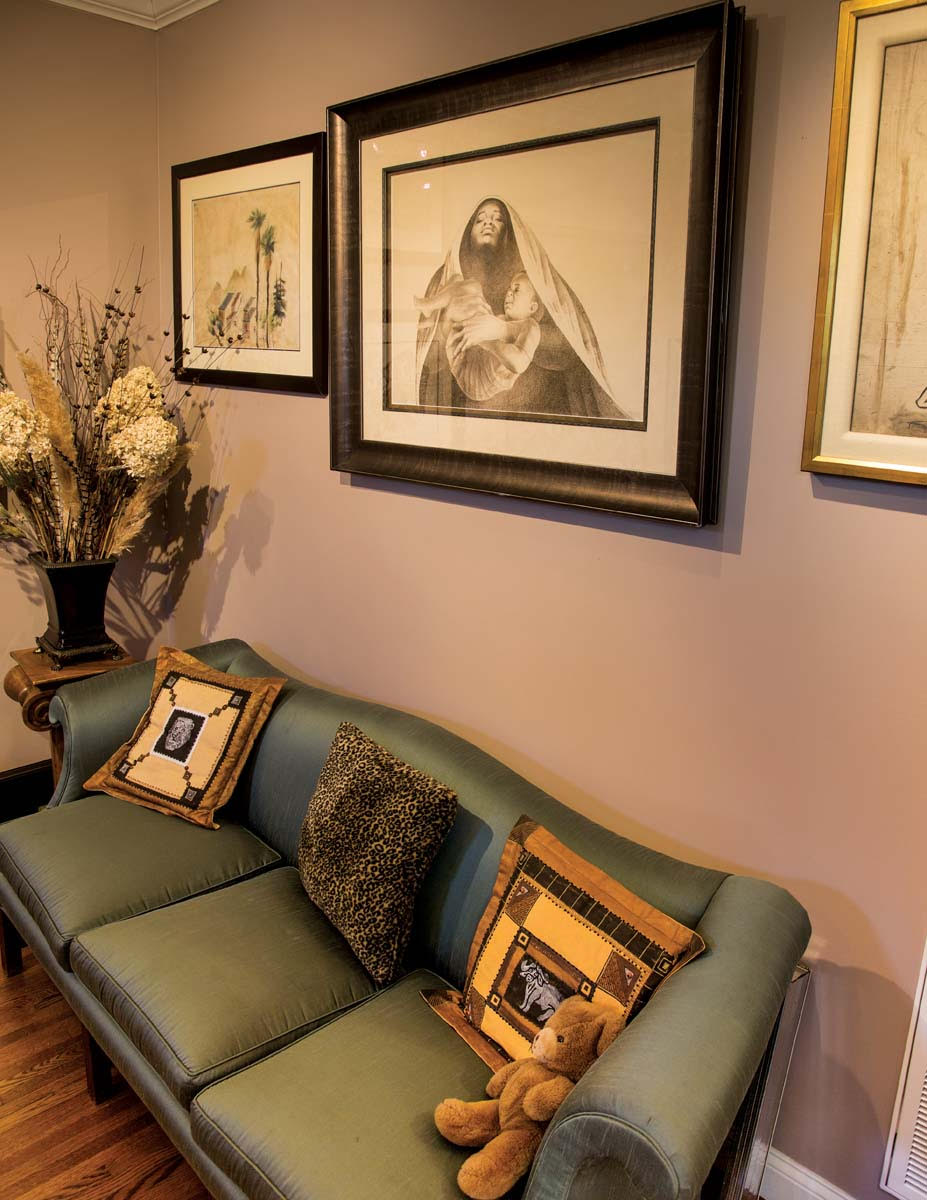 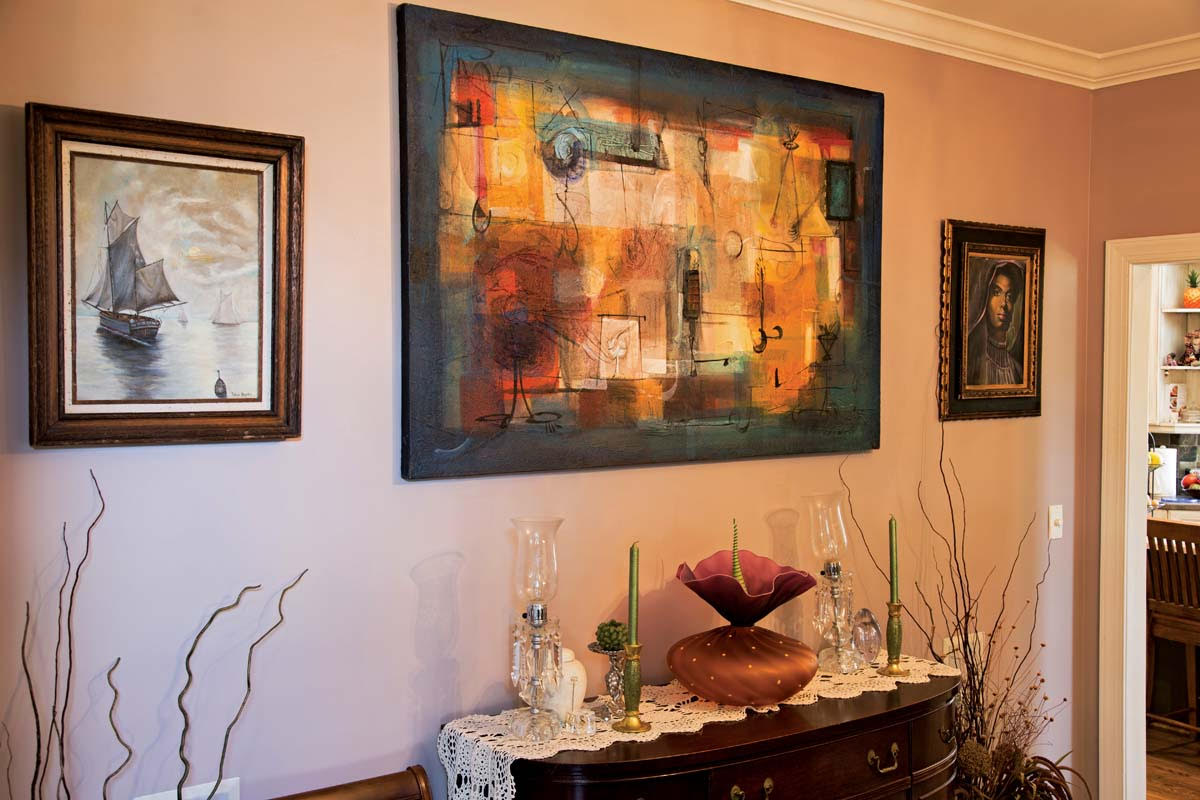 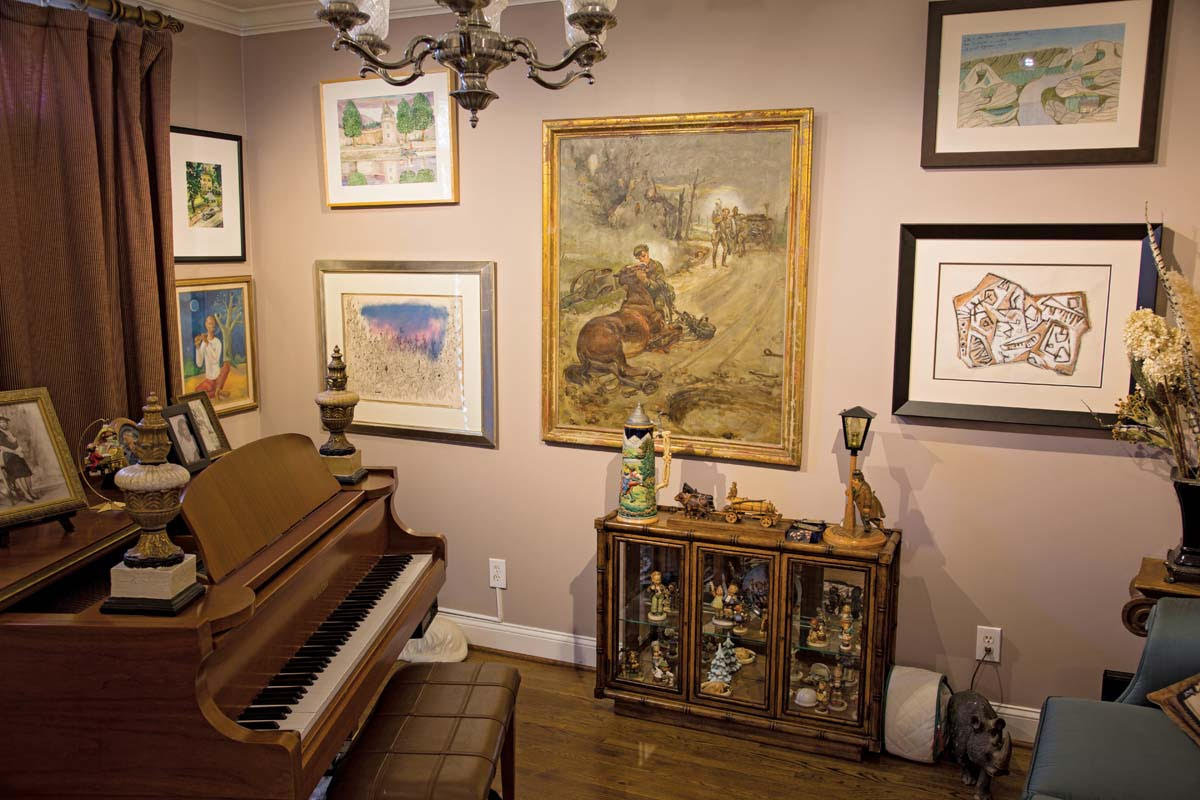 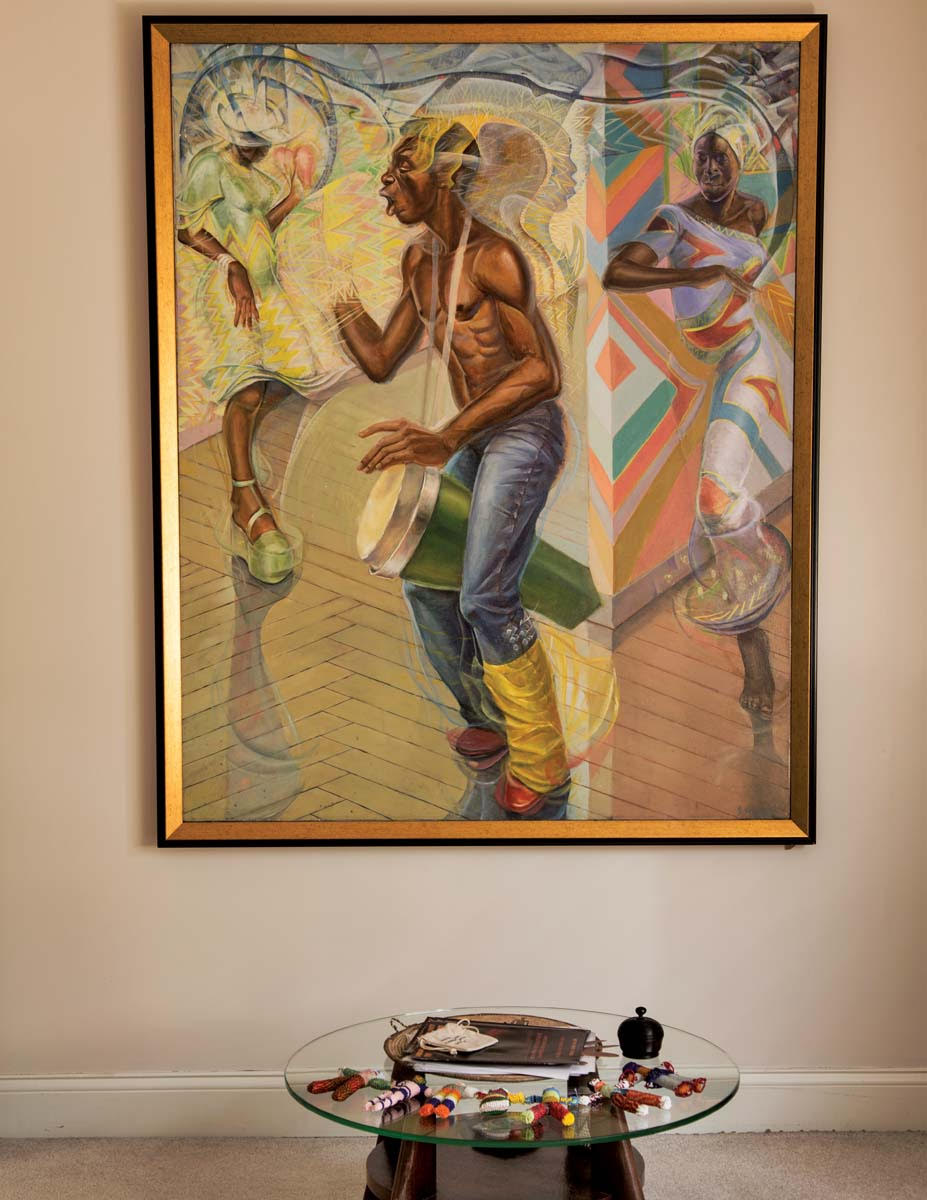