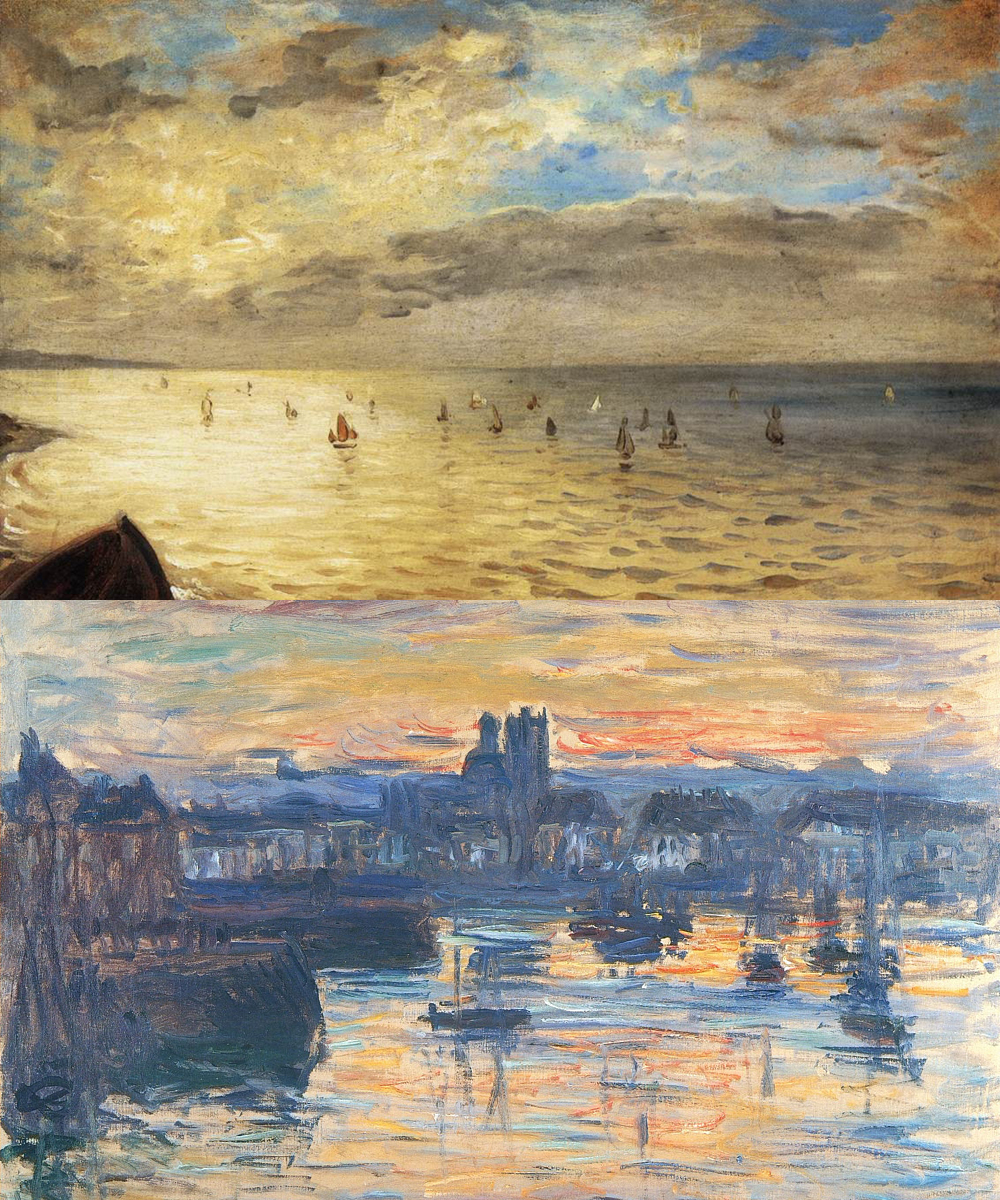 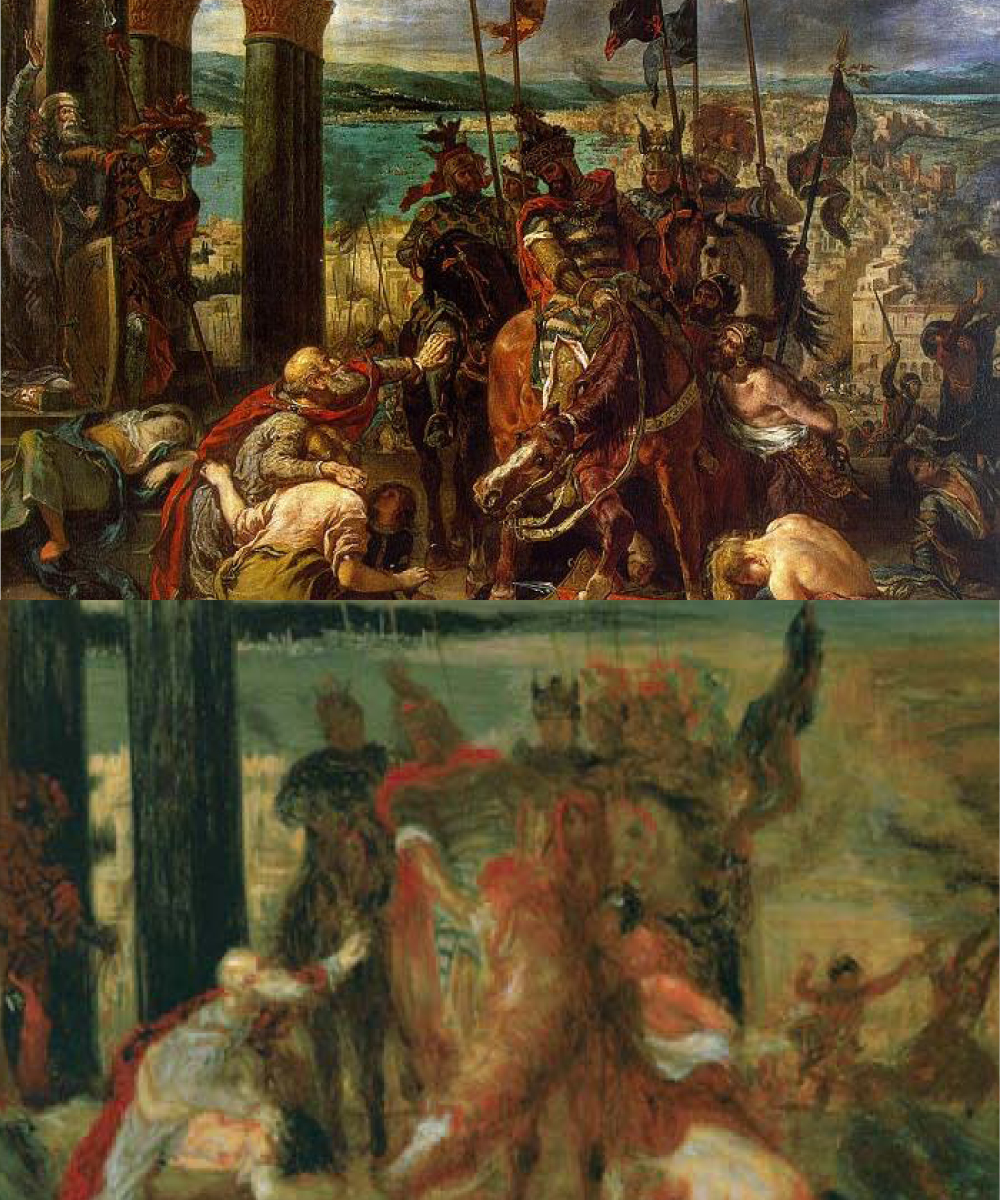 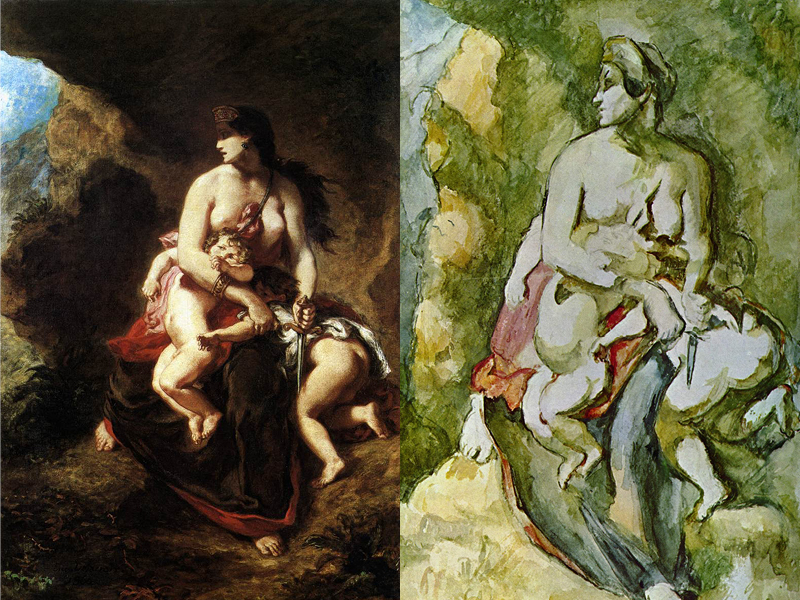 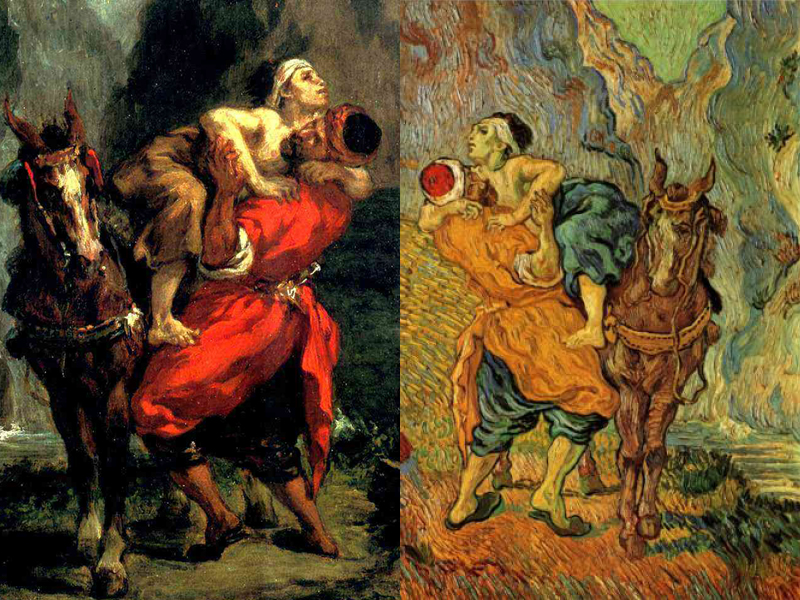 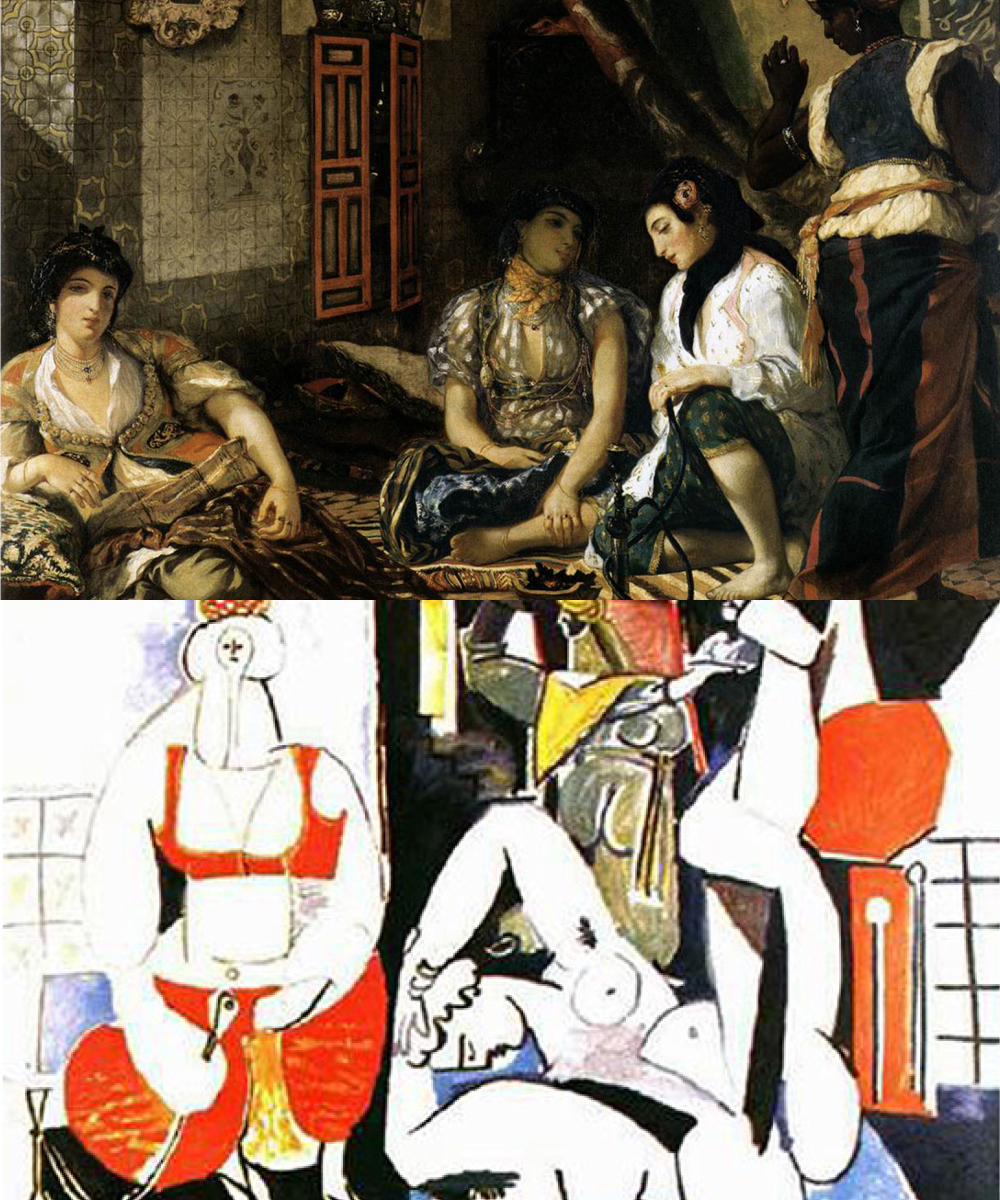 <
►
>
Paul Cézanne: When discussing Delacroix, Cézanne said, “His remains the finest palette in France and nobody in our country has possessed at once such calm and pathos, such shimmering color. We all paint in him.” : Eugène Delacroix, "Medea about to Kill Her Children," 1838. Oil on canvas. Musée du Louvre, Paris. | Paul Cézanne, "Medea," 1879-1882. Watercolor. Kunsthaus Zürich.

Widely recognized as the “Father of Impressionism,” Eugène Delacroix’s style, featuring dramatic brushstrokes and intense colors, became characteristic for many artists who followed in his footsteps. Take a look at some of the artists who viewed Delacroix as an art hero – is one of your favorite artists among them?

1. Claude Monet
Monet was a big fan of Delacroix, and frequently walked by his studio in Paris, hoping to catch a glimpse of his shadow while he worked.

2. Edgar Degas
Degas loved Delacroix’s art so much that he had a collection of more than 250 of his paintings and drawings!

3. Paul Cézanne
When discussing Delacroix, Cézanne said, “His remains the finest palette in France and nobody in our country has possessed at once such calm and pathos, such shimmering color. We all paint in him.”

4. Vincent van Gogh
Van Gogh was inspired by Delacroix’s use of color and its ability to show emotions. In his letters, van Gogh wrote passionately about Delacroix’s painting Christ asleep during the tempest: “Ah – E. Delacroix’s beautiful painting – Christ’s boat on the sea of Gennesaret, he – with his pale lemon halo – sleeping, luminous – within the dramatic violet, dark blue, blood-red patch of the group of stunned disciples. On the terrifying emerald sea, rising, rising all the way up to the top of the frame. Ah – the brilliant sketch.”

5. Pablo Picasso
Like van Gogh, Cézanne, and other artists, Picasso copied works of Delacroix to learn the elements of his craft. He would then reinterpret the piece in his own style (as seen in the image). When copying Delacroix’s Woman of Algiers, Picasso reportedly said, “That bastard. He’s really good!”

*Please note these images are not on view at the Museum, but simply illustrate the connection between Delacroix and his followers. Thanks!