Jacob Lawrence: The American Struggle features the series of paintings Struggle . . . From the History of the American People (1954–56) by the iconic American modernist. The exhibition will reunite the multi-paneled work for the first time in more than half a century.

One of the greatest narrative artists of the twentieth century, Jacob Lawrence (1917–2000) painted his Struggle series to show how women and people of color helped shape the founding of our nation. Originally conceived as a series of sixty paintings, spanning subjects from the American Revolution to World War I, Struggle was intended to depict, in the artist’s words, “the struggles of a people to create a nation and their attempt to build a democracy.” Lawrence planned to publish his ambitious project in book form. In the end, he completed thirty panels representing historical moments from 1775 through 1817—from Patrick Henry to Westward Expansion. The 12- x 16-inch panels that comprise Struggle feature the words and actions of not only early American politicians but also of enslaved people, women, and Native Americans to address the diverse but mutually linked fortunes of all American constituencies engaged in the struggle. Taken as a whole, this remarkable series of paintings interprets and expresses the democratic debates that defined early America and still resonate today. 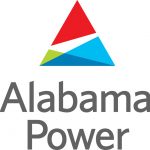 With Additional Support From
City of Birmingham
National Endowment for the Arts
The Robert R. Meyer Foundation

This exhibition has been organized by the Peabody Essex Museum, Salem, Massachusetts, and was co-curated by Elizabeth Hutton Turner, Professor of Modern Art at the University of Virginia and Austen Barron Bailly, formerly PEM’s Curator of American Art with support from Lydia Gordon, PEM’s Associate Curator of Exhibitions and Research at PEM.

The BMA will reopen its doors on Tuesday, October 6! The Museum will initially be at a limited capacity and open Tuesday – Saturday 10am – 5pm and Sundays Noon – 5pm. Please review the steps we are taking to make your visit as safe as possible. We can’t wait to see you soon!