Between Fantasy and Reality

Between Fantasy and Reality takes a focused approach in exploring the early period of Alabama artist Frank Fleming. Fleming has been working as an artist in Alabama for over forty years and is best known for his large-scale bronze sculptures, many of which can be found across the city of Birmingham, including Five Points South, the Botanical Gardens, and the Zoo. Between Fantasy and Reality will highlight Fleming’s sculptures produced between 1970-1985, a period when he worked primarily with clay, stoneware, and ceramics. Taking on forms inspired by imagination but referencing reality, Fleming’s sculptures often depict animals and invoke humor, curiosity, and can sometimes be melancholy. Eighteen sculptures will be featured in the exhibition and although many are small in size, Fleming’s impeccable attention to detail highlights his workmanship and mastery of the medium at a very early phase in his career.

Between Fantasy and Reality coincides with the Second Bunting Biennial Ceramics Symposium, taking place February 27-28, 2015, where Fleming will be the honored guest. Fleming will be recognized through the symposium and the exhibition for his significant contributions to the arts in our city and state.

Join us for the opening night of Between Fantasy and Reality on Friday, February 27 from 6-9PM. BMA Director Gail Andrews will give a lecture on Frank Fleming and the exhibition, which will be followed by an opening reception.

The art of Frank Fleming has been described as whimsical and intriguing. His fantastical sculptures have endless stories to tell – stories that are only limited by an individual’s imagination.

For Between Fantasy and Reality, we invited you to tell us the stories of these artworks! Who’s eating that lip sandwich or tongue cake? Where’s the foot flying? What’s the lounging alligator lady dreaming about?

Our exhibition team chose one unique story to appear in the gallery next to each of six artworks. Click on an artwork below to read the imaginative tales we received, to see each artwork in closer detail, and to submit your own story! 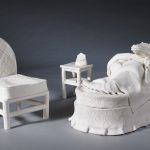 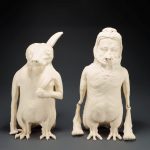 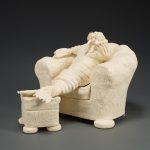 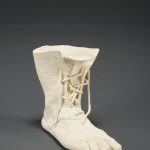 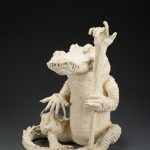 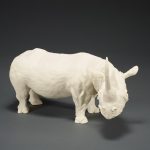 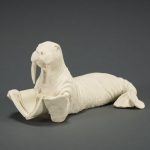 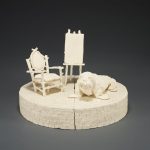 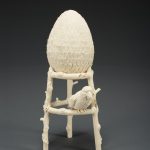 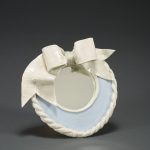 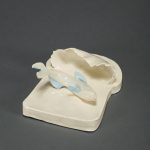 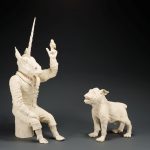 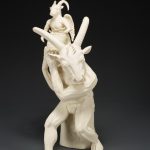 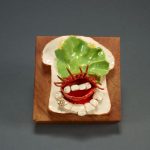 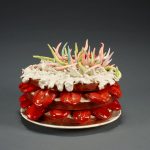 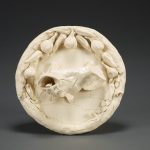 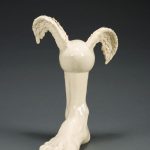