Although the pineapple was introduced into England during the late seventeenth century becoming a symbol of hospitality, it was primarily the development of green and yellow glazes that prompted Josiah Wedgwood to create what is known today as pineapple ware. Creamware, naturalistically modeled and colored in imitation of the pineapple, was made by Wedgwood and his first partner, Thomas Whieldon (1719-95), about 1759. This type of pottery was imitated throughout the Staffordshire region. 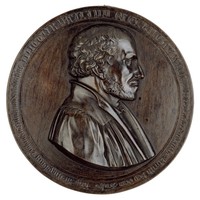