During the early 1960s, Wedgwood took a design-led approach to its decorative wares in an effort to remain competitive in a ceramics market that was greatly influenced by rapidly changing fashions. This tea caddy was designed for the Design ’63 exhibition, held in January of 1963 in Wedgwood’s London showroom. The company regularly held exhibitions in January to showcase new tableware patterns, but in 1963 it also displayed a range of ornamental pieces that were distinguished by their style, quality, and originality. Some of the pieces shown were trials—one-of-a-kind objects designed to gauge public interest—while others were already part of regular production. 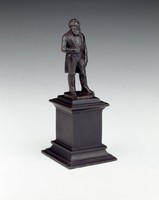 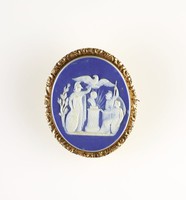 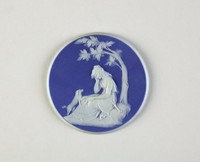