Number 52 of 100 scenes of Edo (Tokyo), this is considered the masterpiece in this entire series and one of Hiroshige’s most famous rain scenes. Originally published in 1857, the composition exists in two versions. Which came first, however, has not been established. One version is as shown in this print. The other has two rafts to the right on the far shore, and the outline of the shadowy trees on the horizon is a little different. This is the last set of prints Hiroshige produced in his remarkable career of over 8,000 single sheets, prints in series, paintings, and drawings. 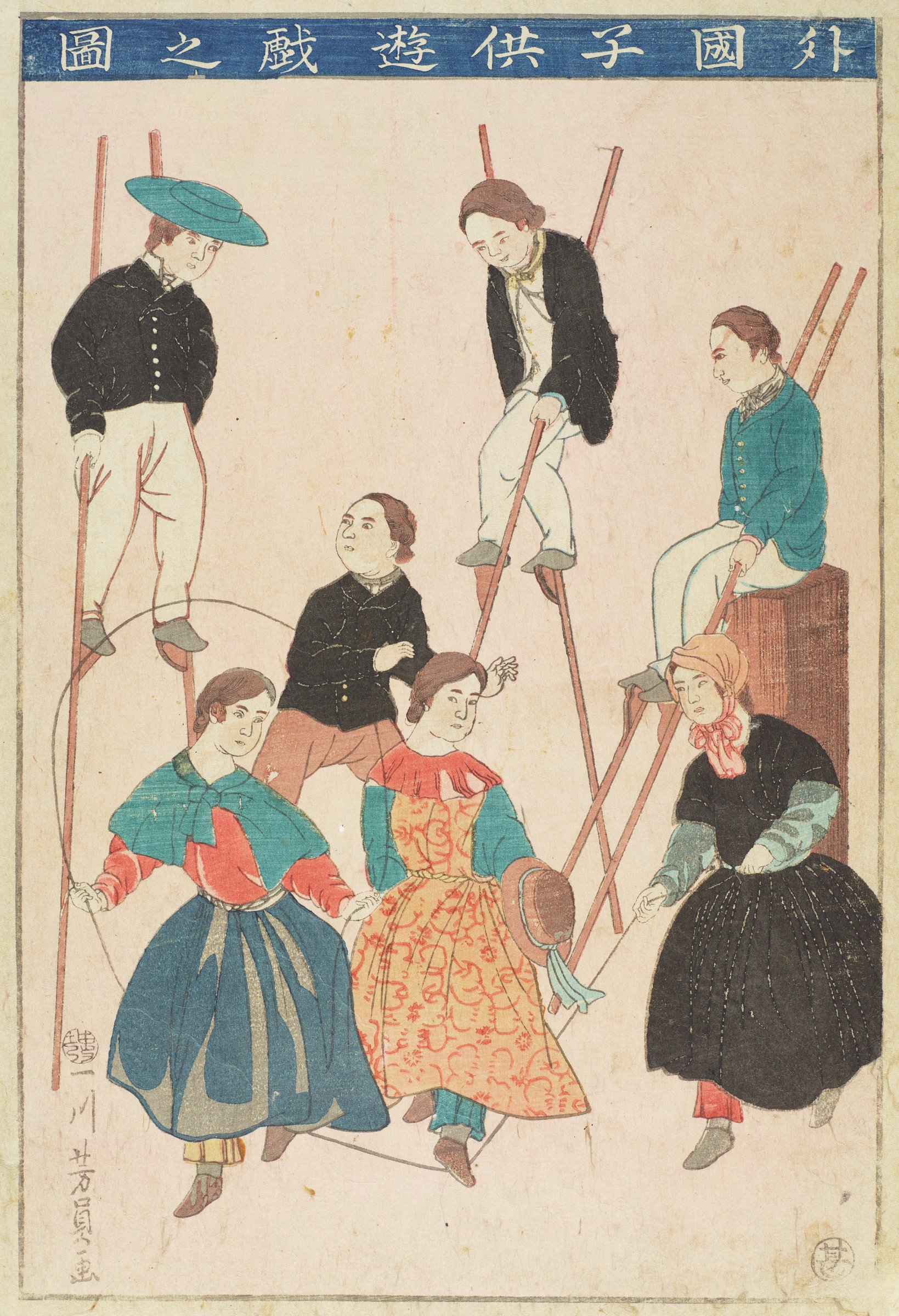