Laurence Whistler was an artist, glass engraver, and author. He was the younger brother of Rex Whistler (1903-44), a well-known artist, who designed tableware patterns for Wedgwood beginning about 1932. In 1955/56 Laurence Whistler was asked by Wedgwood to design a series of six Outlines of Grandeur, representing famous architectural structures from six periods of British history. His designs were printed on both bone china and creamware. Plates in the series include Stonehenge and St. Paul’s Cathedral, London. 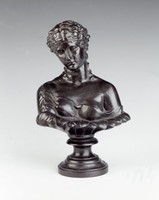 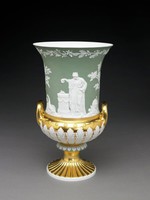 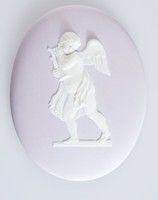 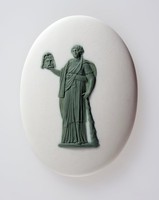