This spectacular mantelpiece was one of several designed in 1882 by the architect Halsey Ricardo for Buckminster Park, seat of the Earls of Dysart, in Leicestershire, England. In the spirit of the eighteenth century, Ricardo created a large, impressive piece in the neoclassical style, which perfectly complemented the late Georgian house in which it resided. Set with jasper plaques and medallions made by Wedgwood using eighteenth-century molds, the entire effect is one of imposing grandeur.

The mantelpiece was part of a larger interior design plan for the dining room of the house, which also included wall paneling set with a Wedgwood jasper frieze and a large, built-in sideboard with plaques and niches to hold specially commissioned jasper urns. In the color scheme of the room Ricardo used a particular green of his own mixing that was copied by Wedgwood to create a new jasper color, used only for this particular commission. Originally known as peach green, the color is now commonly referred to as Dysart green after the owner of the house.

The subject matter of Wedgwood’s plaques and medallions reflects the architect’s nod to late eighteenth-century neoclassicism, and includes a frieze of Greek and Roman portraits at the top. The four larger plaques show scenes from mythology: Hercules binding Cerberus; Endymion sleeping on the Rock Latmos; Actaeon and his dogs; and the huntress Diana. Directly below is a series of smaller plaques with playful putti on either side of a larger tablet with Wedgwood’s famous scene of the marriage of Cupid and Psyche. The center of the mantelpiece houses a clock showing seated classical figures. The clock face is framed by the signs of the zodiac.

The mantelpiece graced the dining room of Buckminster Park until 1952, when the house was demolished. At that time the entire room was removed and sold to an American art dealer, who brought it to Philadelphia. The mantelpiece alone was sold to a private collector in 1959, and was subsequently acquired by the Museum. The location of the rest of the room is not known. 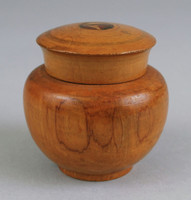 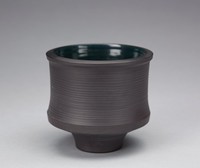