During his lifetime, the sculptor Alexander Phimister Proctor was widely regarded as one of the country’s foremost animaliers—an artist specializing in realistic depictions of animals. As such, Proctor enjoyed many high-profile commissions. He collaborated with Augustus Saint-Gaudens, sculpting the horse for both the General John Logan Memorial in Chicago’s Grant Park and the William T. Sherman Memorial on New York’s Grand Army Plaza. He also created the majestic tigers that guard the steps of Nassau Hall at Princeton University. In addition to monumental works, Proctor created a significant number of small bronzes, including this whimsical work in which a puzzled looking bear cub confronts a rabbit. Proctor later reworked the composition, replacing the rabbit with a frog. 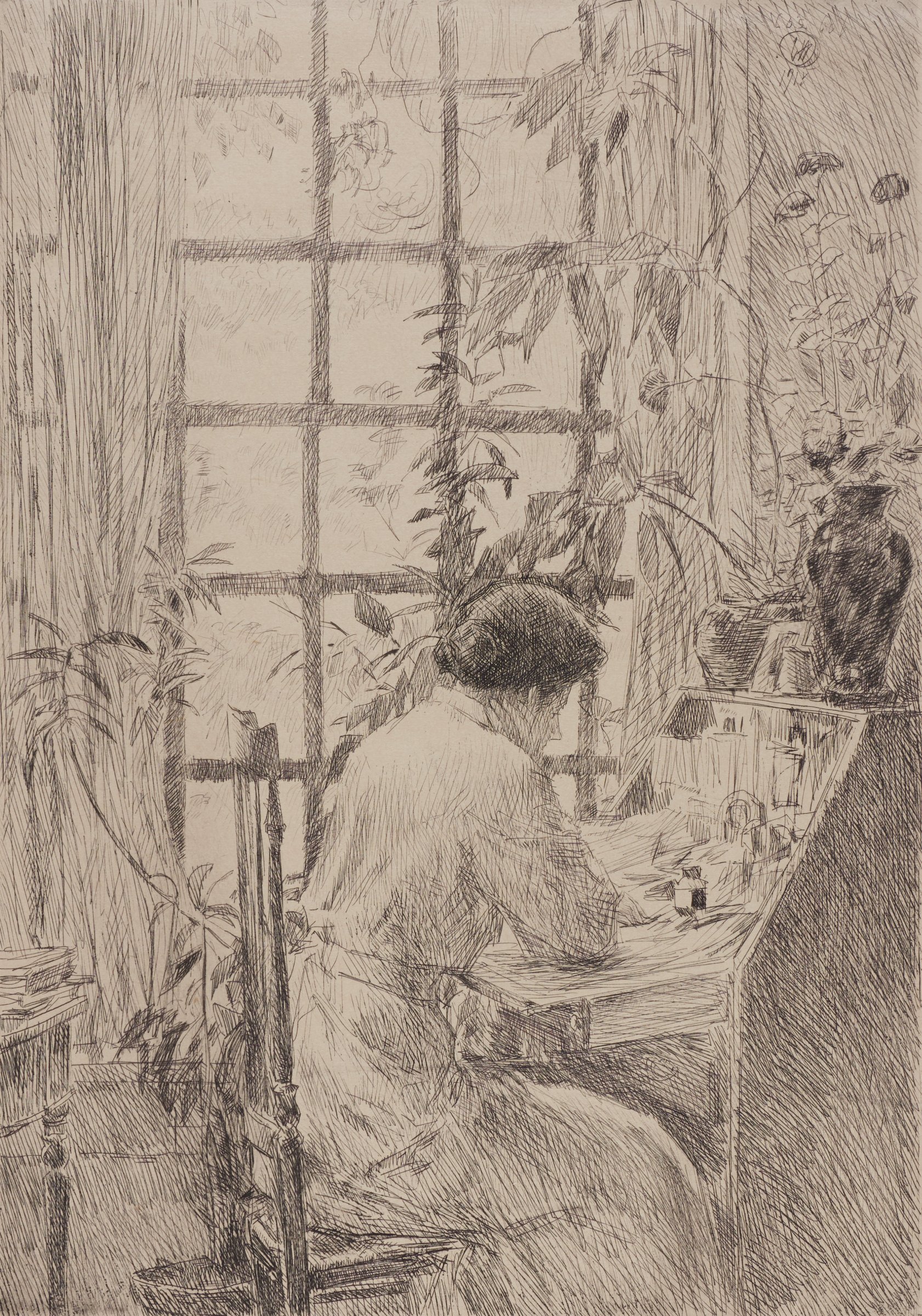