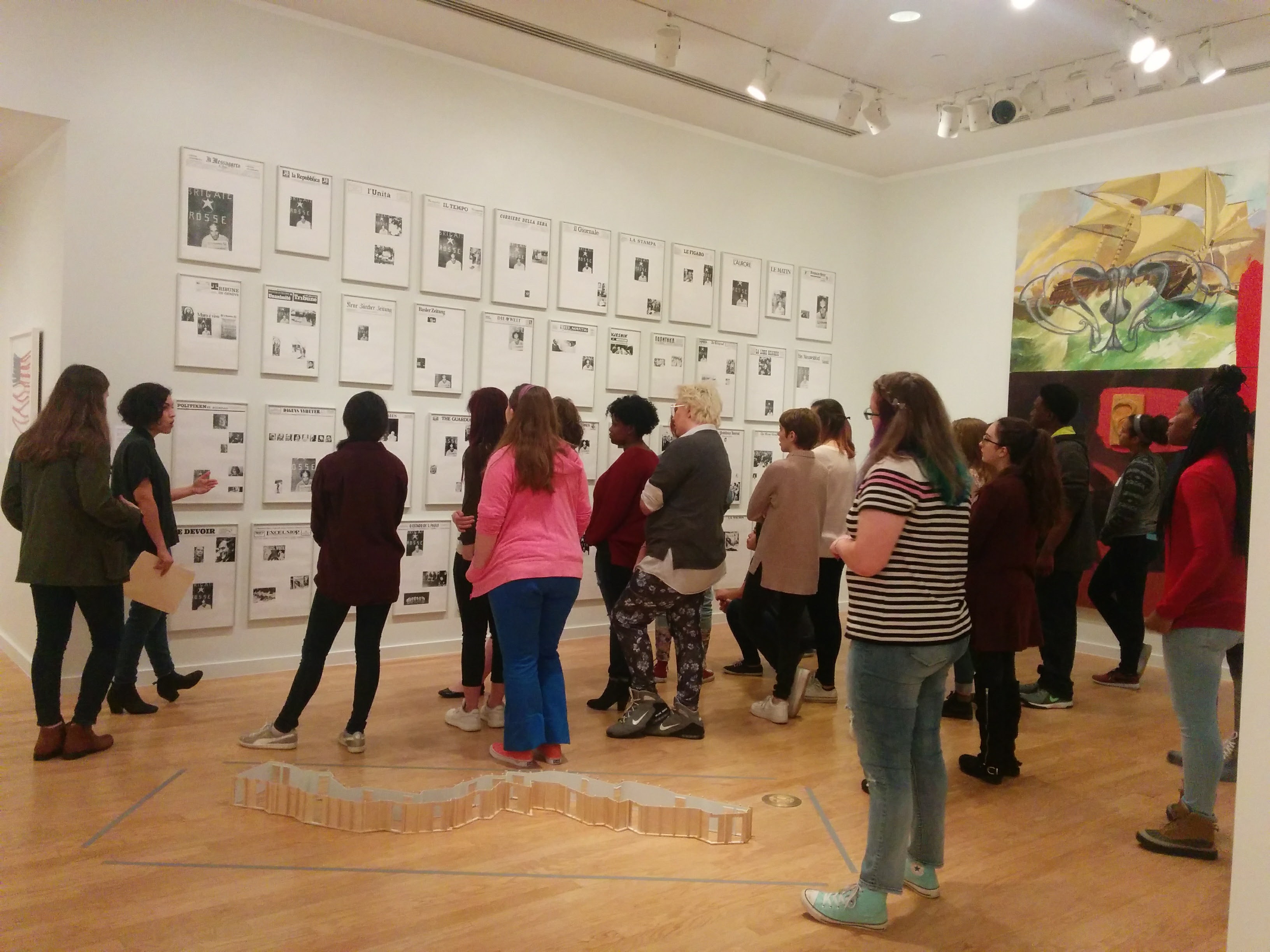 Teen BMA returned in January with a bang thanks to the generous support of the Mike & Gillian Goodrich Foundation. Twenty-five teens from all over the Birmingham area joined the program in order to learn the behind-the-scenes of how a museum runs, as well as gain hands-on volunteer experience.

The spring semester kicked off with an orientation that included an exclusive curator-led tour of Third Space before it opened to the public. Wassan Al-Khudhairi, the BMA’s former Curator of Modern and Contemporary Art, led the students on a tour and talked to them about the job of a curator and how an exhibition is created. The teens were then tasked with creating their own exhibition. Throughout the semester they worked in groups to create collaborative artworks inspired by touchstone words in Third Space that would be on view in the Museum’s Education gallery in May. In addition to creating the works of art, they also wrote artist statements for their labels, installed the artworks, and planned an opening reception for their exhibition.

Each member of Teen BMA volunteered in a track where they could learn more about an area of the Museum in which they were most interested. The tracks included the Bart’s Art Cart track where teens planned and facilitated art activities for families, the Third Space gallery attendant track where they helped visitors access the smartguide in the exhibition, and the Studio track where they planned and assisted in Studio School classes. The teens also volunteered for various events, including the Alabama Clay Conference, Holi Festival, and Magic City Art Connection.

“The Museum has always been a comforting place for me,” said Marilyn Cleveland, a senior at the Jefferson County International Baccalaureate School. “I love all the different styles of art we have and the international environment it creates. Events such as the Holi Festival really help amplify the way the Museum seems to unify different cultures and is also a great way to bring new people into the Museum. It has been a fun event every year and I am feeling a little bit sad that I will not be a part of Teen BMA next year due to graduating.”

Interested in becoming a Teen BMA member? Applications for the upcoming school year are due by August 18. Click here for more information.