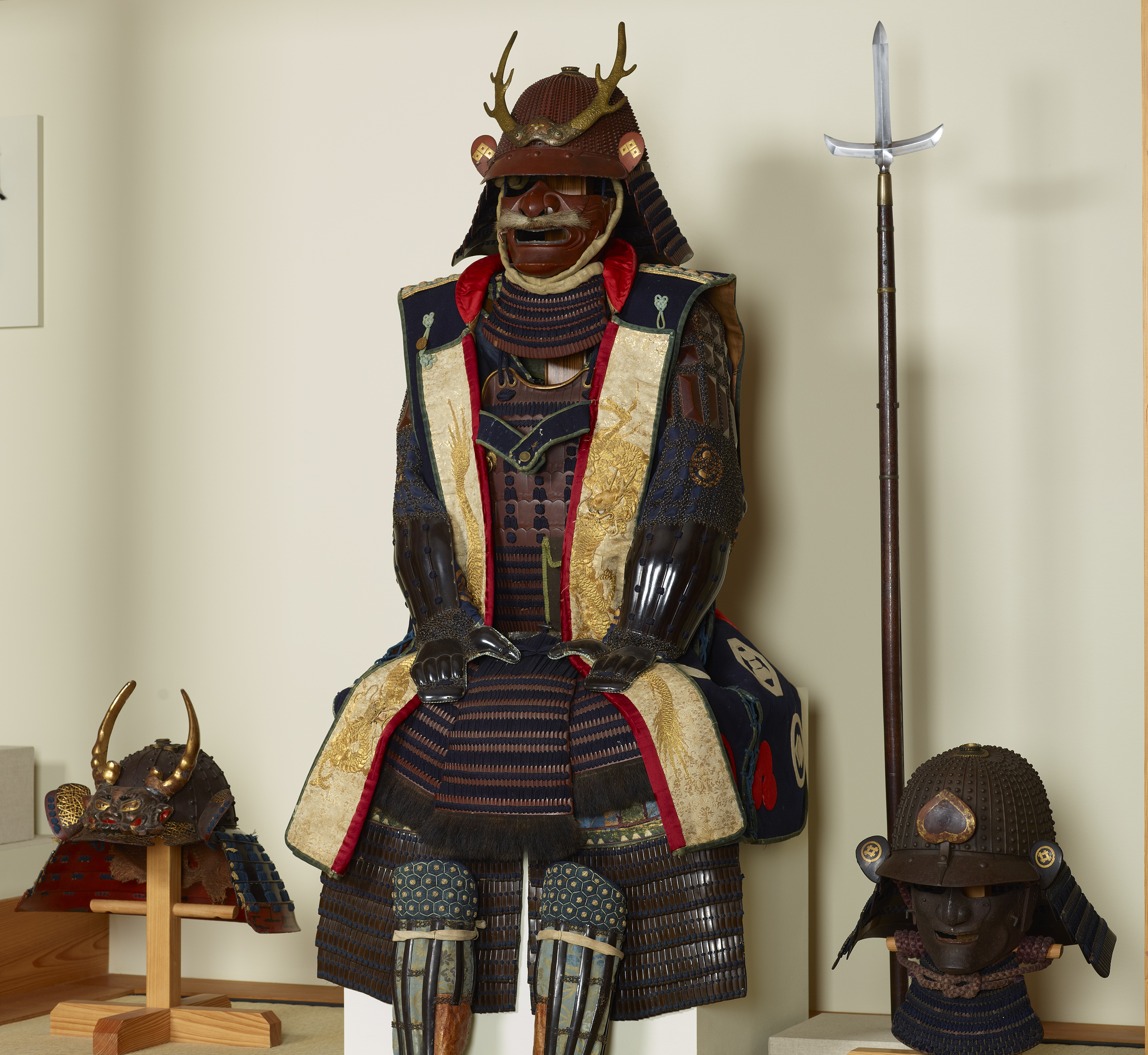 The Museum has just acquired an outstanding collection of Japanese samurai material, which has been on loan and on view at the BMA for many years. As one of the most popular displays in the Japanese galleries, we are delighted that it is now part of the permanent collection.

The history of the samurai is a fascinating one. The Emperor, who had unchallenged power in Japan, headed the Imperial court and country. By the 11th century, however, the court began to lose control of the provinces. Local warrior bands of kinsmen sprang up as central power declined, and the meddling in court politics by these powerful clans resulted in a civil war in the late 12th century. Once the war was resolved, the Emperor bestowed the title of Shogun on the winning general, recognizing his military authority over the country. Shoguns ruled over the provincial lords, or Daimyo, who employed thousands of warriors, or samurai. The samurai provided both military and administrative service to the Daimyo and, in turn, the Shogun. This system governed Japan for over 700 years.

Samurai were trained in a variety of martial arts and academic subjects, including swordplay, spears, archery, horseback riding, judo, and later firearms. They studied Zen Buddhism, Confucianism, and were often great patrons of the arts. Spiritual training and martial arts were considered inseparable to them as they found great virtue in facing death with a calm heart. The weapons and armor they used were of the highest quality. The swords in particular are among the finest ever made in the world. The swordsmith, a Shinto priest who trained for years, underwent numerous rituals before starting to make each blade. The best swords can be made of thousands of layers of steel as the swordsmith flattened and folded the steel again and again while making the blade. Various schools of swordsmiths evolved and the blades made by some are now considered national treasures in Japan.

Two magnificent sets of armor, helmets, stirrups, exceptional swords, and other weaponry are now part of our collection. Visit our Japanese galleries and celebrate the samurai spirit of honor, loyalty, and devotion to duty!