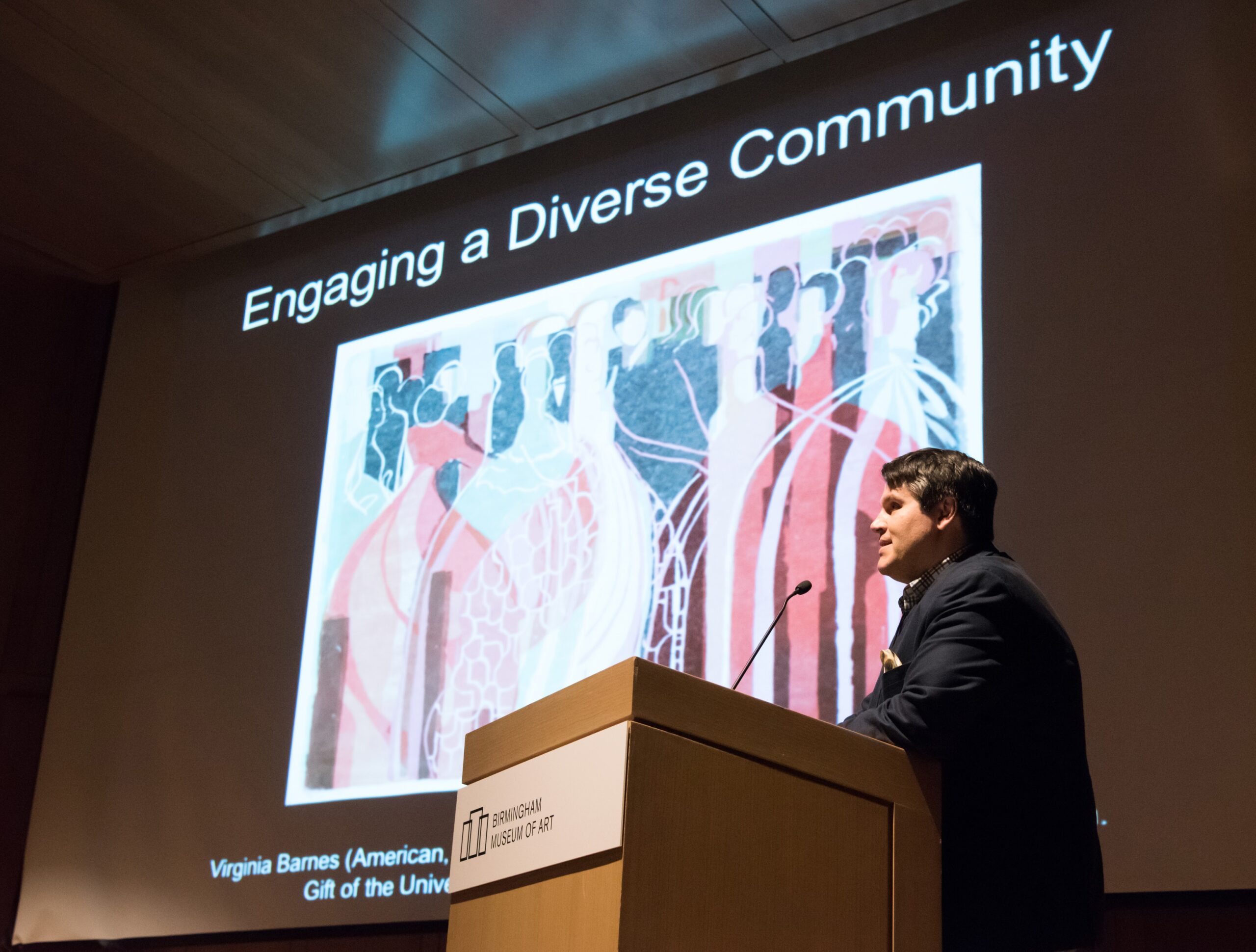 Dr. Graham C. Boettcher became the seventh R. Hugh Daniel Director of the Birmingham Museum of Art on September 20, 2017. Graham’s tenure at the Museum began in 2006 as the Henry Luce Foundation Curatorial Fellow in American Art. Upon completion of his fellowship in 2008, he was hired in the newly created position of Curator of American Art, which was endowed that same year. After six years as the William Cary Hulsey Curator of American Art, Graham rose to Chief Curator and, in February 2016, he was promoted to The James Milton and Sallie R. Johnson Deputy Director.

Graham was born and raised in Bellingham, Washington. He received a B.A. and Ph.D. from Yale University, and an M.A. from the University of Washington. He was previously a curatorial fellow at the Yale University Art Gallery, and held research fellowships at the Amon Carter Museum of American Art, and the Terra Foundation Summer Residency in Giverny, France.

Graham has curated many popular exhibitions for the BMA including Look of Love (2012) and Norman Rockwell’s America (2012). He was a 2014 Fellow at the Center for Curatorial Leadership, and was a trustee of the Association of Art Museum Curators from 2010 to 2017. He has been published in numerous articles and publications, and has lectured extensively on American art throughout the country and internationally.

Over the past 11 years, Graham has cultivated a legion of friends and supporters through his entertaining and accessible approach to art history, and the reach of his personal Facebook page rivals that of major media outlets.

Dr. Graham C. Boettcher: My first order of business may not be glamorous but it’s very necessary, and that is to address some immediate issues within our aging facility to make sure that our visitors are walking into a welcoming, inspiring environment. This is a building that has served us incredibly well, but it’s been 25 years since its last expansion and renovation. There are simple improvements we will make to ensure that the Museum really sparkles for our visitors, from the galleries to the bathrooms. In terms of art storage, we’re bursting at the seams. I can’t really complain that our donors are too generous—this is a great problem to have—but now is the time to address storage considerations so we can continue to accommodate our growing collection. I’d like to increase our paintings storage by 20% and look at new high-density storage solutions to maximize our capacity.

BMA: As you assume leadership of the BMA, what do you see as its greatest strengths and challenges?

GB: Our greatest strength is our collection, which at nearly 29,000 objects from across time and around the world, can be celebrated as the best in the Southeast and among the most significant in the country. Among the many challenges we face is demonstrating the relevance of this outstanding collection to an ever-changing and increasingly diverse community who can choose from a host of leisure-time activities. In order to retain our current audience and attract new visitors, we have to show how the BMA is relevant in people’s lives today. We have to show that an art museum can be a place where ideas can be explored, ideas that matter in the 21st century. Sometimes, something that was created in the distant past can be a catalyst for a conversation or an exploration of a subject that affects our lives today. We want the works in our galleries to resonate with our visitors in the present day, and that means giving people multiple ways with which to access and engage with art.

BMA: What role should technology play in today’s art museum?

GB: Art museum visitors are more accustomed than ever to accessing information via digital platforms. We must dedicate ourselves to a mindset that permits us to experiment and try new and different approaches to interpretation that embrace technology. To that end, we have invested heavily in our smartguide, accessible from any smartphone or computer, to give our visitors a multi-layered experience with art that includes interviews with artists, commentary by the curators, and rich information among many other things. It is a highly versatile and endlessly adaptable way of presenting information. I am committed to the continued development of such initiatives and our visitors will be seeing more of that kind of engagement in our galleries.

BMA: Though you are from Washington state, you’ve embraced Birmingham as your home. What makes this place special?

GB: Easy answer: the people. The people of Birmingham are among the kindest, most welcoming folks I’ve ever encountered anywhere. Working to serve a community that has embraced me makes my job a pleasure, and makes me proud to call Birmingham my home.