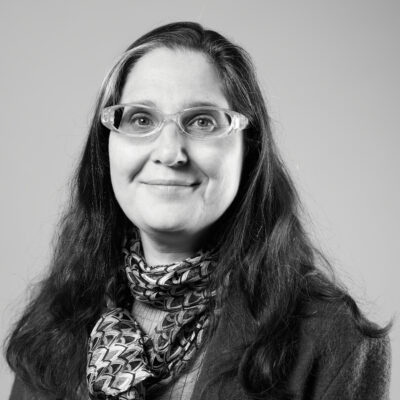 Katherine Anne Paul was appointed the Virginia and William M. Spencer Curator of Asian Art at the Birmingham Museum of Art in 2019. In her curatorial practice she works to promote the riches of both classical and contemporary art originating from Asia and its’ layered intersections with art of the greater world.

Dr. Paul has curated traveling exhibitions like Loving Devotion: Visions of Vishnu and Wondrous Worlds: Art & Islam through Time & Place as well as numerous special exhibition such as Ming to Modern: Elevating the Everyday in Chinese Art, Tiaras to Toe Rings: Asian Ornaments, Red Luster: Lacquer and Leatherworks of Asia, Why the Wild Things Are: Personal Demons and Himalayan Protectors, and Gilding the Lotus: Enriching the Himalayan Collection. She has thematically re-installed more than twenty permanent galleries with titles ranging from Southeast Asia: Art of a Cultural Crossroads, and Dramatic Threads: Textiles of Asia to Musical Arts of Asia and Korea: Land of the Diamond Mountains.

Although she is a specialist of Himalayan art, she lectures and publishes widely. Recent publications include Arts of South Asia: Cultures of Collecting (2019), Implements for Enlightenment: Tibetan-Buddhist Ritual Arts (2019), Extending Enlightenment: Buddhist Art of Meiji and Edo Japan (2019), Wondrous Worlds: Art & Islam through Time & Place (2018), Occidentalisms in Japanese Fashion (2018), Connecting to the Cosmos: Jewelry of the Himalayas and Mongolia (2018), Korea: Highlights of the Newark Museum’s Collections (2016) and Beyond Zen: Japanese Buddhist Baroque (forthcoming).

Paul has held posts at the Philadelphia Museum of Art, the American Museum of Natural History in New York City, the Textile Museum in Washington, DC as well as the Newark Museum. She holds a B.A. in Art History from Reed College and a Ph.D. and M.A. in the Languages and Cultures of Asia from the University of Wisconsin-Madison. A Fulbright scholar, she has performed field research in twenty-six nations during the past twenty years.