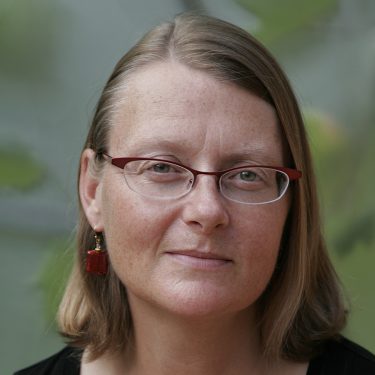 In partnership with the University of Alabama at Birmingham and Birmingham-Southern College, the Museum is pleased to welcome University of Notre Dame American Studies Professor Erika Doss for a lecture. Dr. Doss’s lecture, Spiritual Moderns: 20th-Century American Artists and Issues of Religion, will explore the significance of religious belief in the making of American modern art. Discussing artists like Mark Rothko and Andy Warhol, among others, Dr. Doss questions why religion was largely excluded in the history of modern art, and how including it enriches our understanding of modern art today.

Dr. Doss took time to speak with us more about her research and what we can expect from her lecture. Join us for the lecture on Wednesday, September 16 from 6:30-8PM in the Museum’s Steiner Auditorium. The lecture is free and open to the public.

Birmingham Museum of Art: When and how did your interest in American art and culture begin?

Erika Doss: It feels as though I’ve been doing this for 150 years! My original interest began as a college student and then was shaped more during graduate school. I was lucky to study with top Americanists, such as Karal Ann Marling, who shaped my interest in American art a great deal.

BMA: Here at the BMA, you’ll discuss how our religious beliefs influence our perceptions of modern American art. Is this relationship between religion and art different from those of previous eras?

ED: Yes, I think it is different. The big point of what I want to discuss is why we are less than interested in talking about modern art and religion today. People worry that when we classify art as “religious” that it is meant to be in a church or a synagogue. It is time for us to start thinking about art from a religious perspective, which doesn’t mean the art is made by religious artists, just that religion is part of artists’ cultural baggage that is brought into their art-making.

BMA: You’ll also consider the styles of famous artists such as Joseph Cornell, Mark Tobey, Agnes Pelton, Mark Rothko, and Andy Warhol. Do you think religious beliefs (or lack thereof) influenced the styles of these artists, or has the religious climate simply influenced how viewers think about them?

ED: The point of my project is to consider how religious beliefs influenced the art that was produced. Sometimes it is more blatant than others. For instance, Mark Tobey made art for the Baha’i temples just after World War I. Afterwards, a lot of his abstract art was influenced by his state of mind and his religious beliefs.

Today, we are reluctant to look at these artists who had faith or particular beliefs because religion is a loaded subject. We are so divided and there are so many stereotypes – the reality is that most of us are just uninformed. People are terrified to talk about Warhol as a Catholic artist, because then it is just called “Catholic art.” My work wants to give the social and religious context of how he works, as a Catholic, gay artist in the twentieth century, and then look at his paintings. Of course it is easy to look at some of his works, like his Last Supper paintings, and assume the religious undertones, but we need to think more about how these religious beliefs shape what and how he created.

BMA: You note that religion was largely excluded from the history of modern American art. Do you believe that the modern art movement was always secular, or have we left out religion as we’ve studied the era in retrospect?

ED: Much of my book is why people don’t talk about religion and art today. For instance, we tend to discuss the abstract art of Mark Rothko in terms of color and brushwork, not necessarily about Rothko as an artist. However, Rothko himself said he wants people to look at his paintings and have some sort of emotion and feeling; it’s important to consider Rothko’s own feelings and beliefs when he painted.

Rothko was the son of an Orthodox rabbi, he was Jewish by birth but not overtly Jewish (and also never renounced his faith). Looking at his paintings, we must consider what it meant to be Rothko – a Jewish artist in post-World War II New York, which was still a very anti-Semitic place. It was not until the Civil Rights Movement that the quota on Jewish students in Ivy League schools was lifted. So, we must look back into that moment and consider the context, especially the religious ones, that affected his work.

Also, sometimes people view abstract art as inherently spiritual simply because of its style. I want to avoid that slippage and categorization – it’s more about the artist and their background.

BMA: Last but not least, what is your favorite piece of modern art and why?

ED: I’m quite mercurial; it varies from day to day. Of the artists I will discuss, I do love Rothko and always have an emotional response to his work. I’m always impressed by the capacity of any artist to move me. We are inundated with so much going on in the world that when an artist evokes an emotion, that is a powerful thing. Recently, my favorite art was Nick Cave’s exhibition Here Hear at the Cranbrook Art Museum in Michigan. His soundsuits are incredible.

Click here to learn more about Dr. Doss and the lecture.