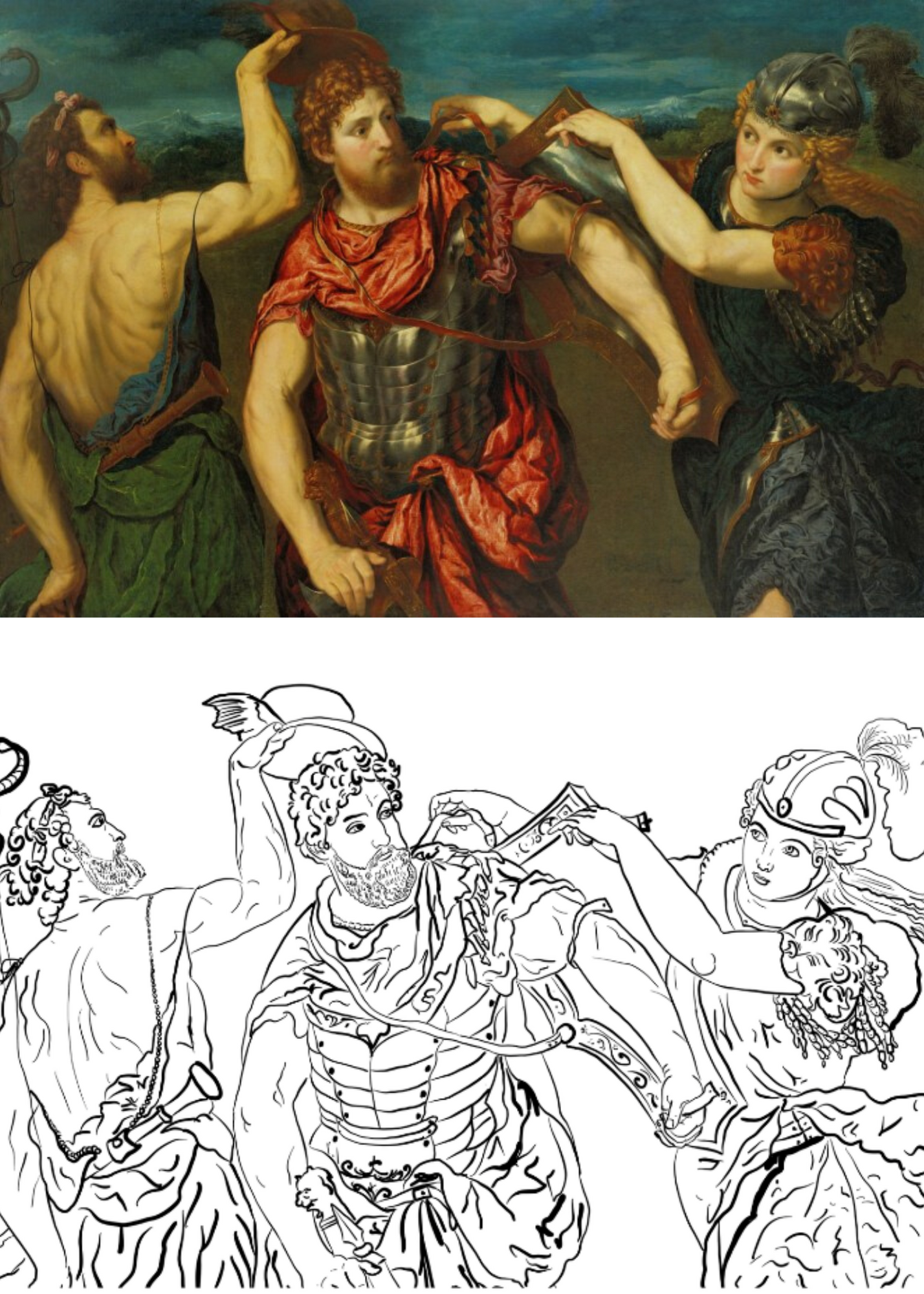 In art, the background is the area of an artwork that appears farthest away from the viewer and is the area against which a figure or scene is placed.

Backgrounds can be a solid color, a beautiful mountain landscape, a vast beach, or even a room inside of a house. Picking out a background sets the scene by helping the viewer get a sense of where and when the story in the painting takes place.

For this coloring activity, we removed the original background of the painting so that you can add your own. You can do this by drawing and coloring in a background OR you can cut out the figure and glue it onto a photo or copy of a landscape or even another work of art that you like!

We have two coloring sheets for you. Sheet 1 has more room for adding a background, and Sheet 2 is for those that want a larger coloring sheet to glue on another background.

Perseus Armed by Mercury and Minerva

This painting depicts a scene from Greek mythology. The figure on the left is Mercury (messenger of the gods), the figure in the center is Perseus (the hero of this myth), and the figure on the right is Minerva (goddess of wisdom and war). Perseus is a famed hero, slayer of monsters, and said to be the founder of the Greek city of Mycenae.

In this scene, Mercury and Minerva are giving Perseus weapons in order to prepare for his battle with the feared Medusa, who was a type of monster called a Gorgon. Medusa had snakes for hair and could turn anyone to stone that looked into her eyes!

Where would you set this scene? In Greece? In the mountains? In an ancient temple?

Does Medusa sound scary to you?

Do you think Perseus was scared to fight Medusa?

What time of a day do you think Perseus should fight Medusa?