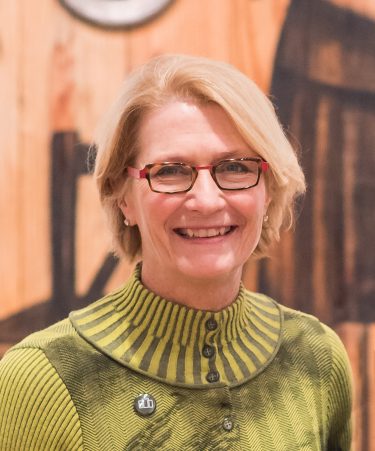 “For more than 40 years, Gail Andrews has been a tireless advocate for the arts in Birmingham and the state of Alabama. Her remarkable knowledge and passion for art is matched only by her drive to enhance the lives of others; and her contributions to our institution, our community, and the museum field at large are immeasurable,” says James K. Outland, Chairman of the Board of Trustees of the Birmingham Museum of Art. “Under Gail’s leadership, the Birmingham Museum of Art has strategically developed a vast and distinguished collection, establishing itself not only as one of the most outstanding art museums in the Southeast, but also as a critical resource for arts education in our region. Gail’s legacy will remain apparent through the phenomenal works that hang on the Museum walls, and her impact will continue to enrich lives in our community for generations to come.”

“It is with deep pleasure and gratitude that I reflect on my 40 years with this museum, a place I love and respect. It has given me the opportunity to work with individuals in the Museum and in the community who are wise, inspiring and great colleagues and friends,” says Andrews. “We are fortunate to have a premier institution, and our ongoing challenge is to create broader and deeper engagement in our community and beyond, ensuring greater appreciation, participation, and sustainability.”

A California native, Andrews earned her bachelor’s degree in History with emphasis on Colonial American History from the College of William and Mary and her master’s degree in American Folk Art/Museum Studies from Cooperstown Graduate Program.

Andrews arrived in Birmingham in 1976 to serve as the Museum’s first Curator of Decorative Arts. In 1991, as interim director, she managed a $21 million building expansion that increased the size of the Museum by fifty percent. Appointed director in 1996, Andrews provided oversight for dozens of groundbreaking exhibitions originated by the Birmingham Museum of Art which then traveled nationally, including: Kamisaka Sekka: Rimpa Master & Pioneer of Modern Design, co-organized with the Museum of Modern Art, Kyoto, the first retrospective of the artist; Leonardo da Vinci: Drawings from the Biblioteca Reale in Turin (2011) which brought rarely seen works by Leonardo to the United States for the first time; and Third Space /shifting conversations about contemporary art (2017), the Museum’s first large exhibition of contemporary art from its own collection. She was instrumental in bringing landmark exhibitions from other institutions to Birmingham including Matisse (2000) European Masterpieces:Six Centuries of Paintings from the National Gallery of Victoria, Australia (2002) and Pompeii: Tales from an Eruption (2007)

During Andrews’s leadership, the Museum’s holdings grew from 13,000 objects to 27,000 objects, as she placed a steady emphasis on collecting. She provided oversight for the acquisition of the Buten Wedgwood Collection, thereby establishing the Birmingham Museum of Art’s Wedgwood collection as the largest in North America. She brought international acclaim to several collection areas with distinguished additions to the Museum’s Vietnamese ceramics, and propelled significant growth to the American and European collections. Herself a published scholar and respected authority on textiles and folk art, Andrews spearheaded Museum initiatives to collect and display the work of self-taught artists from the Deep South, beginning in the late 1970’s with work by artist Lonnie Holley and still today with the recent acquisition of the Cargo collection of folk art. Additionally, Andrews strategically bolstered the Museum’s contemporary collection with notable works by women and African-American artists, including the commission of the internationally renowned painting by Kerry James Marshall, School of Beauty, School of Culture.

Andrews has championed the arts in Birmingham through her role as director, dedicated to keeping the Museum as one of the few left in the country that offers free admission to the public. In addition to the collection, she expanded Museum programming, funding, and staff, adding two collection curators, an objects conservator, and several members to the education department. Securing the endowment of five Museum positions, Andrews also increased the general endowment by $20 million. Thousands of educational programs were completed during her directorship. She successfully engaged a new generation of patrons with introduction of the Art On The Rocks event series, now in its 13th season, a program emulated by other cultural institutions. As a leader in the Museum field on a national level, she served as President of the Association of Art Museum Directors from 2007 to 2008.

Upon retirement, Andrews will remain engaged with various aspects of the Museum as she co-curates an upcoming folk art exhibition. An internal committee has selected Russell Reynolds Associates to undertake the search for the next director, who should be in place prior to Andrews’ fall exit.