The Birmingham Music Club presents a chamber concert of music that complements the exhibition, Small Treasures: Rembrandt, Vermeer, Hals, and Their Contemporaries. Listen to the music that would have been played during the time of the Dutch Masters.

Before the concert, visit Small Treasures before it closes! Tickets to the exhibition are free for BMA members and $12 for non-members. 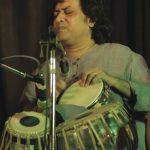 The Birmingham Museum of Art and the Indian Cultural Society (ICS) present a concert of Divine Music with artists Pt. Bhimanna Yadav (Sundari), Pt. Subhen Chatterjee (Tabla), and Pt. Indradeep Ghosh (Violin). They have enthralled audiences wherever they have performed in India and abroad. Join us for this rare and culturally unique experience. 2pm: Gallery talk with artist Frank Fleming
3pm: Red Mountain Chamber Players Summer Solstice Concert
Pairing with the Museum’s installation of Frank Fleming’s imaginative works in Between Fantasy and Reality: Frank Fleming, the Red Mountain Chamber Players will present a concert of music that reflects the mythological and whimsical nature of the exhibition. See the exhibition before the concert on a tour with the artist, then enjoy the concert, conducted by Yurii Henriques. The Birmingham Museum of Art and the Indian Cultural Society present a concert of Divine Music with artists Vidushi Mita Nag (Sitar), Pt. Subhen Chatterjee (Tabla), and Pt. Joydeep Ghosh (Sarod). They have enthralled audiences wherever they have performed in India and abroad. Join us for this rare and culturally unique experience. Please be sure to join us before the concert for a curator led tour at 6:00 pm. Vadym Kholodenko has emerged as one of the most musically dynamic and technically gifted performers of his generation, heralded for interpretations that are “impeccable, tasteful and vibrant, and also something more: imaginative” (Cleveland Plain Dealer). Winner of the coveted gold medal and all special prizes at the Fourteenth Van Cliburn International Piano Competition in 2013, he is forging an international career throughout Europe,… Featured in venues around the world from New York to Chicago, Los Angeles to Tokyo, 20-year-old pianist Daniel Hsu brings his award-winning performance to Birmingham for the first time. The BMA and the ICS present a special concert featuring the Divine Trio. Hear a feast for the ears in this performance by acclaimed vocalist Ramneek Singh, commissioned by the Indian Cultural Society at the Birmingham Museum of Art. Experience the peaks and valleys of Indian classical and semi-classical music through a specially curated selection of songs that showcase different musical genres such as Khayal, Tarana, Shabad, Bhajan, Thumri and Sufiana.