All Events / Lectures and Performances
Lectures 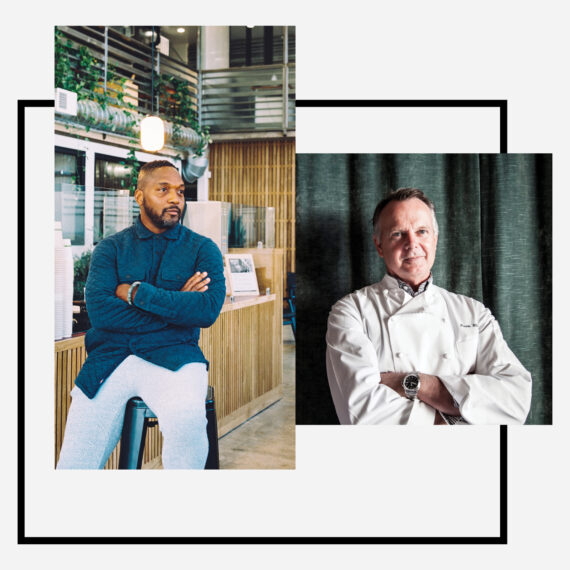 Join us for the 2022 Chenoweth Lecture featuring a discussion with James Beard award-winning chefs Frank Stitt and Bryant Terry. The subject of the evening will be “Food and Community in the South,” led by moderator Amanda Storey of Jones Valley Teaching Farm and Chef Ama Ifágbàmílà’ Shambulia of A Beautiful Life Enterprises LLC.

The Chenoweth Lectures were established in 1985 by Dr. Arthur I. Chenoweth as a memorial to his brother and parents.The purpose of these lectures is to encourage international understanding through the presentation of a variety of subjects by specialists in their fields. The 2022 Chenoweth Lecture will feature a discussion between world-renowned chefs Frank Stitt and Bryant Terry. Amanda Storey the Executive Director of Jones Valley Teaching Farm and Chef Ama ‘Ifabagmila’ Shambulia the owner and operator of A Beautiful Life Enterprises will also be participating in this conversation with Stitt and Terry. The panel will discuss the interconnectivity of food and community in the American South. Register below to let us know you’re coming! Registration is not required to attend but is preferred so we can gauge the popularity of the program. In the event that this program exceeds its maximum capacity we will prioritize attendees who have registered via the button below.

Frank Stitt’s fondness for humble Southern ingredients comes directly from his roots in rural Alabama. As a college student, he honed his kitchen skills at the now legendary Chez Panisse in San Francisco, where Alice Waters introduced him to Richard Olney, who became his mentor. At the time, Olney was working on the Good Cook series for Time-Life Books and needed an assistant. Stitt returned to the American South and the foodways of his childhood. Highly committed to sustainable agriculture and humane animal husbandry, he led the way in championing these practices. Before Garden & Gun named him “the godfather of Southern Cuisine,” Stitt opened Highlands Bar & Grill (1982) followed by Bottega (1988) and Chez Fonfon (2000). He is the author of the award-winning Frank Stitt’s Southern Table and Bottega Favorita. In 2018, Highlands Bar & Grill received the James Beard Foundation Award for Outstanding Restaurant. Stitt previously received the Foundation’s award for Best Chef: Southeast in 2001 and was nominated in 2008 for Outstanding Chef. He also received the Horst H. Schulze Award for Excellence in Hospitality from Auburn University in 2017.

Bryant Terry is a James Beard & NAACP Image Award-winning chef, educator, and author renowned for his activism to create a healthy, just, and sustainable food system. He is the founder and editor-in-chief of 4 Color Books, an imprint of Penguin Random House and Ten Speed Press, and he is co-principal and innovation director of Zenmi, a creative studio he founded. Since 2015 he has been the Chef-in-Residence at the Museum of the African Diaspora (MoAD) in San Francisco where he creates public programming at the intersection of food, farming, health, activism, art, and culture. San Francisco Magazine included Bryant among 11 Smartest People in the Bay Area Food Scene, and Fast Company named him one of 9 People Who Are Changing the Future of Food. For the 2022-2023 academic year Bryant will be an Artist Fellow/Visiting Scholar at UC Berkeley as a member of the second cohort of Abolition Democracy Fellows. Terry’s most recent book release, Black Food: Stories, Art, and Recipes from Across the African Diaspora is a tribute to Black culinary ingenuity capturing the broad and divergent voices of the African Diaspora through the prism of food. This groundbreaking book is now available in the museum store! Visit the store in-person or the buy button below to reserve your copy now to pick up during the lecture!

As Executive Director of Jones Valley Teaching Farm, Amanda is responsible for setting the organization’s strategy, supervising the Leadership Team, stewarding the annual budget, and acting as spokesperson to the community of donors, partners, and public. Jones Valley Teaching Farm’s education model, Good School Food, has grown from one to seven schools in the Birmingham City School system over the last ten years covering Pre-K-12th grade. Under her leadership, Jones Valley Teaching Farm launched the Ready to Grow capital campaign to build a Center for Food Education on their downtown campus and has successfully met the $8.3 million dollar goal. Prior to joining Jones Valley Teaching Farm, Amanda’s roles have included: Assistant Director at the Community Food Bank of Central Alabama, Assistant Vice President of Community Health & Wellness at the United Way of Central Alabama, and Marketing Manager at Cooking Light Magazine. She is a member of Kiwanis and serves on Hispanic Interest Coalition of Alabama’s and Institute for Strategic and Equitable Development (ISED)’s Board of Directors.

Chef Ama ‘Ifabagmila’ Shambulia is the owner and operator of A Beautiful Life Enterprises LLC has a passion for sharing whole food plant based nutrition education. Committed to holistic life principles over an expansive career as a natural foods chef (vegan, vegetarian, whole & living foods), certified wellness coach (IIN Institute of Integrative Nutrition),‘herban’ homesteader and ‘budding’ biodynamic earth worker (gardener) she has combined these passions to become an educator and advocate for wellness in Birmingham communities and beyond.

Ama serves presently on the culinary advisory board of the JVTF Center For Food Education, is a member of Hopewell Women in Agriculture and has been accepted into the Milestones Circles Program at the Nasdaq Entrepreneurial Center for women business owners ‘22/’23.

Black Food: Stories, Art, and Recipes from Across the African Diaspora Reserve your copy now to pick up during the lecture!