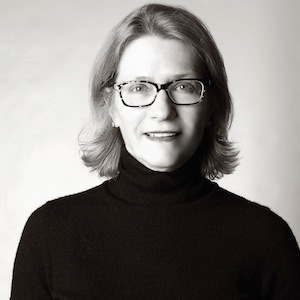 On Wednesday, May 24, the Alabama State Council on the Arts (ASCA) presented Gail Andrews, R. Hugh Daniel Director of the Birmingham Museum of Art, the Jonnie Dee Riley Little Lifetime Achievement Award at its biennial Celebration of the Arts Awards Program in Montgomery, Alabama.

Written by Dr. Graham Boettcher, the following article was presented at the Awards Program and is published in the current issue of Alabama Arts magazine.

If you’ve ever witnessed Gail Andrews speak about the importance of connecting people with art, chances are you’ve heard the passion in her voice and seen the conviction in her eyes. For this woman, who for the past two decades has served as the director of Alabama’s largest art museum—the Birmingham Museum of Art (BMA)—creating meaningful experiences with art is not just a job, it’s a vocation, one to which she has tirelessly dedicated herself for more than 40 years. Andrews’ staunch advocacy for the arts in our state dates back to her arrival in Alabama in 1976, when she served as the Birmingham Museum of Art’s first curator of decorative arts. In 1991, as the BMA’s interim director, she guided the Museum through a $21 million expansion and renovation, increasing the size of the Museum by fifty percent and establishing it as the largest municipal museum in the Southeast. In 1996, Andrews was appointed R. Hugh Daniel Director of the Birmingham Museum of Art and under her leadership the Museum has burgeoned: the collection has grown from 13,000 to 27,000 works of art; programming has been greatly expanded; five key positions have been endowed; and $20 million has been added to the endowment—all while maintaining free general admission. Few individuals have made so great and transformative an impact on a single institution. For one who has truly dedicated her entire professional life to the arts of Alabama, the Jonnie Dee Riley Little Lifetime Achievement Award seems a fitting tribute.

Born in Washington, D.C., from two until the age of six, Andrews lived outside Tokyo, Japan, where her father was an engineer for Philco, the consumer electronics manufacturer. Though she lost her ability to speak Japanese, Andrews has vivid memories of her early childhood abroad, including her Japanese playmates. It is this experience that Andrews credits for her lifelong love of learning about foreign cultures. Andrews’ family left Japan for California, where—except for a year in Texas near her mother’s family following her father’s death—she lived in the San Francisco Bay Area until heading east for college. Andrews’s mother was a major influence on her life, providing her with cultural opportunities such as visits to art museums, theater and ballet performances, and botanical gardens. However, it was an elementary school teacher that instilled in Andrews a love of American history that set her on the path to becoming a historian of American decorative arts. As she explains, “I always trace my interest to my love of history, the American experience, to Mr. Pitney’s 5th grade history class. I fell in love with and became truly fascinated with the early settlement and development of our country.”

Andrews received her undergraduate education from the College of William & Mary in Williamsburg, Virginia. The nation’s second-oldest institution of higher learning proved to be an ideal place for Andrews to explore her love of the past, not only because of its history-steeped setting, but also due to opportunities provided by the school’s Institute of Early American History and Culture. According to Andrews, “Once there, I explored that area broadly: historical archaeology, which included working on a excavation in Yorktown, and art history and literature courses with focus on colonial and early America. That experience taught me that my interest was social history—how people lived, what they built, made, and surrounded themselves with—particularly decorative arts, paintings, architecture.”

Andrews received her master’s degree in museum studies from the Cooperstown Graduate Program in historic Cooperstown, New York. As a student in the American Folk Culture Program, Andrews first discovered the work of living folk artists thanks to Dr. Louis C. Jones (1908 – 1990). According to Andrews, “It was Professor Jones who introduced me to folk art, not what I had seen at Williamsburg at the Abby Aldrich Rockefeller Folk Art Center, but contemporary works by living artists. It opened up a whole new world and view for me, an interest that continues today.” Jones’s inclusive approach and passionate belief in the importance of the lives of working people whose stories were often left out of formal histories resonated with Andrews. It was at Cooperstown where Andrews also cultivated her passion for and expertise in textiles in general and quilts in particular under the instruction of Virginia Parslow Partridge (1917 – 2007), a weaver and textile historian.

Andrews’ time at Cooperstown cemented her aspiration to work with objects, in particular decorative arts, which brought her to Alabama in 1976, as the BMA’s first curator of decorative arts. It also instilled in her an interest in oral history and contemporary makers, which fueled her desire to meet quilters and folk artists upon moving to a state so rich in both. Spending time and learning from so many Alabama artists over the years has provided Andrews with many memories. Dr. Robert Cargo (1933 – 2012), Professor of French at the University of Alabama, and one of the most important collectors of quilts in the United States, had an enormous impact and influence on Andrews. From Cargo, Andrews learned not only about the quilts of Alabama, and the people and history of this state, but also—in her words—“ about integrity, diligence, and respect.” One particularly memorable occasion occurred during a visit to one of the centers where the “Boligee Quilters” gathered one day a week to quilt, talk, and share a meal. As Andrews recalled, “The room was active, alive, full of color and stories and laughter. Then before lunch, all became quiet, and we gathered in circle, holding hands, and a prayer and a hymn that felt transcendent enveloped everyone. It was the moment that Dr. [Louis] Jones wanted to capture—the work and stories of the everyman, the essential makers—quiet, moving, and compelling.”

Among Andrews’ other mentors were Dr. David Farmer, director of the Birmingham Museum of Art from 1976 to 1978, and his successor, Richard N. Murray (1942 – 2006), director from 1979 to 1983. Andrews says, “Both were taking risks in mounting some very ambitious exhibitions, ones that would make a contribution to scholarship, while offering our community new and rich opportunities with works of art.” When she became director, Andrews continued the precedent established by her mentors, overseeing the organization of dozens of groundbreaking exhibitions which traveled nationally, including Kamisaka Sekka: Rimpa Master –Pioneer of Modern Design (2003), co-organized with the Museum of Modern Art, Kyoto, the first retrospective of the artist; Leonardo da Vinci: Drawings from the Biblioteca Reale in Turin (2011), which brought rarely seen works by Leonardo to the United States for the first time; and The Look of Love: Eye Miniatures from the Skier Collection (2012), the first major exhibition of English “lover’s eye” miniatures. She was instrumental in bringing landmark exhibitions from other institutions to Birmingham including Matisse (2000), European Masterpieces:Six Centuries of Paintings from the National Gallery of Victoria, Australia (2002) and Pompeii: Tales from an Eruption (2007). The BMA’s most recent exhibition under her leadership is Third Space /shifting conversations about contemporary art (2017), the Museum’s first major exhibition of contemporary art from its own collection.

Among the many traits that have contributed to Andrews’ success and longevity at the Birmingham Museum of Art is her ability to form lasting and meaningful relationships with staff, patrons, and members of the community. Andrews has also forged such relationships on a national level through her participation in the Association of Art Museum Directors. She cites her involvement in the AAMD as one of her most rewarding professional experiences, saying, “I have such regard and affection for so many of my colleagues. They have been available for advice and counsel, for ideas and partnerships, and have truly been a significant part of my life.” From 2007 to 2008, she served as president of the AAMD, evidence of the high regard in which she is held by fellow museum directors throughout the country.

In March 2017, Andrews announced that she would retire in the coming fall. She looks forward to traveling with her husband, Dr. Richard Marchase, and spending time with her family: daughter Julia Trechsel Davis, son-in-law Dr. Christopher Davis, and grandson Reynolds; son Andrew Trechsel; stepson Dr. Nicholas Marchase; and step-daughter Allison Marchase. While retirement will allow more time for the pleasures of gardening, hiking, and yoga, she will continue to be involved with the BMA, co-curating an exhibition of Dr. Cargo’s folk art collection and writing about the Museum’s quilt collection. When asked about her legacy, Andrews says, “I hope I will be remembered for creating a greater sense of inclusion and more diversity among our audience, our collection and our staff, though we know we have more to do. I take a great deal of pride in fostering collecting more works by African American artists, and also by artists who are depicting and reflecting on the Civil Rights Movement. Our community is becoming more diverse and our collection and programming is also reflecting this growth and change as well, in many ways.” Indeed, growth and change may be the best words to define Gail Andrews’ forty years of passionate and unwavering devotion to the Birmingham Museum of Art, which will continue to have a profound impact on the cultural landscape of Alabama for generations to come.