John La Farge, most famous for his virtuoso stained-glass windows, was a writer and artist who excelled in a variety of mediums. Born to a wealthy French emigre family, La Farge had a privileged cultural upbringing. Despite a lack of any formal training in art, he sought an introduction to famed French artist Thomas Couture, with whom he trained briefly. La Farge felt mostly alienated from the American landscape tradition and sought inspiration in the European Old Masters, the English Pre-Raphaelites, and the French Barbizon School. In addition to European painters, La Farge was fond of and took inspiration from the highly formal styles of Japanese art, the simplicity of which clearly influences the composition of Water Lily as well as an emphasis on local color. Though Water Lily is neither so bright as La Farge’s stained-glass windows or other paintings, it shares with his other works the use of light which seems to miraculously emanate from the subject and an almost glassy finish. 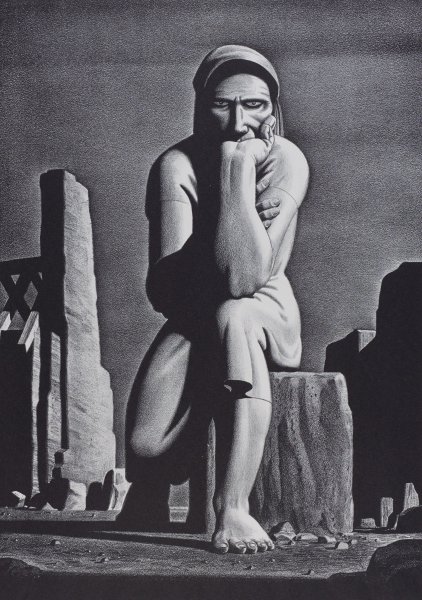