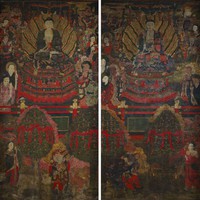 Amitabha is the Buddha of Infinite Light, one of the most popular of the Buddhist gods. He lives in the Western Paradise (Sukhavati Paradise), the Pure Land he created, where the faithful pray to be reborn. The figures and imagery of this mural were easily understood by the followers of Amitabha, giving concrete form to the visions of paradise presented in the holy texts. The Pure Land is described as a land of infinite beauty, peopled with many gods and men, rich in a variety of flowers and fruits, and adorned with jeweled wish-granting trees where rare birds come to rest.

These two panels weigh approximately one ton and are the outer parts of what was probably a much larger composition of the Pure Land of Amitabha. The wall on which the mural is painted is made of mud mortar on a bamboo lattice frame, bound with chopped straw and rush, covered with a layer of cloth and fine plaster. As there are paintings on both sides of the wall, this must have been an interior wall within the temple. Murals such as this served as backdrops for sculpture in Chinese Buddhist temples, forming an important part of the temple teachings.

It is not known from which temple in China this mural came. The delicate textile patterns, the lavish use of gold, and the subtle expressions of the faces; however, are all of the highest quality, suggesting that it was part of an important temple in a major metropolitan area. 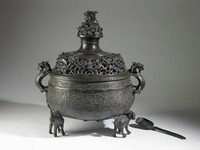 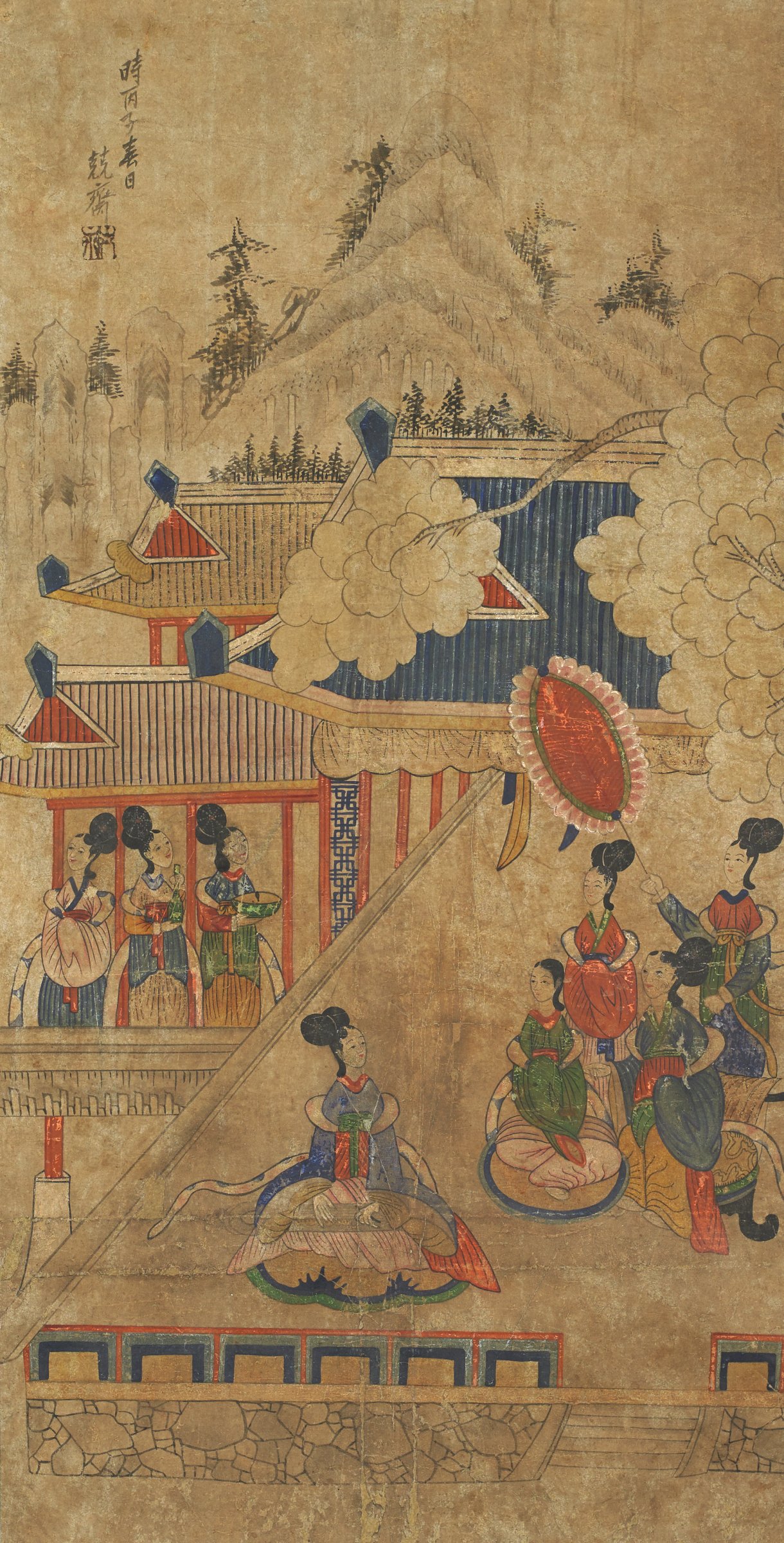