On May 17, 1915, during the First World War, a German U-Boat torpedoed the British luxury liner RMS Lusitania. The Lusitania sank in just eighteen minutes, killing 1,198 of its 1,959 passengers, among them Elbert Hubbard, founder of Roycroft, an Arts and Crafts movement colony; and Alfred Gwynne Vanderbilt, scion of one of America’s wealthiest families.

The attack on the civilian vessel prompted international outrage, causing popular sentiment in officially neutral nations, such as the United States, to turn against Germany. This sculpture is Bartlett’s pointed response to the event, warning that America should prepare itself for an imminent war. Bartlett was correct: on April 6, 1917, the U.S. Congress declared war on Germany. 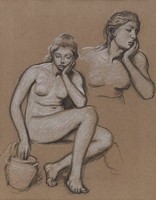 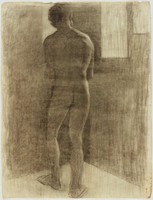 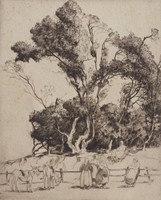