The patterns and images on this ukara cloth are known as Nsibidi – an ancient system of graphic communication indigenous to the peoples of southeastern Nigeria and southwestern Cameroon in the Cross River region. A coded language of visual symbols, nsibidi does not correspond to any one spoken language. It is an ideographic script whose symbols refer to abstract concepts, actions or things and whose use facilitates communication among peoples speaking different languages.

Nsibidi is made up of nearly a thousand symbols that can be drawn in the air (as gestures), on the ground, on skin (as tattoos), on houses and on art forms, such as masks and textiles. Though it is enjoyed as an artistic practice by the general public, deeper knowledge of the nsibidi symbols is restricted to members of men’s associations, which once controlled trade and maintained social and political order. Members of a secret society known as the Leopard Society wear ukara cloths such as this on special ritual occasions. The cloths are tied around the waist to form a long skirt. 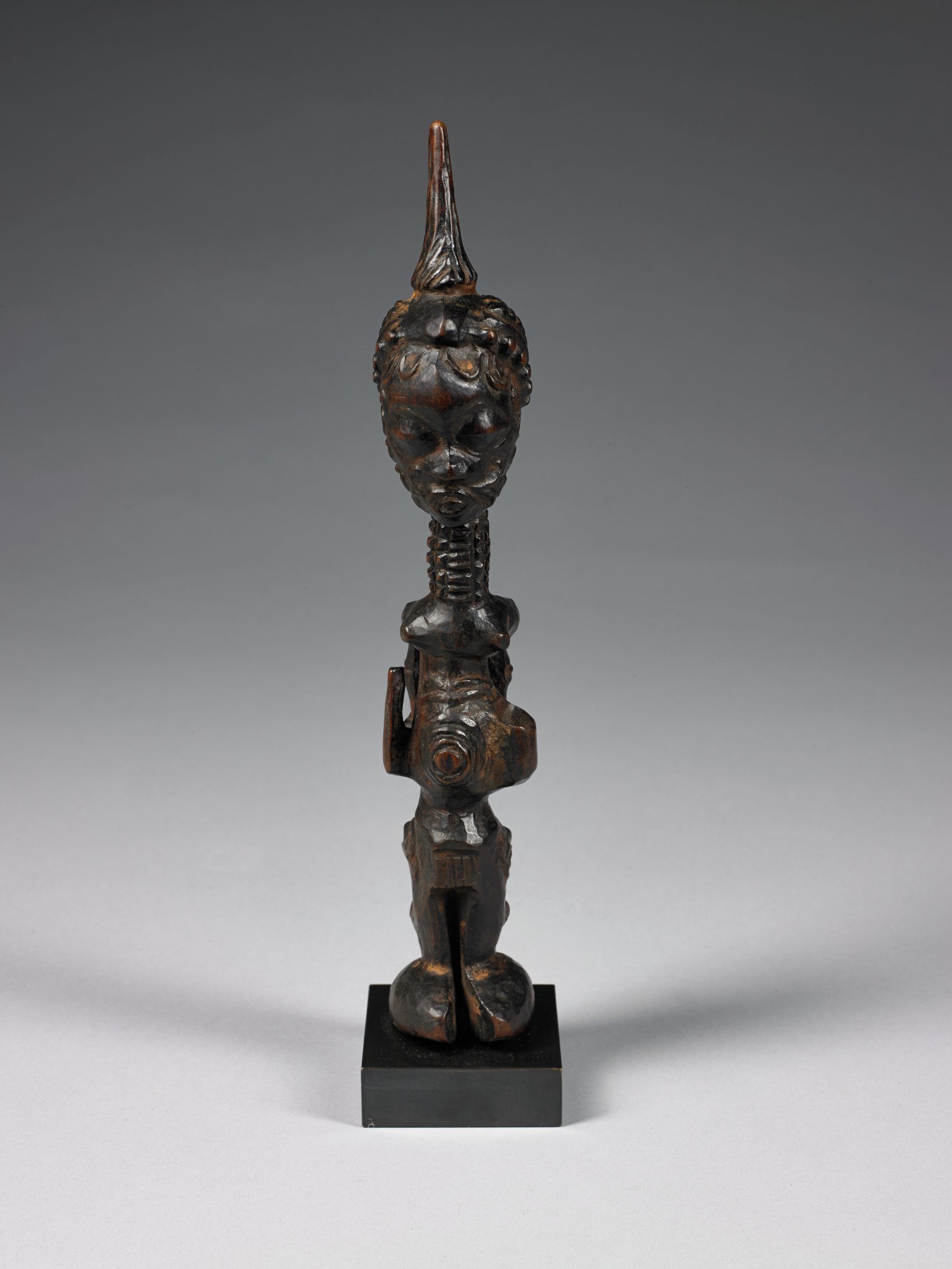 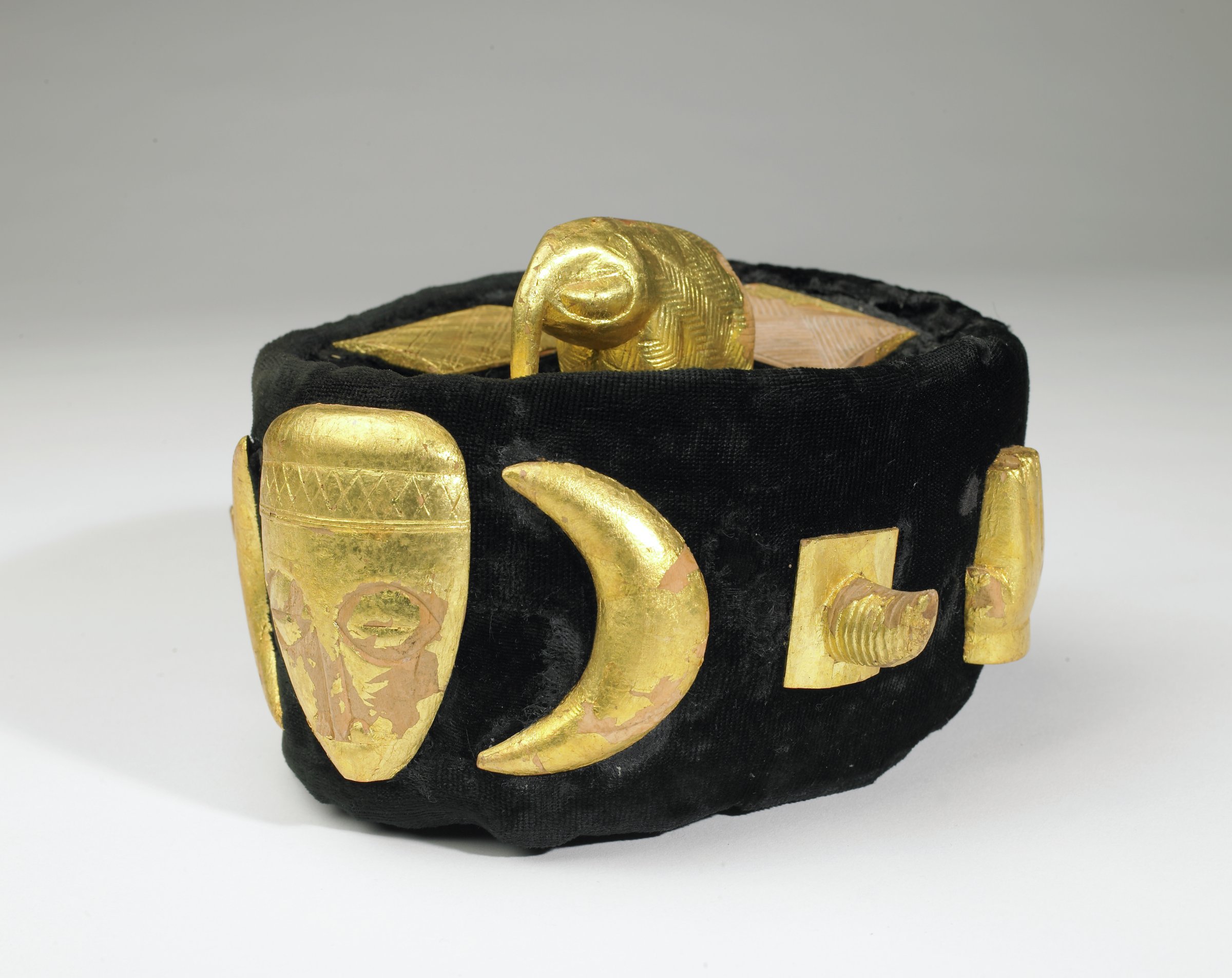 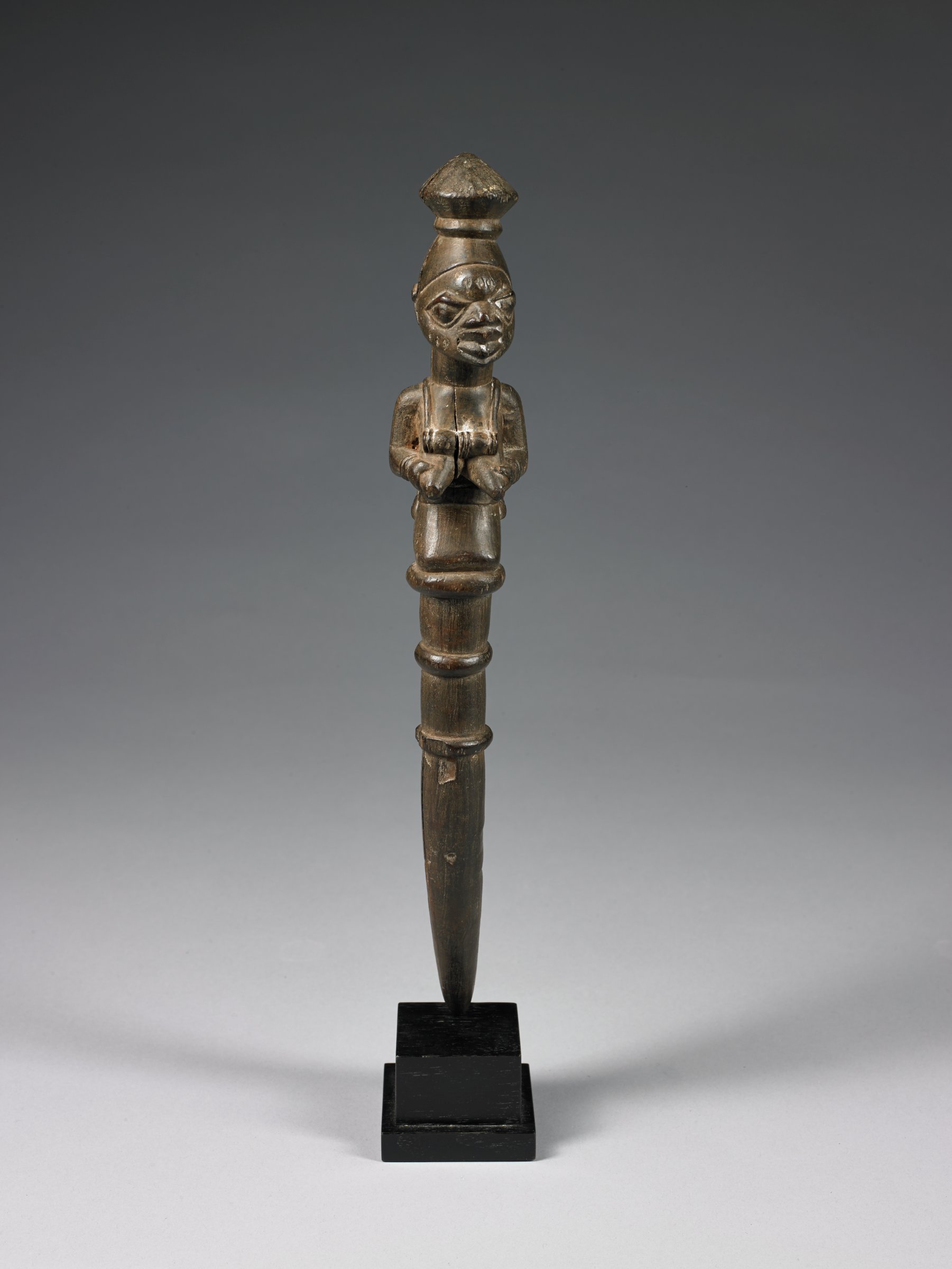