In the last quarter of the nineteenth century, as increased competition made porcelain imported from France more affordable, china painting became a popular pastime for American women. For some it was a hobby, while for others it was a cottage industry. Capitalizing on the china painting craze, Birmingham artists Carrie Hill and Mrs. J. B. Raulston taught women to decorate porcelain—as well as to paint in oil and watercolor—at their studio in Birmingham’s Commercial Club Building.

The fad for china painting continued well into the 1920s, and blanks (undecorated china) from other countries—including German porcelain and Japanese Satsuma ware—were painted in a variety of period motifs. This colorful box bears the image of a griffin, a legendary creature with the body of a lion and the head and wings of an eagle, which is commonly found in art and architecture created in the Art Deco style. It was decorated by Lucy Du Bose, a Birmingham artist who worked in the Studio Arts Building at Five Points South, the same building to which Carrie Hill moved in 1917. 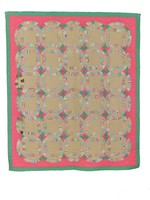 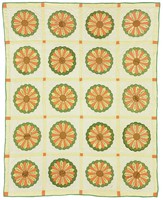