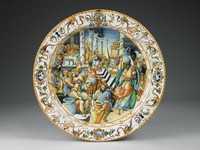 The scene on this plate depicts the Emperor Julius Caesar offering food and wine to the Roman people. It is probably based on a drawing by the artist Taddeo Zuccaro (1529-66). Zuccaro designed specifically for majolica workshops, and his drawings are known to have been used regularly by Urbino majolica painters. The scene is an example of istoriato decoration. With istoriato majolica, the entire surface of the object is treated as a canvas for painting, and each piece is decorated with colorful scenes that tell a story. Popularized by the Urbino workshops, istoriato pottery represents the first time that the craft of Italian majolica achieved a status almost equivalent to that of the fine arts.

The central scene is surrounded by grotesques, a term used to describe the painted ornamentation found on the walls of antique houses that were excavated during the late fifteenth and early sixteenth centuries in Rome. Around 1519 the artist Raphael and his students painted the Vatican loggias with similar colorful grotesques on a white ground, and they were first used on majolica objects from the early 1560s, usually to surround large istoriato scenes. The grotesques on this plate, which incorporate fantastic birds, part-human creatures, scrolls, stylized urns, and medallions imitating engraved gems, may derive from the set of etchings known as Les Petites Grotesques by the French architect and designer Jacques Androuet I Du Cerceau (1510-84).

The coat-of-arms at the top of the plate refers to Gregorio Petrocchini da Montelparo (1536-1612), made bishop by Pope Sixtus V on December 20, 1589. Around this time, a large service was made for Petrocchini, which would have been displayed on a large sideboard, or credenza, in his villa. The plate remained in the Petrocchini family until late 2009. 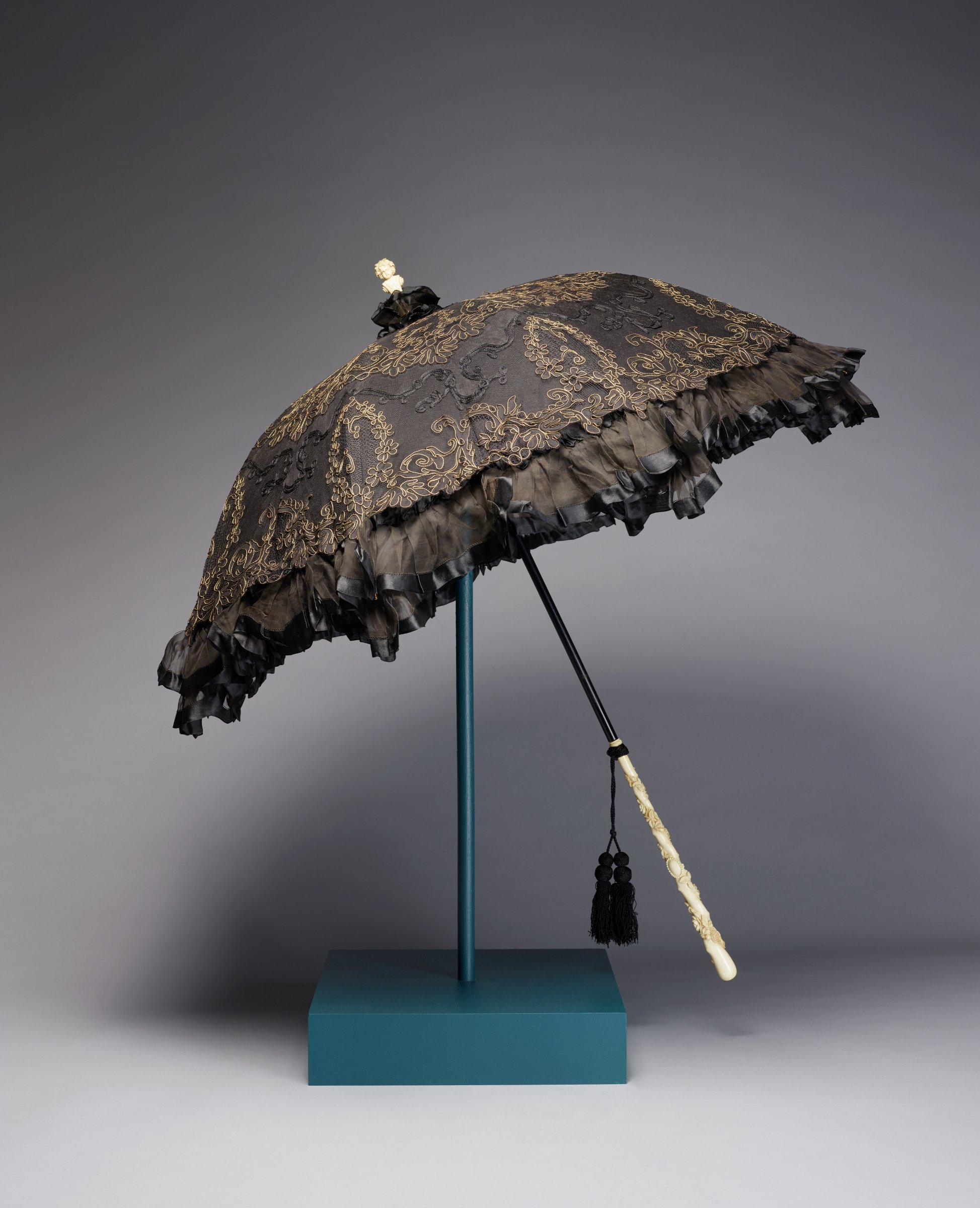 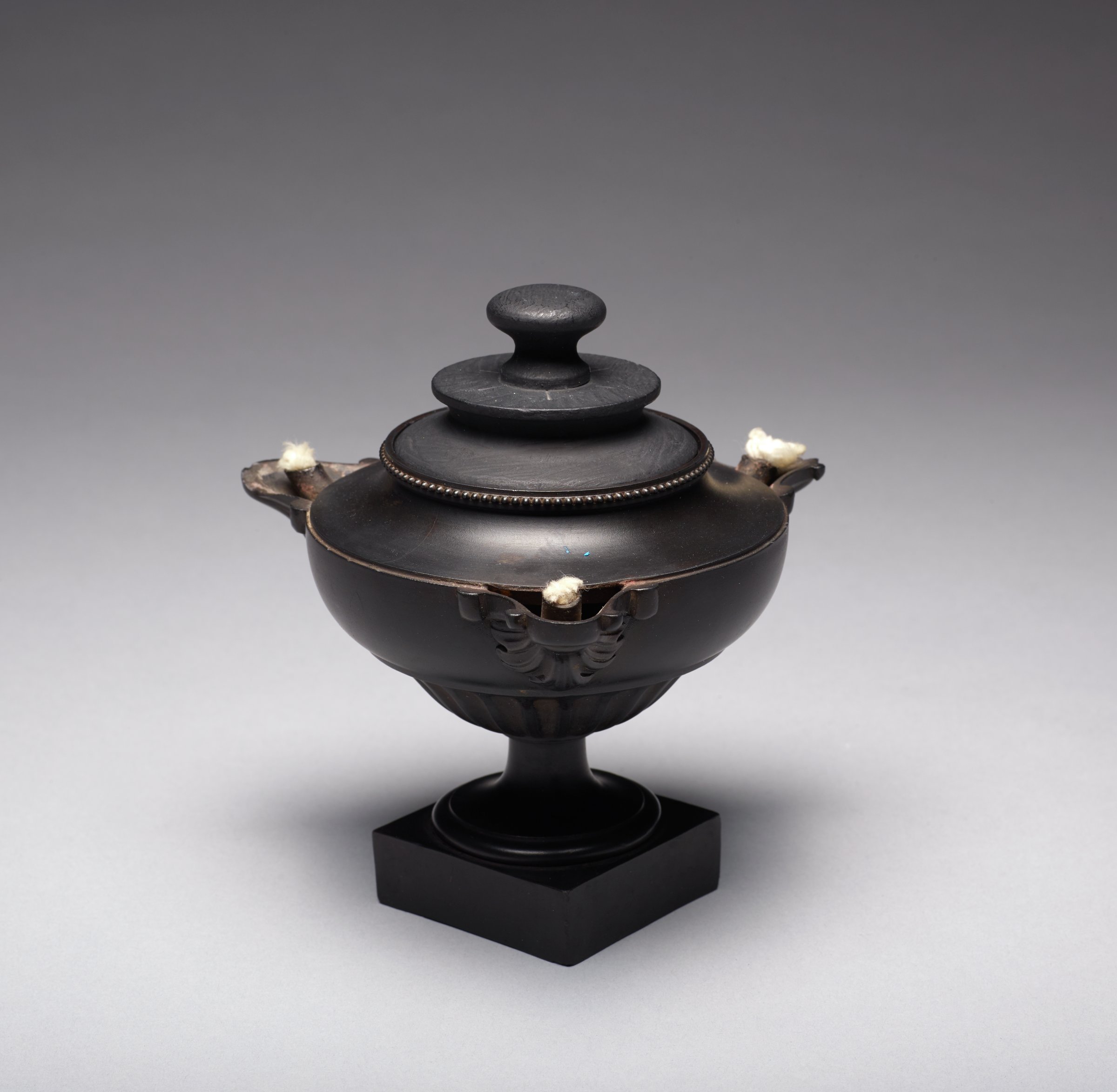