These vases are painted in a style copied directly from Limoges enamels of the sixteenth century. During the nineteenth century, international exhibitions played an important role in the development and dispersion of new technologies and styles in the decorative arts. One result of the first world’s fair in London in 1851 was the appointment at Meissen of an artistic advisory committee, which made recommendations to the factory with regard to form and decoration. After the English porcelain factory Royal Worcester experienced great success at the London Exhibition of 1862 with its blue ground porcelains painted in the style of sixteenth-century Limoges enamels, the committee recommended that Meissen create similar objects in imitation of this very popular style. By 1865 Meissen was producing its own pieces in the Neo-Renaissance style. 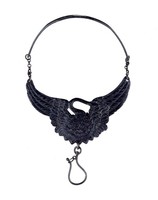 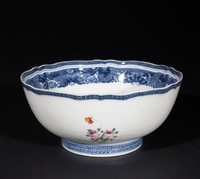 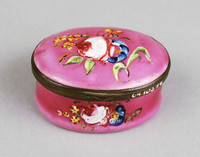