Karl Friedrich Schnikel was one of the most important German architects, painters, and designers of the early nineteenth century. He was a student of the classical architect Friedrich Gilly (1772-1800) and settled in Berlin in 1805. There he immediately received commissions for furniture designs from the Prussian royal family. His style, which differed greatly from the Empire style in France and the Regency style in England, is strikingly modern. Schinkel understood the importance of function and, like many contemporary designers, sought to combine this concept with good design. Historical motifs are seldom stressed although he made use of decorative elements derived from past styles. It is significant that he had his designs carried out in cast iron, a material of which he made daring use as an architect. 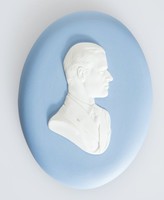 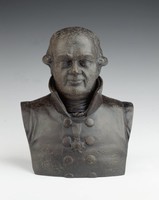