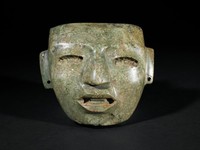 Archaeologists have found stone masks, which may have functioned in a funerary context, at the ancient site of Teotihuacan. A major urban center in central Mexico, this civilization reached its height about 600 AD. Its 125,000 to 150,000 residents made it the sixth-largest city in the world. After it was attacked and burned around 750 AD, the site was never re-inhabited. Neither the ethnicity nor the language of the people of Teotihuacan is known. 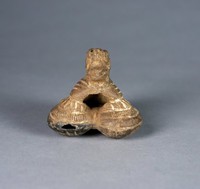 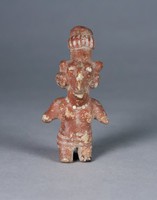 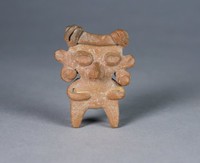