This composition, known in a number of variants, was extremely popular in the late 1480s and early 1490s. It probably derives from a prototype by Domenico Ghirlandaio (1448/9-1494), master of one of the largest and most important workshops in late fifteenth-century Florence. The high quality of this painting suggests Mainardi (Ghirlandaio’s brother-in-law) likely painted it under the master’s close supervision. Commercial production of admired compositions was quite common during the Renaissance, especially for private devotional use. The tondo (round) format was particularly favored for the home. 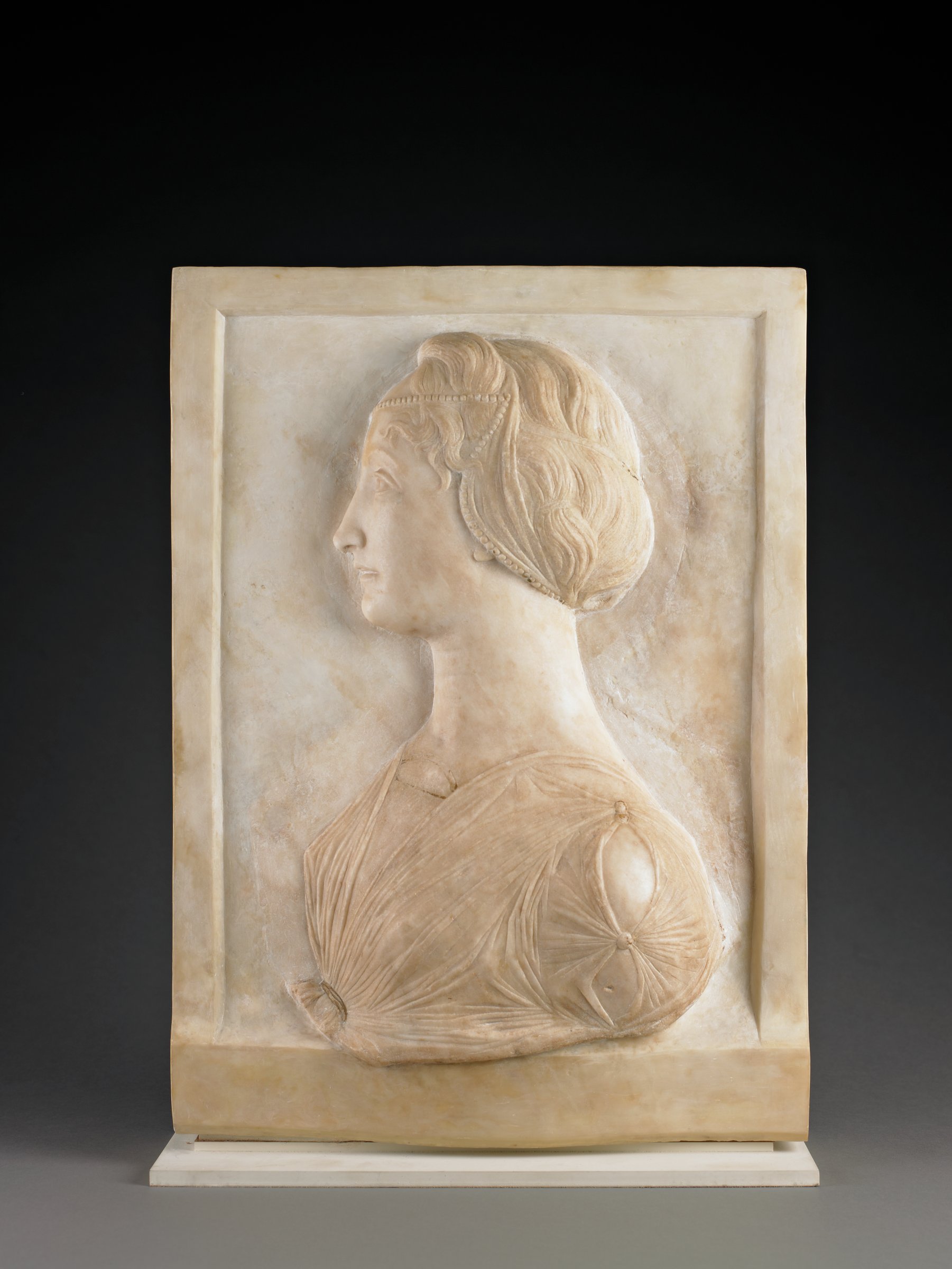