This silk embroidered picture of Liberty is based on Edward Savage’s engraving of the same subject after his own life-size painting of 1793. The engraving Liberty. In the form of the Goddess of Youth, giving Support to the Bald Eagle was published June 11, 1796, in Philadelphia, and widely distributed and copied in various media including watercolor on paper, oil on velvet, oil on canvas, reverse painting on glass, and painted and embroidered images such as this example. The drawing and painted details of this needlework picture are attributed to the artist Samuel Folwell, whose wife Ann Elizabeth ran a school for girls in Philadelphia. After Folwell sketched the design on the silk, the picture is believed to have been embroidered by Margaretta Ray Smith, a student at the Folwell school. Margaretta Ray Smith later married Robert Locke and before 1836 moved to Fayette County, Tennessee. A second needlework picture by Margaretta depicting the birth of Christ has also descended in the family. 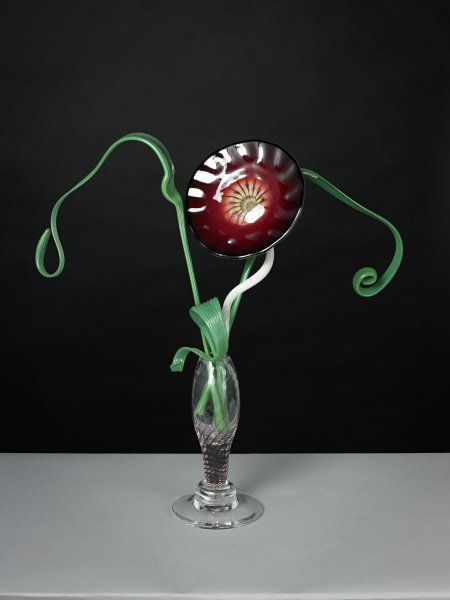