Leaving Home reminds us all of the heartache and fear a family has as it sends a loved one off to war. Here the father bravely wishes his son well as those near and dear to him gather round. The model for the young boy leaving for the war was Dan Tanton who attended church with Gilbert Gaul. The model for the father depicted in this painting was a Confederate veteran who lived in Nashville at the time. The two daughters were painted from the same model, Mary LeSeur.

The following verses are excerpts from a poem that, according to War Poetry of the South, was found on the body of a young soldier from one of the Alabama regiments under General Robert E. Lee. It is believed that the soldier’s mother wrote the poem.

I know the sun shines, and the lilacs are blowing,
And the summer send kisses by beautiful May.
Oh! To see all the treasures the spring is bestowing,
And think my boy Willie enlisted today.

I sit in the window and see the flags flying
And drearily list to the roll of the drum,
And smother the pain in my heart that is lying
And bid all the fears in my bosom be numb. 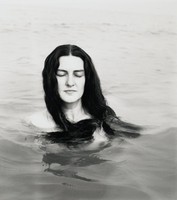 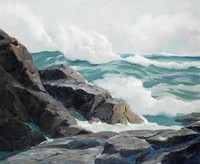