Ekkei became a Buddhist monk when he was 18. In time he became abbot of his own Zen temple and lived within the precincts of the great temple compound at Myoshin-ji in Kyoto. Kanzan and Jittoku were two eccentric Chinese Zen monks who lived in the 9th century. Ekkei shows them with their usual broom and scroll and adds one of Kanzan’s poems:

My heart is like the autumn moon,
Pure, clean and bright as emerald waters.
There is nothing that can truly compare –
Tell me, how can I explain it? 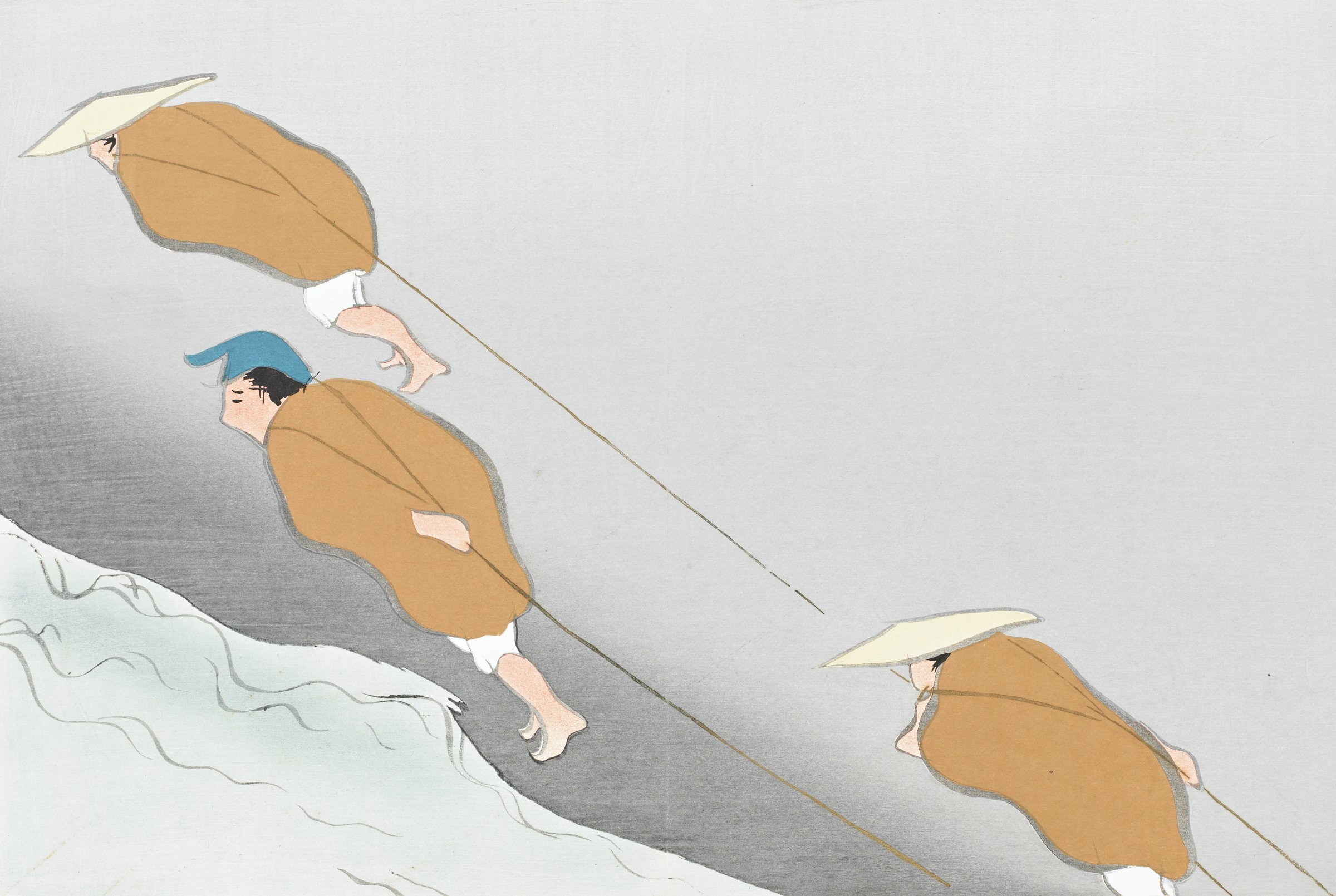