Born near Durham, England, John George Brown, or “J.G.’ as he called himself, studied art at the Trustees Academy in Edinburgh, Scotland. In 1852, after a short stay in London, Brown immigrated to the United States, first settling in Brooklyn, where he worked for the Brooklyn Flint Glass Company.  In 1857, Brown enrolled in antique and life drawing classes at the National Academy of Design taught by the portraitist, eventually becoming regular exhibitor at the Academy.  In 1860, Brown took a studio in New York’s Tenth Street studio building, which occupied a central place in the city’s artistic culture.  Brown is chiefly known for his depictions of children; for more than a decade, Brown’s subjects were primarily country children, but around 1875, he turned his attention to city children, particularly street urchins, such as bootblacks, paperboys, musicians, and posy sellers.

Beginning in the 1880s, when shoeshine boys comprised the majority of his artistic output, Brown sought new subjects, turning to old men and women in rustic interiors. His Only Comfort depicts an elderly farmer meditating over his Bible, his gaze seeming to address the viewer directly.  As the art historian Martha J. Hoppin has observed, “[Brown’s] nostalgic scenes of old people evoke an uncomplicated, rural past and represent the survival of the shrewd Yankee spirit in the country.” In addition to evoking a sense of nostalgia for the rural past in an age of increasing urbanization, Brown’s canvas offers a sensitive and empathetic view of the loneliness of old age. Furthermore, Brown’s composition-as the title suggests-evinces the importance of religious scripture to American life in the nineteenth century. 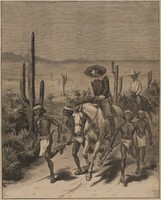 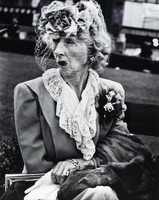 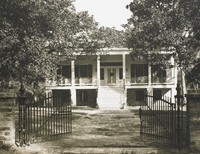