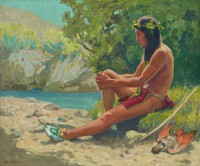 Raised in Saginaw, Michigan, Eanger Irving Couse’s interest in Native American cultures developed at an early age due to his interactions with the Chippewa people. He began his artistic training at the Art Institute of Chicago in 1882. The following year, he moved to New York, where he studied at the National Academy of Design. Like many of his contemporaries, Couse continued his education abroad, studying at the Académie Julian in Paris with the highly regarded academic painter William-Adolphe Bouguereau from 1886 to 1891. In 1892, Couse exhibited The Captive, his first painting of an Indian subject, at the Paris Salon.

Couse first visited Taos, New Mexico in 1902, returning every summer for the rest of his life. Couse became a leading figure in Taos Art Colony and devoted himself to the depiction of Indian subjects, particularly the local Pueblo people. On April 14, 1913, Couse wrote to Lillian Bowron of Birmingham, Alabama, who had recently acquired Dreaming from the St. Louis art dealer Howard Young. He explained, “This canvas was painted by me last summer at Taos, New Mexico, & represents a young pueblo indian dreaming in the warm sunlight of that country. The Taos pueblo contains at present about 500 indians who live a happy & contented life far from the railroad & still retain their primitive manners & customs.” 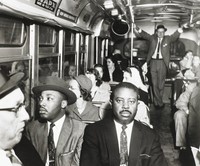 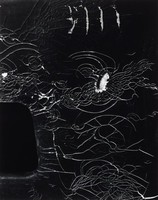 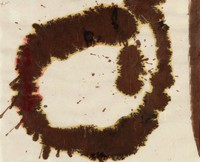