Platinum resist is the name given to a type of lustre decoration involving the use of platinum, a metal first isolated in 1750, in which the pattern is the color of the body (here the canary-yellow glaze) against a silver ground. The term resist refers to the technique of applying to the glaze a water-resistant substance, such as wax, or partly covering it with a paper cutout or stencil, followed by the application of lustre. During firing, the resistant substance is burned away, leaving the pattern free of lustre.

After firing, platinum has a silvery appearance, which has resulted in the misnomer of silver lustre or silver resist for this type of ware. 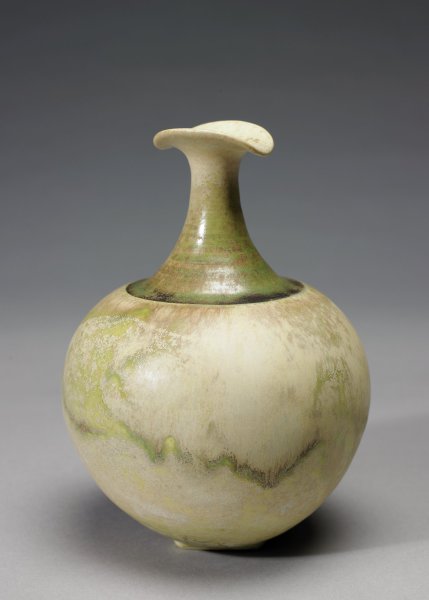 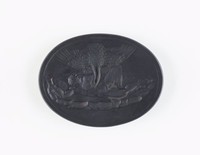 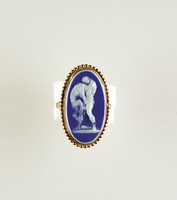