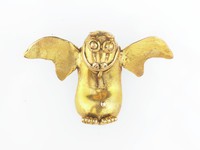 People of considerable wealth or power would have worn gold objects. Animal figures had great symbolic importance in ancient Central America and sometimes represented shamans—spiritual practitioners who harnessed the power of animals and interacted with nature and the spirit world. Gold was worn not only by the living but also by the buried dead.

The long tongue may identify this bat as a species that drinks nectar from flowers. 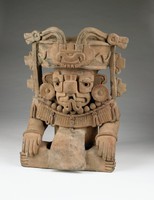 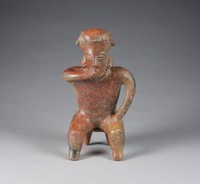 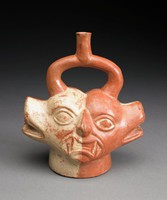