Rapid brushstrokes form a growing triangle in a field of red in Norman Lewis’s abstract painting Alabama II. The marks suggest the torches carried by members of the white supremacist terrorist organization, Ku Klux Klan, during organized attacks on and murders of people of color. Yet the expanding red lines could also suggest a nonviolent march, one method of protest during the 1960s.

For Lewis, a New York City-based artist, Alabama represented the center of the struggle between brutal oppression and nonviolent resistance. This work captures both the frightening and constant threat of violence faced by African Americans, and Lewis’s anger at their treatment. Today the painting asks, who lives in fear in the United States and abroad? 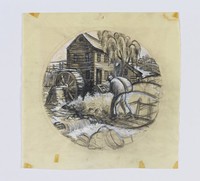 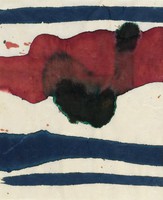