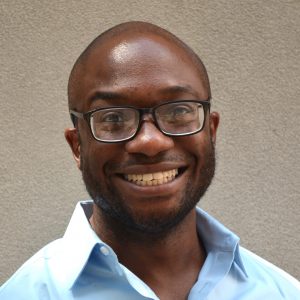 The Birmingham Museum of Art announces the appointment of Horace D. Ballard, Jr. as the new Curator of Education. Ballard joins the Museum most recently from his position as an educator at the Rhode Island School of Design (RISD). He began his duties at the Museum on August 10.

“We are thrilled to welcome Mr. Ballard to Birmingham as the Museum’s new Curator of Education. His extensive academic training and broad experience in the cultural sector make him an ideal leader at Birmingham Museum of Art, at a time when we are exploring what it means to be a truly community responsive museum for our city,” says Gail Andrews, R. Hugh Daniel Director of the Birmingham Museum of Art. “Horace has a transcendent gift of making meaningful connections between people and art, and I look forward to see his dynamic vision for our education initiatives unfold as he settles into his new role.”

As the Curator of Education, Ballard will oversee the development, implementation, and management of the museum’s wide-ranging education programs including gallery interpretation, studio classes, public programs, docent training, community engagement, arts camp, teacher and school services, and volunteer recruitment. In 2014 alone, the Birmingham Museum of Art presented nearly 1,100 educational opportunities to the public.

At RISD, Ballard worked at the Museum of Art where he taught courses, developed programs, and facilitated community engagement for the Continuing Education Department and School & Teacher Programs division. He focused on the Museum’s K-12 audience, coordinating tours for students and professional development opportunities for teachers. During that time, he served as a graduate lecturer at Brown University and a graduate collections manager at the Haffrenreffer Museum of Anthropology in Rhode Island. Additionally, Ballard has acted as a consultant and curator of American art for the last ten years. Past experience also includes public relations, marketing, and development for several other leading cultural institutions, such as the Monticello/Thomas Jefferson Foundation, the Studio Museum in Harlem, and the Yale University Art Gallery.

Ballard recently finished writing his dissertation on nineteenth-century American photography at Brown University. In addition to the awarding of his Ph.D. by the end of the year, Horace holds an A.M. in American Civilization and Public Humanities from Brown University; an M.A. in Religion from Yale Divinity School; a B.A. in American Studies, and a B.A. in English Language and Literature from the University of Virginia. Ballard has contributed to numerous publications on various subjects ranging from race and religion to American and contemporary art. He lectures regularly at museums and universities across the country.

His appointment is the latest in a series of curatorial hires for the Birmingham Museum of Art which includes the additions of Robert Schindler as the Curator of European Art in 2013 and Wassan Al-Khudhairi as the Curator of Modern and Contemporary Art in 2014.