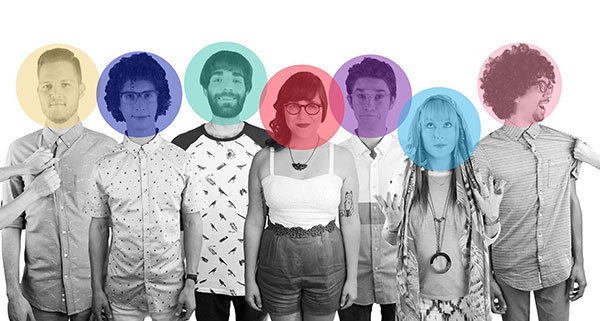 Art On The Rocks presented by Dale’s Seasoning is always changing, but there are two things you can always count on: incredible live music and a good time. For the 2016 season finale on Friday, New Orleans band Sweet Crude is bringing their indie pop sound and cajun roots to the stage after recently winning “Best Rock Band” at the Big Easy Awards. They’re known for their mix of traditional meets today, and to truly understand what that means requires seeing this group in person. You will hear the language and dialect of their Louisiana French ancestry, but in a way that is totally modern.

Check out our interview with Sweet Crude’s Sam Craft, and hear the band live at Art On The Rocks on Friday, August 19.

Birmingham Museum of Art: Everybody wants to know the band’s story. How did you all meet, and how did you compile musical tastes?

Sam Craft: We’ve all been in the New Orleans music scene for several years, and it happens to be a pretty tightly-knit community. Everyone in the band had played music together in other projects in some form or another, so we didn’t have to look far when we were figuring out who would be a good fit.  Additionally, a pre-requisite for being in the group was an understanding of what kinds of sounds would suit us best, and those meetings of the mind came out of jamming together and listening to demos of early versions of Sweet Crude songs put together by me and bandmate Alexis Marceaux.

BMA: Art On The Rocks is about blending the best of Birmingham culture (music, performances, food, and more) with the beautiful Museum environment. In the spirit of fusing music and art, tell us which visual artists might best represent Sweet Crude?

SC: I’d pair Sweet Crude with John Baldessari. His illustrations and text overlays on top of found photographs is more or less what we are doing, mixing an old dialect of French with modern pop music.

BMA: In Birmingham, we have a really great food culture. If your music were perfectly paired with a delicious meal and cocktail, what would be on the menu?

BMA: What can we expect from your show at Art On The Rocks?

SC: The audience can expect energetic pop songs with lots of drums, singing, and silly banter. We love coming to Birmingham, but we’ll probably mention New Orleans like 1,000 times. We’re greatly looking forward to it!