Originally, President Theodore and First Lady Edith Roosevelt wanted their official White House dinner service – which was needed after the State Dining Room was enlarged around 1900 to seat over 100 guests – to be manufactured in the United States. However, after the Knowles, Taylor and Knowles Pottery Company of East Liverpool, Ohio, who received the special request for more than 1,300 pieces, turned down the order because it was too large, the service was made instead by Wedgwood.

Mrs. Roosevelt chose the pattern – a simple border design of radiating gold lines called Ulunda – from among several samples. The only change was the addition of the Great Seal of the United States. The completed service arrived at the White House in 1903 at a total cost of $8,094. The service set a precedent and generated interest in White House china. Edith Roosevelt was the first to display past sets of official White House china in a special cabinet made by Gustav Stickley on the ground floor of the White House. 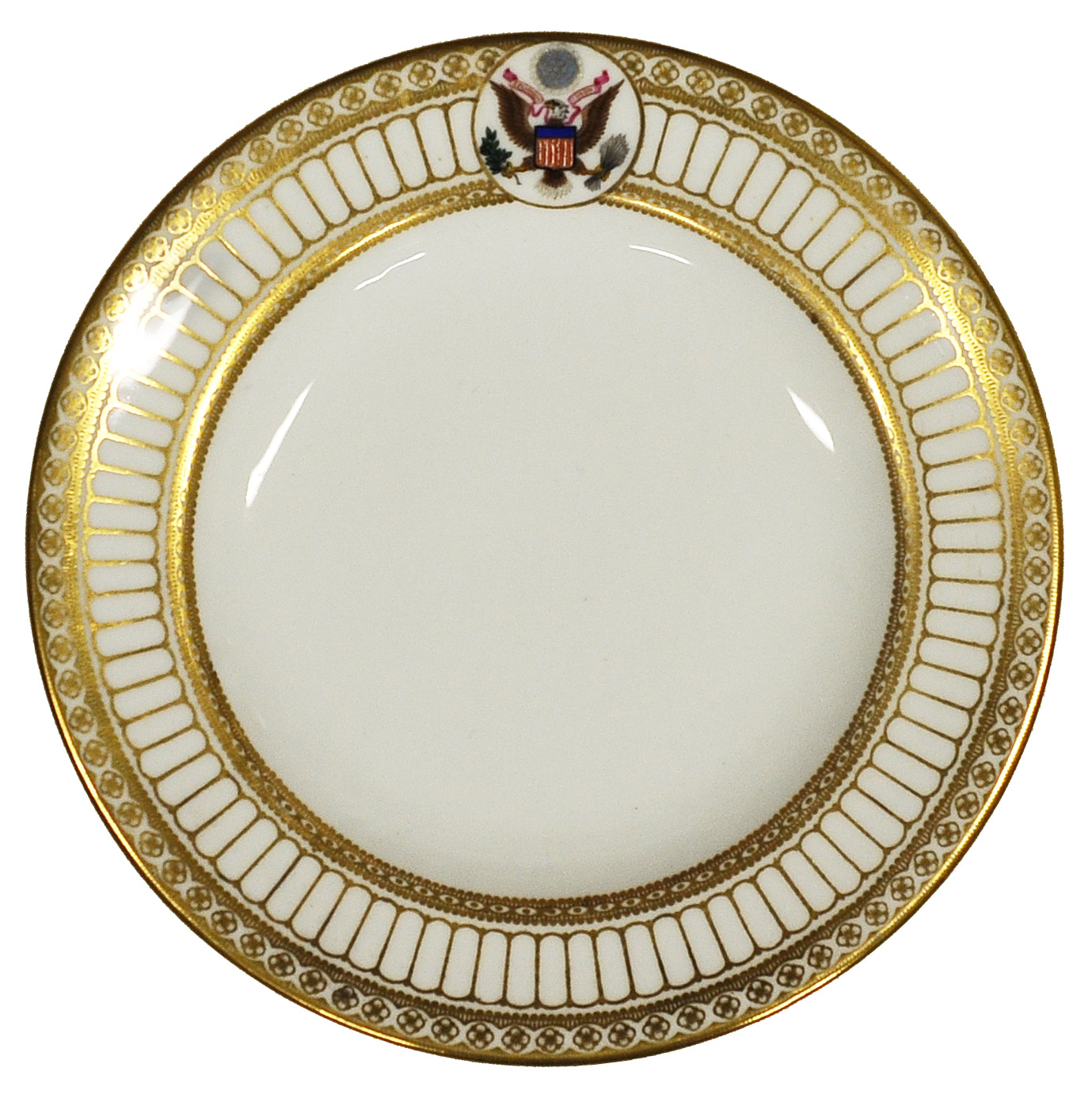 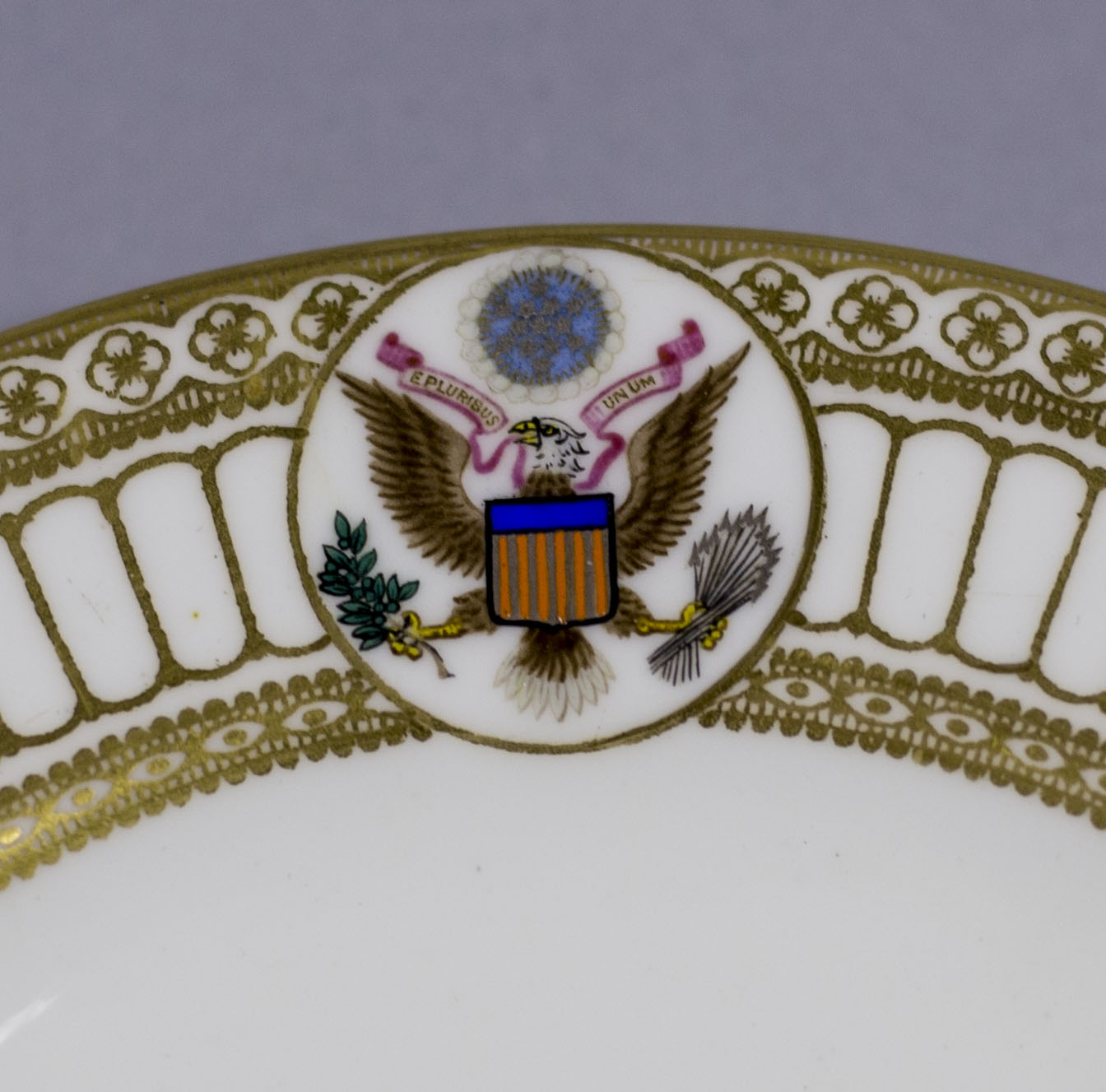