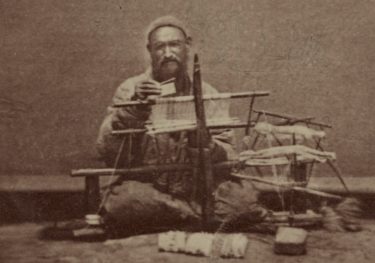 As we get ready to welcome our new exhibition, All the Colors of the Rainbow: Uzbekistan Ikats from the Collection of Peggy Slappey, it is important to consider what makes these 19th-century ikat robes so unique, intricate, and fascinating. To understand what makes an ikat robe so special, we wanted to start from the beginning and explore their origination: how is an ikat robe made?

A cooperative effort between people of different religions and backgrounds, the production of an ikat textile is a complex process that takes many skilled hands. From the raising of the silkworms to the final polishing of the material requires great effort and time. A set division of labor between a variety of specialized craftsmen from the Jewish and Arab communities were involved in this complex process.

Here are the 10 not-so-simple steps of the ikat-making process:

For more information about the exhibition, click here. This text was taken from our exhibition catalog, which will be for sale soon in the Museum Store! 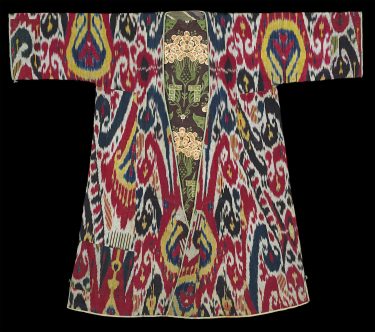